A coating of single-walled carbon nanotubes improves the performance of li-ion cell cathodes: They show longer lifetimes and stable capacities even at very high rates. 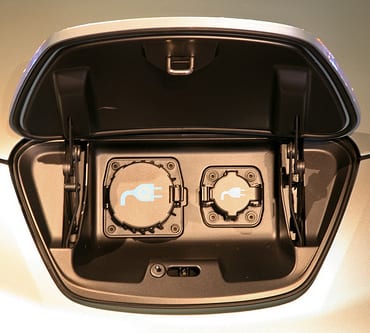 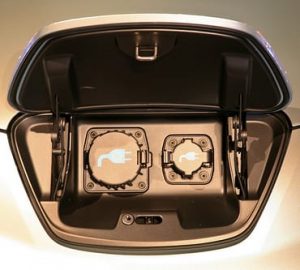 A coating of single-walled carbon nanotubes improves the performance of LiNi0.4Mn0.4Co0.2O2 cathodes: They show longer lifetimes and stable capacities even at very high rates.

Mobile phones, notebook computers, digital cameras – Lithium-ion cells are the energy source of choice for all kinds of portable electronics. Their high energy density allows for small and lightweight batteries even for devices with high power demands; a property that is also of interest for electric vehicle applications. Still, their limited lifetime, safety issues, and expensive electrode materials have so far restricted the use of Li-ion cells in hybrid or electric cars. In particular, LiCoO2, commonly used in Li-ion cathodes, is unsuitable for vehicular use due to its lack of stability at higher voltages. Modifications with nickel and manganese result in more thermal stability, but, in return,cause a reduction of capability at high rates and shorter lifetimes. Anne Dillon and colleagues from the United States have now managed to overcome this problem by wrapping such nickel manganese cobalt cathodes in a net of single-walled carbon nanotubes (SWNT).

Among the substituted cathode materials, the compound of the composition LiNi0.4Mn0.4Co0.2O2 has one of the highest capacities; unfortunately, its electrical conductivity is rather poor, causing the high capacity to fade, especially at high rates. Thus, in order to create a more durable, high-rate capable cathode, the surface has to be stabilized and its conductivity has to be improved – for example, with SWNTs. The American researchers therefore coated a LiNi0.4Mn0.4Co0.2O2 cathode with the nanotubes and compared its properties to those of an unmodified, conventional LiNi0.4Mn0.4Co0.2O2 cathode

Exposed to repeated cycling at various rates, both cathodes showed the same initial capacity of almost 160 mA h g-1 at a rate of 0.5 C. However, the capacity of the unmodified LiNi0.4Mn0.4Co0.2O2 decreased rapidly, amounting to only 50% after 100 cycles and vanishing completely at a higher rate of 5 C. In contrast, the SWNT-coated cathode maintained its initial capacity and still reached 130 mA h g-1 at 5 C. Even after 500 cycles at 5 or 10 C, the modified material lost only 8 and 9% of its initial capacities of 130 and 120 mA h g-1, respectively. Impedance spectroscopy confirmed the improved conductivity of the cathode surface: While the spectra of the conventional cathode showed an increased charge-transfer resistance during cycling, the behavior of the SWNT-modified material remained unbiased – allowing for the exceptionally high rate-capability: This promising material could bring Lithium-ion cells one step closer to be the power source of choice for applications in electric vehicles.