Imagine a scenario where CO2 greenhouse gas emissions could be used to desalinate briny water. This would be a creative way of killing two birds with one stone, namely helping to ameliorate global-warming-induced climate change and producing high quality water for agriculture and drinking purposes. 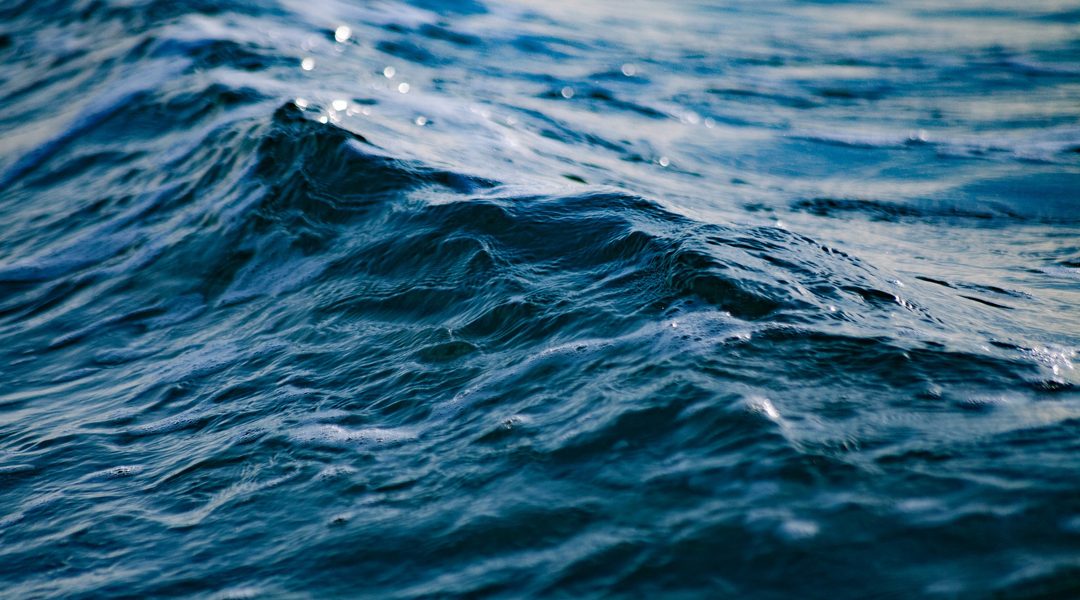 Water, water, everywhere,
Nor any drop to drink.

Imagine a scenario where CO2 greenhouse gas emissions could be used to desalinate briny water. This would be a creative way of killing two birds with one stone, namely helping to ameliorate global-warming-induced climate change and producing high quality water for agriculture and drinking purposes. 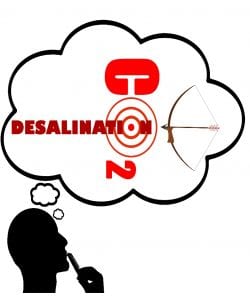 In this context, recall every continent is already experiencing freshwater shortages driven by population growth, global warming and environmental pollution. Recent research from the World Bank has shown that the problem of water scarcity is greater than previously estimated and could cost as much as 6% of GDP by 2050 if action is not taken to ameliorate it.

The number of people without access to a clean and secure freshwater supply is estimated to be about 4.3 billion and 71% of the world’s population exist under conditions of moderate to severe water scarcity for at least one month per year. The United Nations predicts that by 2025, 14% of the global population will suffer from water scarcity.

The World Bank report considers that the growing risk from water scarcity could result in global sociopolitical instability. Desalination of seawater and brackish water seems to be the only feasible way to increase the supply of high-quality water for drinking and agriculture uses and solve these problems.

Today, the installed base of desalination plants around the world has a capacity of around 19.8 billion US gallons. The global demand for water desalination products and services was estimated to be $13.4B in 2015. Globally, more than 17 000 desalination plants in 150 countries provide some freshwater to around 300 million people with capacity growing about 8 percent annually.

Out of necessity, countries in the Middle East have dominated the desalination market. However, the specter of freshwater shortages is increasing around the world and many countries have opted to install desalination facilities. These desalination processes are energy intensive and costly. They are powered mainly by electricity generated from fossil fuels with the associated adverse greenhouse-gas-induced climate change and environmental consequences.

Desalination by membrane-based reverse osmosis and thermal distillation are the two most practiced approaches for producing pure water from seawater and brackish water today. Solar- and wind-powered versions of these desalination methods avoid some of the problems inherent in the use of fossil fuels. Interestingly, the use of these intermittent renewable forms of generated electricity for powering reverse osmosis and thermal distillation can be considered to be a means of electricity storage and reduction of peak demand.

Direct absorption of heat from the sun can also be used for driving thermal distillation; however, in this case bulk water is involved in the evaporative desalination process, yet evaporation is a surface physicochemical phenomenon. This limitation can be overcome by a different approach, whereby concentrated light absorption and heat generation from the sun is localised at the interface between air and water, where the surface free energy and evaporation rate of the water is highest. This is achieved with a broad band, highly absorbing, black-colored porous membrane floating on the water. The local heating caused by the photothermal effect in the membrane causes the surface water molecules at the air–water interface to preferentially evaporate through the pores thereby enabling solar powered desalination. A number of photothermal desalination schemes have appeared in the recent literature.

An alternative way of obtaining potable water from briny aqueous sources makes use of CO2 rather than producing it. The concept behind this innovative approach to desalination is to exploit the unique properties of water to form crystalline clathrate hydrates with CO2 under conditions of high pressure and low temperature.

The clathrates hydrates are three-dimensional, hydrogen-bonded water cage-like structures that can entrap and host gaseous carbon dioxide within the cages. They are denoted CO2@H2O. The cage structure is formed from the interaction of CO2 gas with water molecules in ice. The CO2 molecules are then entrapped within the structure.

Clathrate hydrates CO2@H2O display pressure-induced phase transitions between cubic, hexagonal and orthorhombic forms, the crystal structures and properties of which (e.g., stability, gas saturation energetics, guest–host interactions, vibrational spectra) have been studied both experimentally and theoretically. Notably, the physical properties of CO2@H2O are relevant to the geology and composition of icy bodies in the Solar System, where temperatures and pressures and the presence of water are conducive to their formation. CO2@H2O clathrate hydrates have also been considered as a means of storing greenhouse gases by injecting them into deep saline aquifers (F. I. Ruiz et al., Materials 2016, 9, 777).

It turns out that CO2@H2O clathrate hydrates also crystallize under conditions of high pressure and low temperature in salty water. The solid CO2@H2O can subsequently be separated from the aqueous salt solution. By returning the pressure and temperature of CO2@H2O to ambient, the gaseous CO2 is released, leaving pure H2O behind and allowing the CO2 to be recycled.

A life cycle assessment has shown that the cost of capture, purification and transportation of CO2 emissions of the flue gas of a power plant can be recovered from the revenue obtained from the sale of purified water. The economics of the CO2 desalination process depend on the level of total dissolved solids that remain in the water after purification. The purity of the water that is considered sufficient for use, in for example agriculture or reuse in hydraulic fracking, should have a total dissolved solids level of around 500 ppm and to be acceptable for residential drinking, less than 100 ppm.

For CO2 desalination processes of the kind described above to be commercially viable in terms of demand and cost it is important to choose geographical regions of a country in which the brine and CO2 sources are both available and in close proximity. In the case of municipal water, agricultural water, hydraulic fracturing water and water produced from oil and gas operations, business models have been developed that estimate a market size and value for CO2 desalination.

These models have been used to estimate the unit cost of production of water with approximately 500 ppm total dissolved solids suitable for agricultural use starting from 233 000 ppm brine using a two-stage CO2 desalination unit. The cost of the purified water was found to be $1.36 per 1000 gallons. This price is to be contrasted with $3.17 per 1000 gallons for residential drinking water, with approximately 21 ppm obtained from a three-stage desalination unit. It is envisioned that ongoing research and development will continue to reduce the energy flows and economic costs of CO2-based desalination processes to the point that they become competitive with membrane-based reverse osmosis and thermal distillation approaches currently used for desalination.

CO2 desalination and CO2 utilization in one fell swoop, what a great way to achieve two clean technology goals at once!