Researchers have created a high performance and selective activated carbon from the dairy industry's excess milk for scalable carbon capture. 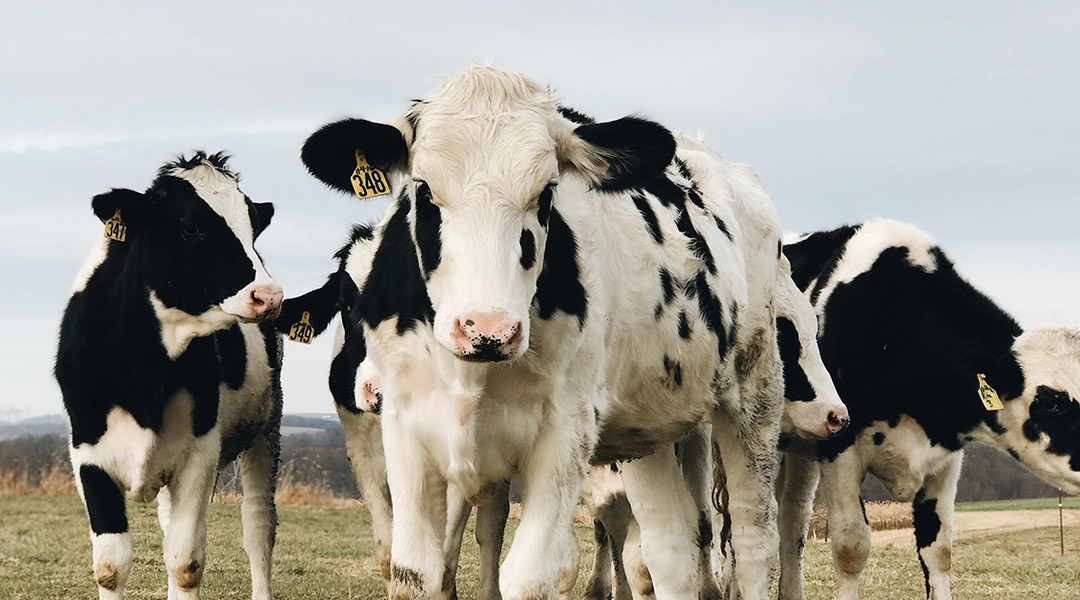 Rising greenhouse gas emissions are contributing to to one of the greatest challenges currently facing humanity. In addition to eliminating harmful practices, researchers are striving to create scalable and sustainable solutions to help remove gases, such as carbon dioxide, from the atmosphere.

According to Professor David Mitlin from The University of Texas at Austin and Professor Mario Wriedt from Clarkson University, there is likely no “silver bullet solution”, but rather a combination of approaches that will collectively reduce greenhouse gas emissions to tackle climate change. In this arena, the duo poses an interesting and innovative new idea.

“One major source of carbon dioxide is fossil fuel–based power plants, [while] another is cows,” said Mitlin. “While neither is going away, it may be possible to substantially reduce the amount of carbon dioxide emitted by employing the surplus milk obtained from the latter.”

In a recent paper published in Advanced Sustainable Systems, Mitlin, Wriedt, and their team created high-performance carbon capture materials from powdered milk. “Milk can be turned into advanced activated carbons with exquisitely tuned porosity and surface chemistry,” said Mitlin. “We are in no way advocating producing more milk just to use as the precursor for the carbons. Rather, we are proposing that the milk that is currently being disposed (there is a surplus in North America) can be put to good use.”

The dairy industry has seen a decline in consumption since the 1980s, while the amount of milk per cow has increased. This means that in places such as North America, milk is produced in excess, with dairy farmers disposing of more than 80 million gallons of milk every year. But waste not, want not! Mitlin and Wriedt see milk as a readily available, sustainable waste stream for new carbon capture technologies that could help offset emissions produced in the dairy industry.

“The structure of the milk allows for excellent control of the carbon’s porosity and surface chemistry, beyond what is possible with standard precursors such as coconut shells or coal,” said Mitlin. This means that the team was able to prepare activated carbon from a natural precursor that was both selective for carbon dioxide and high performing, a combination which Mitlin and Wriedt say has not been reported before.

“The big challenge that this work addresses is obtaining a combination of selectivity (carbon dioxide vs. water vapor) necessary for power plant flue gas capture, while keeping the overall capacity high and the cost relatively low,” explained Mitlin. “Typically, you can have one, maybe two, but not all three in a single material. High carbon dioxide capacity carbons are not selective, high selectivity carbons are not high capacity, and high capacity — high selectivity materials are exotic and poorly scalable.”

The carbon-based sorbents were prepared through a two step pyrolysis process involving the conversion of powdered milk into biochar followed by activation with a base at elevated temperatures. “It’s a more sophisticated version of what is done to roast coffee, with the added nuance that there is a secondary chemical or physical agent involved that etches nanoscale holes onto the material,” said Mitlin.

Cow milk is composed of a number of proteins, fats, and minerals. In particular, casein proteins — a family of phosphoproteins — exist as micelles within milk, stabilized internally by a combination of hydrophobic interactions, hydrogen bonding, and the bridging of calcium phosphate nanocluters within the micelle’s core.

It is these calcium phosphate–casein protein clusters that serve as a template for the 3D structural development of carbon, as they survive the initial stages of pyrolysis during which the milk powder is heated to 400 °C, and prevent the carbon structure from collapsing in on itself. During the second activation step, the base KOH reacts with carbon to produce potassium carbonate, which decomposes and leaves behind nitrogen- and oxygen-rich micropores. The resulting activated carbon was shown to effectively and reversibly trap carbon dioxide while excluding water vapor.

The team were able to fine tune the micropore size by controlling variables of the synthetic process such as temperature, time, and the amount of base used. “Hence these milk-derived activated carbons may be tuned for other applications as well, including indoor air purification and water treatment,” said Mitlin.

The team emphasizes that this work demonstrates that one does not have to compromise between performance and scalability. “To get state-of-the-art selectivity, the precursor and the syntheses route do not have to be super-exotic,” said Mitlin. “One just needs to understand the structure of the precursor and marry it to a tailored fabrication route. There is no one-size fits all approach for making advanced carbons.

“We hope that our work inspires other researchers to look for ways to create high-performance (emphasis on high-performance) carbon capture sorbents that are in-principle highly scalable. Something where tons may be readily produced at relatively low cost.”