Submit your nomination for the 2018 JPS Award. 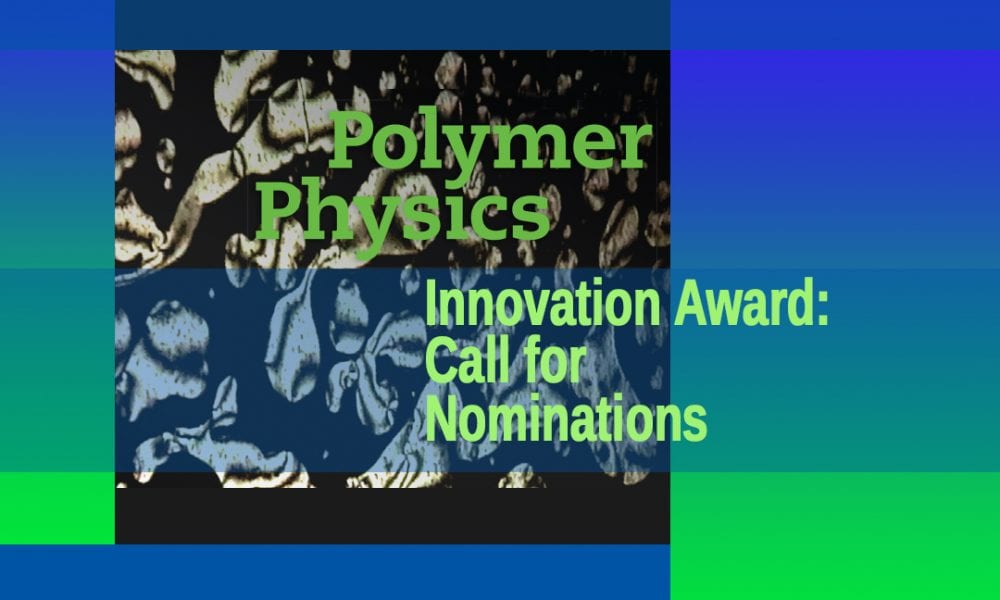 The Journal of Polymer Science Innovation Award was established in 2012 to celebrate significant research innovation and achievement in a polymer scientist under 40. The Journal of Polymer Science Part A and Part B is again proud to announce the call for nominations for the seventh year of its international award. The award consists of a symposium in association with the Polymeric Materials: Science and Engineering (PMSE) Division of the ACS and a dinner in recognition of the recipient at the ACS Fall meeting, a $5000 prize, and travel expenses of up to $1000 to the ACS fall meeting for the award year.

Nominations for the prize should consist of a one-page document from the nominator in support of the nominee explaining why the innovative nature of their research deserves recognition and an up-to-date CV from the nominee. Please send nominations to jpschem@wiley.com or jpsphys@wiley.com before January 18th, 2018.