The less trains weigh, the more economical they are to run. A new material capable of withstanding even extreme stresses and over 35 percent lighter than their steel and aluminum counterparts has now been developed. 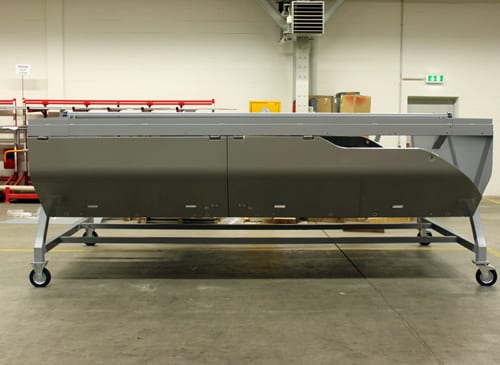 In their efforts to render cars and trains more economical, manufacturers are trying to find lighter materials to replace those currently used. However, lighter materials tend not to be as tough as steel or aluminum, so they cannot simply be used in place of these metals. Rather, it is a question of manufacturers deciding which components can really afford to have weight shaved off and how to integrate them into the overall systems. 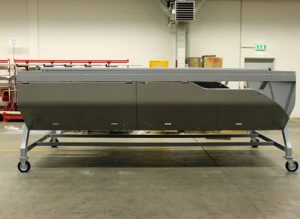 Working together with Bombardier GmbH, KraussMaffei Kunststofftechnik GmbH, Bayer MaterialScience AG, DECS GmbH, the DLR’s Institute for Vehicle Concepts, the University of Stuttgart and the Karlsruhe Institute for Technology, researchers at the Fraunhofer Institute for Chemical Technology ICT in Pfinztal have now developed a polyurethane-based sandwich material that is extremely resilient. “To demonstrate the material, we manufactured a component that is subject to significant stresses and which has to fulfill a number of requirements – the diesel engine housing for a train,” says Jan Kuppinger, a scientist at the ICT. This housing is located beneath the passenger compartment, i.e. between the car and the tracks. It shields the engine against flying stones and protects the environment from any oil that might escape. In the event of a fire, it also stops the flames from spreading, thus meeting the flame retardant and fire safety standards for railway vehicles. Kuppinger adds: “By using this new material, we can reduce the component’s weight by over 35 percent – and cut costs by 30 percent.”

The researchers opted for a sandwich construction to ensure component stability: Glass fiber reinforced polyurethane layers form the outer facings, while the core is made of paper honeycomb. Polyurethane is a bulk plastic combining two substances. Since it can be adapted to fulfill various requirements, it is referred to as a ‘customizable material’. In foamed form it is soft, and can be used for example as a material for mattresses; in compact form it is strong and hard. The researchers began by incorporating various additives into their polyurethane, altering it in such a way as to ensure it would meet fire safety standards. Then, the partners optimized the standard manufacturing process, fiber spraying, by developing a mixing chamber which allows even more complex structures to be produced in any required size.

The diesel engine housing they made is approximately 4.5 meters long and more than 2 meters wide. “This is the first time it has proved possible to use this process to manufacture such a large and complex component that also satisfies the structural requirements,” states Kuppinger. Previously, one problem encountered with fiber spraying was that it was impossible to determine the precise thickness of the polyurethane top layers. But the researchers have found a way to do this, using computer tomography to inspect the manufactured layers and then applying a specially-adapted evaluation routine to establish their exact thickness. This information helps to simulate the strength of the component, as well as its ability to withstand stresses.

The scientists produced their diesel engine housing demonstrator as part of the PURtrain project, which is funded by the German Federal Ministry of Education and Research (BMBF). The demonstrator passed its first strength test – in which the scientists placed it in a test rig and then applied forces to it at various locations, measuring the extent to which it deformed – with flying colors. In the next stage, the researchers want to trial the component in a proper field test. If that, too, proves successful, it will then be possible to use the material to make roof segments, side flaps and wind deflectors for the automobile and commercial vehicle industry, and to ramp up the manufacturing process to produce medium volumes of between 250 and 30,000 units.