A new electrochemical reactor could be the solution to emissionless cement production. 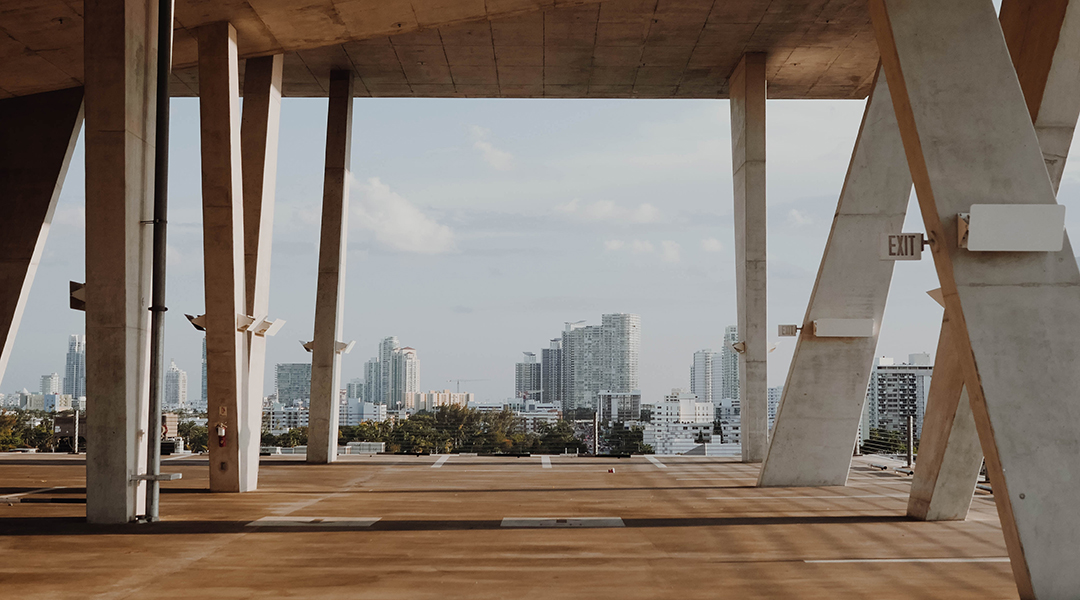 On a global scale, the only substance used more than water, in total volume, is concrete. Cement is a ubiquitous building material, and its use has been gradually increasing over the last 10 years due to its low cost, ease of manipulation, and incredible durability.

While its enormous contribution to air pollution has, until recently, largely gone unnoticed, the fact remains that the production of cement—more specifically Portland cement—is one of the world’s leading contributors of carbon dioxide (CO2) emissions, accounting for nearly 8% (2.8 Gtons per year) of global quantities.

The production of cement requires intensive heating of limestone (composed mostly of calcium carbonate (CaCO3)) and clay in giant kilns. This process not only requires enormous amounts of heat generated by fossil fuels, but releases nearly one ton of CO2 for every ton of cement produced.

With the industrialization of countries such as China and India, annual cement production is only expected to increase. Last year, the world produced 3.6 billion tons of cement and by 2060, the number of buildings is expected to double, which is equivalent to building a city the size of New York City once every 30 days for the next 40 years.

Needless to say, that’s a lot of cement! And given the looming climate crisis, drastic action is needed to curb these emissions.

To tackle this growing challenge, a team of researchers from MIT have reported a manufacturing process that mitigates the massive production of harmful CO2 emissions in previous methods, while simultaneously producing useful byproducts that are valuable to a number of industries.

“[Decarbonization] is already happening, but some industries, [such as] aviation, cement, and steelmaking, have no option to electrify at this time,” says Professor Yet-Ming Chiang, one of the study’s lead authors, speaking to Advanced Science News. “It is a great intellectual and creative challenge to find fossil-free alternatives for these industries, but it’s a challenge that we’re up for here at MIT.”

The new reactor is based on an electrochemical cell and takes advantage of pH gradients inherent in these cells to carry out the decarbonation of CaCO3.

“For us, the greatest hurdle was learning about cement chemistry and the cement industry—a very well-established field, which is in need of innovation, but has to date been somewhat neglected by cleantech researchers,” says Chiang. “From a climate change perspective, cement is the elephant in the cleantech room. It’s time we paid attention.”

To begin, pulverized limestone is dissolved under the acidic conditions at one anode, converting CaCO3 to solid Ca(OH)2 (commonly known as lime), which precipitates under the basic conditions at the other side of the cell.

The Ca(OH)2 can then be readily dehydrated in one step to produce alite, the major active phase in Portland cement, or collected for its other uses as a major component of refined sugar, pulp and paper, alkali carbonates for wastewater remediation, and as a fluxing agent in steel refining.

During the reaction, highly concentrated gas streams of hydrogen and oxygen/ CO2 gas are produced.

In contrast to conventional cement production, which produces highly contaminated CO2 that needs further “scrubbing” to be useful, the CO2 generated by this new reactor is highly pure and easily sequestered, resulting in no CO2 released into the environment. This concentrated stream of CO2 can be directly used as a feedstock in the production of urea, methanol, dry ice, and in the synthesis of plastics and polymers.

These results suggest a pathway to cost-competitive, emissionless cement manufacturing where all the electrical energy is supplied by renewable electricity generated by the reactor itself.

While scale-up for this technology is still required, this is indeed a promising and important first step in promoting electrochemistry as a viable solution to an urgent problem.

“Scaling-up is never easy! But it is especially difficult to innovate in what is the largest volume synthetic material produced today, and which already sells at exceptionally low cost,” says Chiang. “But its huge scale is exactly why cement is such a large greenhouse gas producer.  We aren’t doing this because it’s easy.

“That said, we believe there are no inherent scientific barriers to scaling up this process to production volumes similar to today’s existing cement plants.

“To take our concept further, the lab-scale demonstrations now need to be further developed in terms of reactor design and validation that the process produces a cement with properties similar to today’s Portland cement. The economics of the process also need further study.  In terms of broader challenges, given our example scientists should think about other large scale industrial processes that could be electrified.”