Bubble-free pumping of liquids in space 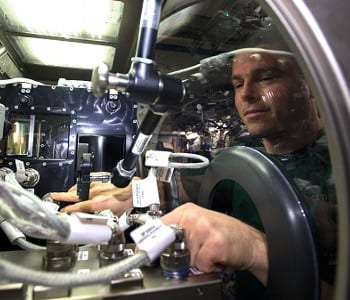 At the gas station, pumping fuel with no bubbles is no problem, but it certainly is in the microgravity environment of space. The fourth and final series of the Capillary Channel Flow (CCF) experiments on the International Space Station (ISS), which began in August 2014, has come to an end. In this collaborative project between NASA and the German Aerospace Center (Deutsches Zentrum für Luft- und Raumfahrt; DLR) Space Administration, researchers have been investigating the flow behaviour of liquids in microgravity to gain important insights for spaceflight technology – as well as for applications on Earth, such as in biomedicine.

Problems arising from the formation of air bubbles can occur in any system on board space vehicles that contains a liquid. This does not happen in a car’s fuel tank, as the fuel always sits at the bottom of the tank because of Earth’s gravity. But in space, fuel in a tank can move around.

Currently, this problem is solved by simply making the tanks larger and filling them with more fuel than is actually needed. However, by doing this, the weight and volume of the space vehicle is increased and, as a consequence, the launch costs. Another option is to install special structures in the tanks to convey the fuel to the outlet as a result of capillary action, where it can then be pumped out. 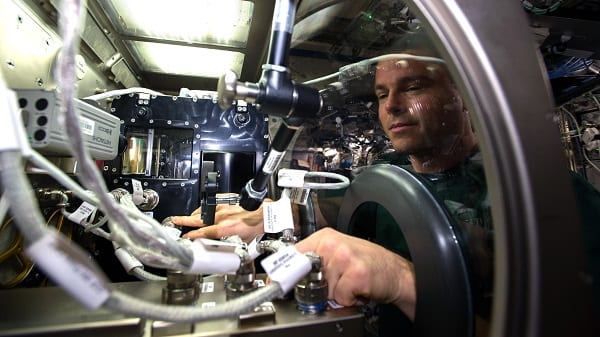 In total, the CCF experiment has been running successfully on the ISS for nearly six months, and has provided an enormous amount of data. Although this has not all yet been evaluated, the most important result for practical applications has already been determined – the theoretical model for calculating flow behaviour in capillary channels under microgravity, which the researchers had already developed, has been confirmed in full by the experiments. Hence, it is now possible for flow behaviour to be reliably calculated using computer models. In addition, the researchers were able to show in tests that air bubbles that already exist in the fluid flow can be automatically removed – even in microgravity – by using specific shapes of channel.

The foundations provided by the CCF experiment may be used in future to optimise the design of space vehicles and thus save costs. Improved availability of fuel would also extend the service life of satellites, because they would be able to maintain their position for longer. It is especially important with re-ignitable launcher upper stages that the fuel is in the right place at the right time, so the mission can achieve its goal. However, the knowledge might also be of interest here on Earth, for example in improving liquid flows in biochips for biological health screening and analysis methods.