A new manufacturing technique creates ultrathin solar cells that are so light and flexible that they can rest on the surface of a soap bubble. 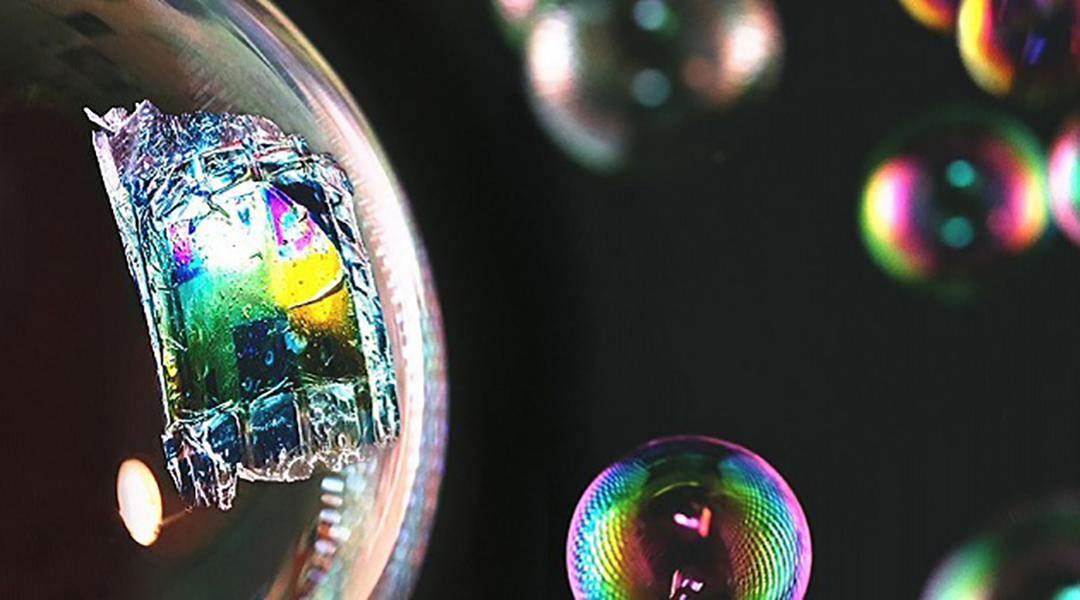 Creating ultrathin solar panels has been a longstanding goal in the field of materials sciences, and will help countless technologies transition to wireless power sources for enhanced application, mobility, and freedom.

In a recent study published in Advanced Materials Technologies, researchers Professor Derya Baran and her team from King Abdullah University of Science & Technology (KAUST) have developed solar panels that are so thin and flexible they can be embedded into the surface of a soap bubble.

“The tremendous developments in electronic skin for robots, sensors for flying devices, and biosensors to detect illness are all limited in terms of energy sources,” said Eloïse Bihar, a postdoc in Baran’s lab who led the research. “Rather than bulky batteries or a connection to an electrical grid, we thought of using lightweight, ultrathin organic solar cells to harvest energy from light, whether indoors or outdoors.”

Organic materials have shown promise in this area and have been used to create the next generation of ultralight solar harvesting devices for small-scale applications, such as powering drones. Current manufacturing practices, however, limit the design freedom and capabilities of current devices.

So instead, the KAUST researchers turned to inkjet printing, a conventional technique used in manufacturing that has many advantages over other deposition techniques, such as high versatility, easy customization, and low cost. Although the printing technique itself is amenable to scale-up and the building of layered devices, such as solar panels, developing the appropriate inks is where the challenge lies.

“We formulated functional inks for each the layer of the solar cell architecture,” said Daniel Corzo, a Ph.D. student in Baran’s team. “Inkjet printing is a science on its own. The intermolecular forces within the cartridge and the ink need to be overcome to eject very fine droplets from the very small nozzle. Solvents also play an important role once the ink is deposited because the drying behavior affects the film quality.”

To build their solar panels, the team used a highly conductive polymer called PEDOT:PSS to sandwich a light-capturing material in a thin film. The device was then sealed with a parylene coating, which is flexible and prevents degradation through moisture or chemical decomposition, and lends the device a degree of biocompatibility for use in medical settings.

After optimizing the ink composition for each layer of the device, the solar cells were printed onto glass to test their performance. They achieved a power conversion efficiency (PCE) of 4.73 percent, beating the previous record of 4.1 percent for a fully printed cell. For the first time, the team also showed that they could print a cell onto an ultrathin flexible substrate, reaching a PCE of 3.6 percent.

“Our findings mark a stepping-stone for a new generation of versatile, ultralightweight printed solar cells that can be used as a power source or be integrated into skin-based or implantable medical devices,” Bihar said.