Down to the breadboard: getting to know Rainer Waser

Getting to know Rainer Waser, director of EMRL and winner of the 2014 Gottfried Wilhelm Leibniz Prize. 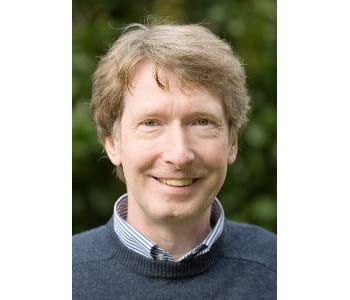 Professor Rainer Waser is the head of the Electronic Materials Research Lab (EMRL), which is split across two locations in Germany: the Peter Grünberg Institute in Jülich (PGI-7), and its partner institute, Institut für Werkstoffe der Elektrotechnik 2, at the RWTH Aachen University. He has won many awards, most recently the very prestigious Gottfried Wilhelm Leibniz Prize for 2014.

His group’s work on the development of ReRAM gained a great deal of publicity, but here are a few things that I bet you didn’t know about our new editorial board member for Advanced Electronic Materials.

You started out studying physical chemistry at TU Darmstadt. Did you grow up in this region?

Yeah, I grew up in Heusenstamm, close by.

What drew you to the study of physical chemistry?

Since I was about 15, I have been interested in chemistry, physics, electronics and philosophy. Because it was easier to have electronics as a hobby alongside a chemistry/physics study than vice versa, I decided to go for physical chemistry.

What was your first (or most satisfying) ‘Aha!’ moment in research?

There have been and are still many ´Aha!´ moments – from advanced practical courses up to today.

Do you have any scientific heroes/heroines?

What is the first thing you do when you get to work in the morning?

What is the first thing you do when you get home at night?

When you have holiday time, what sorts of things do you enjoy doing?

What would your personal goals be? (They don’t have to be related to your work.)

Biodiversity of the world, sustainable energy supply (e.g. without any fossils), political conditions that make a culture flourish, how to fight the growing nonsense in science, how to escape the death of productivity by over-administration and bureaucracy…

You are currently directing research in both Jülich and Aachen. What’s the travel time like between the two institutes?

Are you based primarily in one location, or do you often need to commute between the two campuses during the day?

Typically I am at the two campuses every day.

You have a large and successful research group. Do you enjoy the supervision of early scientific careers?

You have a great deal of responsibility. What do you like most about being able to direct research across the EMRL?

Of course, I have several very capable senior scientists in my group. Without them, hardly anything would work.

As well as collaborations with other academic institutes, you also have ties with several large electronics companies. Has your group’s research already been applied commercially?

Indirectly, yes: our ideas have been merged into commercial technologies; and also directly, yes, through the company aixACCT Systems which a former co-worker, Dr. Stephan Tiedke, founded in 2000.

As a scientist and author, and also as a new member of the editorial board for the new journal Advanced Electronic Materials, would you like to comment on the current state and future directions of scientific publishing?

I hope publishers, scientists, and law-makers find the right balance between commercial interests and access to information. And I hope that quality of papers based on well founded knowledge will grow again, as compared to the flood of superficial papers written by authors who did not take the time to acquire a solid textbook knowledge and who do not bother themselves reading the literature carefully and beyond the narrow boundaries of their own field.