Breaching the wall: How malaria parasites enter the human brain

Researchers uncover how malaria infiltrates the blood–brain barrier and contributes to disease severity. 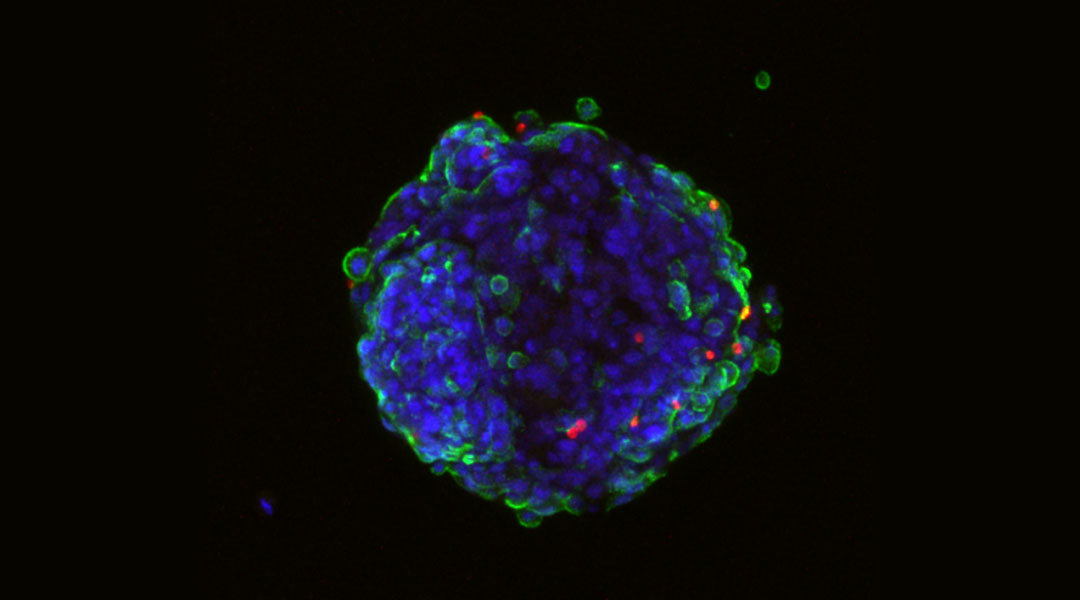 Malaria is a disease that has threatened mankind for millennia. The latest WHO World Malaria Report published in November 2020 stated that 220 million clinical cases and 400,000 deaths occurred in the previous year, with the majority of cases occurring in the WHO African Region. While researchers are working tirelessly to provide therapies and develop vaccines to help treat this rampant disease — which disproportionally affects children — understanding the underlying mechanisms that trigger disease severity is important.

Malaria is caused by a single-celled parasite called Plasmodium, with different Plasmodium species capable of infecting humans, and each causing a different form of the disease. Severe cases of malaria occur when infection leads to complications in the body’s major organs, and are usually related to infection by Plasmodium falciparum (P. falciparum), the causative agent of malaria tropica. P. falciparum has a complex lifecycle that involves infection via an insect host (female Anopheles mosquitoes) and eventually the invasion of red blood cells for asexual reproduction. This triggers the majority of disease symptoms, such as the distinct fevers malaria patients often experience.

Cerebral malaria, one manifestation of severe malaria, is caused when infected red blood cells obstruct blood circulation within brain blood vessels. This leads to swelling and inflammation in the brain and serious consequences for the patient. Deciphering the exact origin and development of cerebral malaria is crucial to minimizing disease severity and ultimately saving lives.

This is what a team of international researchers led by Professors Anja Jensen and Yvonne Adams from the University of Copenhagen set out to do. In a study published in the Journal of Experimental Medicine, they deciphered an important aspect of cerebral malaria. That is, they observed that P. falciparum-infected red blood cells are taken up by endothelial cells in the blood–brain barrier — a well-defined structure of tightly connected cells which protect the brain against invasion. Interestingly, parasite-carrying red blood cells were found not only within the endothelial cells.

Human red blood cells are highly specialized and are generally responsible for oxygen transport around the body. Old red blood cells are removed from blood circulation after approximately 120 days, an important task carried out by the spleen, which not only ensures a proper oxygen supply but also aids in mitigating infection as infected cells will be eliminated before the disease can ramp up.

This is a detrimental process to malaria parasites, and one that they need to circumvent at all costs to ensure its survival. As a result, the parasites facilitate the presentation of their own proteins on the surface of the red blood cells that they had infected. This action serves to essentially trick the body and its army of immune cells, saving the infected cells from removal from the blood by the spleen.

One of these parasitic surface proteins is called PfEMP1 (P. falciparum erythrocyte membrane protein 1), and interestingly, the malaria parasite is capable of producing not just one version of it, but different versions that form what biologists call a “protein family”. Every single member of this PfEMP1 protein family is encoded within the genome of the malaria parasite, but it will only display one version of the PfEMP1 protein on the surface of the infected red blood cell at a time.

To make things even more interesting, individual parasites are able to switch the PfEMP1 version they present on the surface of the infected red blood cell in order to avoid detection by the immune system if the previously used protein is recognized. This allows the parasite to continue with their red blood cell infection and progeny production.

These PfEMP1-based interactions and their association with cerebral malaria has fascinated Jensen and Adams for years.

In 2015, they first spotted P. falciparum-infected red blood cells within human brain endothelial cells, a rather unexpected observation because malaria parasites have, until now, only been shown to infect red blood cells and liver cells called hepatocytes. However, the novel observation was supported by pathologists who had previously witnessed the same phenomenon.

Interestingly, endothelial cells have the natural ability to remove damaged red blood cells and clear blood clots from the body, and so Jensen and Adams hypothesized that the malaria parasites might actually be triggering this mechanism with specific members of the PfEMP1 protein family. Subsequent experiments showed that only infected red blood cells that presented a particular PfEMP1 version could bind receptors (ICAM-1 and EPCR) found on the surface of these endothelial cells. It had previously been shown that this event was connected to cerebral malaria episodes.

To assess whether the same phenomenon was occurring at the blood–brain barrier, the team employed a spheroid model, which is a versatile platform used for studying different biological conditions. Cells that grow in culture in the laboratory usually form only one single cell layer. However, the advantage of the spheroid model is that it allows cells, such as endothelial cells, to grow into a 3D cluster, which is a very elegant way to mimic the blood–brain barrier outside of the human body.

The spheroid model verified previous observations and provided a possible pathway explanation for the route to brain infection. Namely, it showed that malaria-infected red blood cells, which present ICAM-1 and EPCR-binding PfEMP1 proteins on their surface, are taken up and internalized by the endothelial cells. Interestingly, the endothelial cells eventually begin to swell and become more permeable, possibly opening the doorway to the brain even further. Whether this can be directly linked to the swelling of the brain observed in patients with severe malaria requires further investigation, say the authors.

In the near future, Jensen and Adams aim to look closer at the interaction between infected red blood cells and endothelial cells to gain more detailed understanding of cerebral malaria in order to provide a platform for the development of better therapies and vaccines, which are sorely needed.

For now, understanding how the malaria uses its own versatile toolbox of proteins to facilitate its uptake by endothelial cells and gain access to the brain is an important first step in that direction.