Searching for the polymer that will allow organic photovoltaic devices to reach optimal performance. 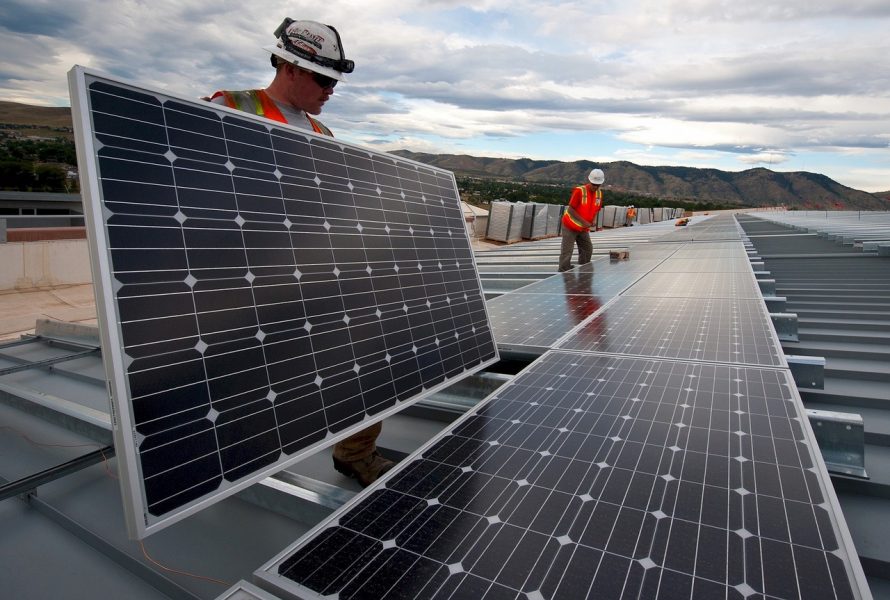 Organic photovoltaics (OPVs) are an appealing alternative to inorganic photovoltaics, such as silicon solar cells, because they are low-weight, low-cost, mechanically flexible, and have favorable processing characteristics. OPVs function differently from traditional inorganic photovoltaics and thus face their own challenges. One such challenge is the attempt to control the structure and composition of the organic semiconductors that make up the OPVs at the donor-acceptor interface; the morphology at this interface is critical for photovoltaic performance.

Zhiqi Hu and colleagues introduced flexible linking groups of various lengths into all-conjugated block copolymers (BCPs) and studied the resulting effects at the donor-acceptor interface. Following optical and photovoltaic performance analyses and computational studies, the team determined the impact of the flexible linking group on the charge transfer processes in the OPVs, finding that a short, rigid insulator would be better than a flexible linking group. Their findings also indicated that any linking group should be designed to control the electronic properties and orientations of polymers at the donor-acceptor interface. The orientation of the polymers affects the overlap at the interface, which in turn influences the photovoltaic performance.

Hu and colleagues built on previous research in the OPV field as well as the existing understanding of how OPVs function. When OPVs absorb light, a charge separation process occurs which is dependent on the structure of the donor-acceptor interface. The optimal structure and composition of the interface for promotion of charge separation is not known presently. There are also very few strategies currently to modify the interface in a way that promotes more efficient charge separation.

Prior research has explored different characteristics of the interface that can influence charge transfer, and several found that including a thin insulating spacer between the donor and acceptor can benefit photovoltaic performance. The BCPs used to study the charge separation at the donor-acceptor interface consist of covalently-bound donor and acceptor polymers with a linking group between the donor and acceptor domains. As demonstrated in this study, the linking group can vary in length and composition, resulting in differing effects on the properties of the BCPs.