Heavy bleeding could be stopped using a new formula based on proteins found in snake venom. 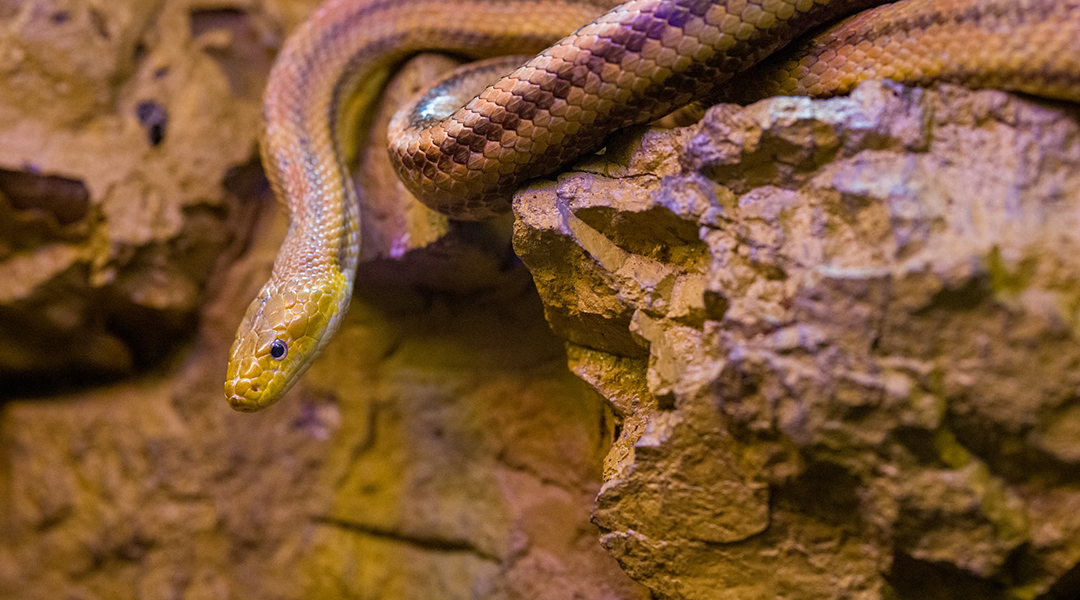 Bleeding from traumatic injury is one of the leading causes of death worldwide, and methods to stem heavy bleeding effectively remains a challenge. But researchers believe they have found a game-changing treatment by looking to a surprising source: snake venom.

“We have used naturally occurring snake venom as the source of innovation,” said Amanda Kijas, a research fellow at the Australian Institute for Bioengineering and Nanotechnology, University of Queensland. “As these potent proteins [in the snake venom] directly act on the body’s blood clot pathway to accelerate blood clot formation and another, stopping the body’s blood clot breakdown pathways.”

Kijas and her colleagues noticed that current bleeding control products are not effective enough to tackle the death rate from uncontrolled bleeding, most of which happens before the patient makes it to a hospital.

New approaches are being researched, such as extracting substances from blood itself to help in this process, but clinical application remains behind. The team therefore looked for a treatment that could be administered immediately, before the patient arrives at the ER, and looked to these proteins found naturally in snake venom as a solution. Australia is home to many venomous snakes, so they didn’t have to look far for inspiration.

The team’s innovation, published recently in Advanced Healthcare Materials, uses a thermally responsive hydrogel as the delivery method for their protein-based formula.

The advantages of this are clear, as Kijas explained: “Current antifibrinolytics [drugs which prevent blood clot breakdown] employed are delivered by intravenous injection, which requires a medical professional. Here we have taken the novel approach of delivering this topically and using a much more effective agent than tranexamic acid that is currently clinically employed and [ours] is a localized treatment avoiding potential systemic side effects.”

As previously mentioned, the team used two proteins found in snake venom. The first — ecarin — causes the blood to clot rapidly, whilst the second — textilinin — prevents the body’s natural mechanism of breaking down blood clots.

When delivered by a snake bite, the effects of these proteins act as a lethal combination, but when embedded into a thermoresponsive hydrogel network, these once deadly proteins can be turned into something live-saving. In in vitro and in vivo models, their formula was shown to form blood clots within 60 seconds, which is about eight times faster than naturally occurring clot formation.

It was also found that for patients without the ability to effectively form blood clots naturally, this treatment could still be effective in the event of heavy bleeding. “As the snake venom protein acts late in the blood clotting cascade, it is still effective when the body’s system fails to form clots due to the use of blood thinners such as warfarin, which disables the body’s natural ability to clot blood,” said Kijas. “Also, its mechanism of action is such that it would also effectively clot the blood of patients who harbor genetic mutations in the blood clotting pathways such as haemophiliacs and [those with] von Willebrand disease, avoiding potentially unnecessary hospitalizations.”

The use of a hydrogel is also a major advantage. The hydrogel with the proteins is liquid when cool, but upon contact with wound sites, it turns into gel in response to the temperature. This also has a two-in-one advantage when delivering the protein: the liquid-to-gel nature of the hydrogel allows for effective coverage of wounds of various topological structure, and the gelation process seals the wounds, preventing outside infection and allowing the proteins to get on with their job.

The hydrogel-covered wound can then be covered with medical gauze, effectively stemming heavy bleeding until the patient reaches the hospital. Kijas and her team have high hopes that this can be a widely used method in the near future.

“[We hope to] develop a product that can be included in combat packs and people’s car first aid kits to facilitate point-of-injury delivery of an effective means to control bleeding in that crucial pre-hospital phase of care, to save people’s lives or improve their outcomes,” she said. “The next challenge will be to obtain the opportunity to commercialize this product.”

“Nature has created the most elegant and sophisticated mechanisms,” she added, “and we can repurpose them to save people from dying due to uncontrolled bleeding. Taking this approach, we have shown that we can reduce blood loss by five-fold and the clots form three times more quickly when the venom gel is applied, compared to the body’s natural process.”

Low-carbon solar energy for water desalination
What ancient microbes can tell us about the environment they inhabited
Earth Day 2021: How technology is helping to fight the climate crisis
UN: Falling clean energy costs can provide opportunity to boost climate action during COVID-19 recov...