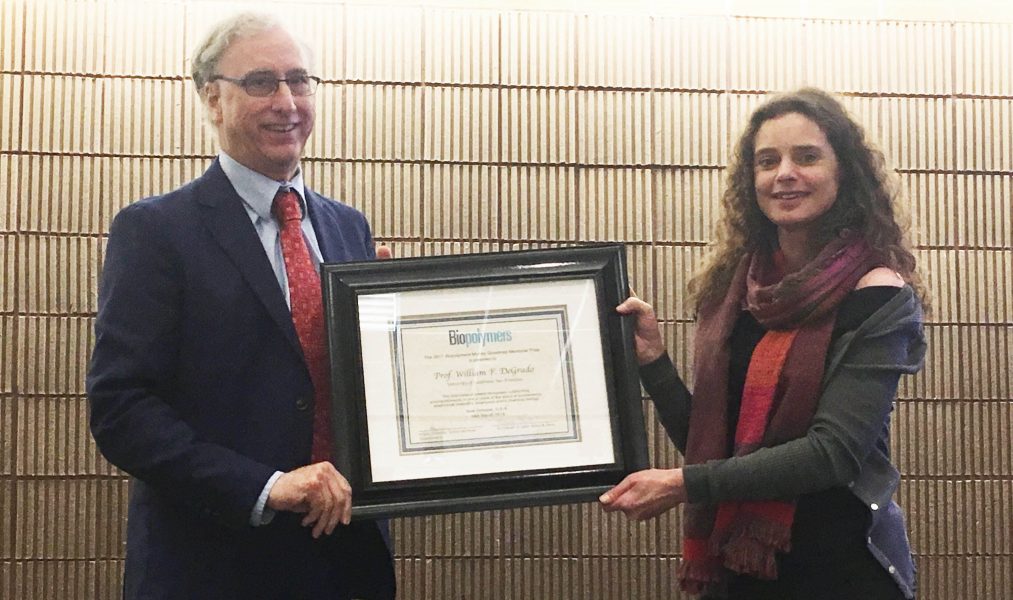 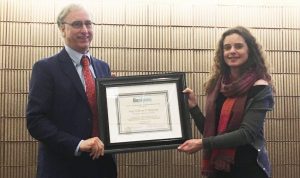 Bill obtained a BA in chemistry at Kalamazoo College and a Ph.D. from the University of Chicago.  He went on to work at DuPont Merck for many years before taking up a position at the University of Pennsylvania.  In 2011 he moved to University of California, San Francisco, where he is currently a Professor in the Department of Pharmaceutical Chemistry and an Investigator in the Cardiovascular Research Institute.  His group looks at small molecule and protein structure and function in order to gain insight into biological processes relevant to human disease, and to develop novel therapeutics.

The Murray Goodman Memorial Prize is presented in honour of the Founding Editor of Biopolymers.  The award recognises outstanding accomplishments in one or more of the areas of biochemistry, biophysical chemistry, biophysics or chemical biology.  Previous winners include Jennifer A. Doudna, Joan A. Steitz, Steven G. Boxer and Laura L. Kiessling.  Nomimations for the 2018 prize are now open; more information can be found on the Biopolymers website.

Congratulations to Bill on a well-deserved award!