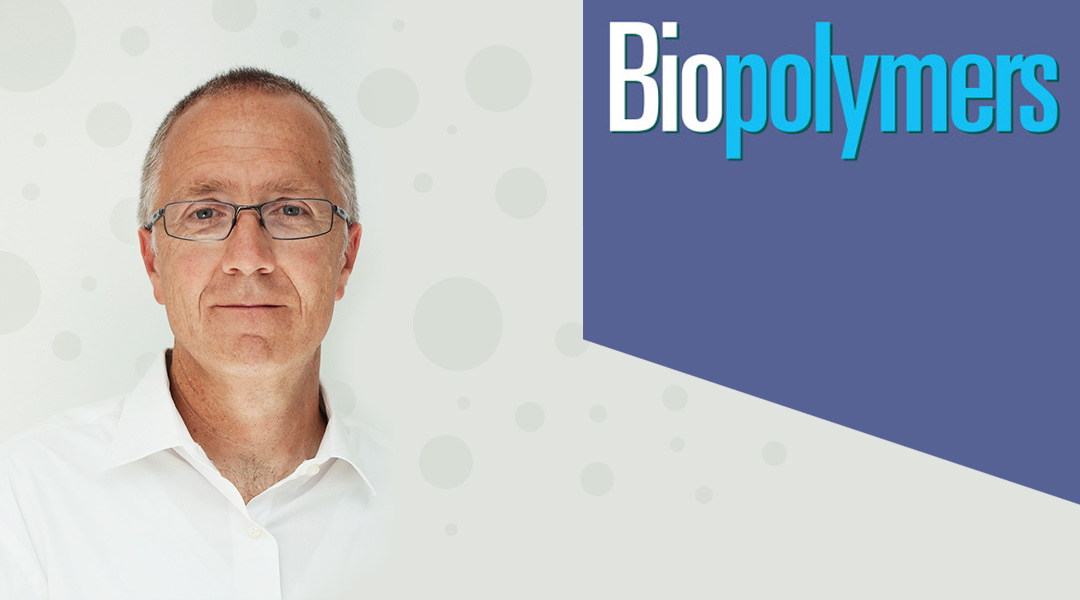 Biopolymers was founded in 1963, and now in its 13th year, the prize is awarded in reverence to the founding editor, Murray Goodman. It recognizes outstanding accomplishments in one or more of the areas of biochemistry, biophysical chemistry, biophysics or chemical biology.  Recipients enjoy a symposium in association with the Division of Biological Chemistry of the American Chemical Society at the Society’s Spring meeting.

The editors of Biopolymers are thrilled to present the 2019 Murray Goodman Memorial Prize to Professor Eric T. Kool.  The award honors his seminal work on the biomolecular recognition of nucleic acids, including the roles of base stacking, pairing, and shape in the replication of DNA.

Eric is currently The George A. and Hilda M. Daubert Professor in Chemistry at Stanford University. He also belongs to Bio-X, Stanford’s interdisciplinary biosciences institute, the Maternal & Child Health Research Institute, the Stanford Cancer Institute, and is affiliated with Stanford ChEM-H, an institute bringing together physical sciences and engineering with medicine and human biology with the goal of tackling challenges in human health.

Eric received a Ph.D. in chemistry from Columbia University and was a postdoctoral fellow at the California Institute of Technology.  He then moved to the University of Rochester in 1990 where he remained until 1999 when he joined the Department of Chemistry at Stanford.

There are many highlights to Eric’s multiple contributions to the field. These include the development of rolling circle amplification based on circular oligonucleotides, and the idea that non-hydrogen bonding isosteres of DNA bases can function normally as part of DNA, showing that polymerase replication can occur without Watson-Crick hydrogen bonding. He went on to use modified DNA bases to investigate the role that aromatic stacking plays in DNA structure and thermodynamics, and has also developed new, size-expanded oligonucleotides, called xDNA, that increase the information that can be encoded by a DNA sequence and could be used to study the DNA replication machinery.

Overall, he and his group aim to develop a fundamental understanding of DNA and RNA chemistry by designing novel nucleobases and nucleotides. Through this, they hope that they can realize probes for diagnosis of cancer, useful fluorescent tags for biology, and fluorescent sensors of, for example, toxic metals.

We are delighted to present Eric with the 2019 Biopolymers Murray Goodman Memorial Prize and invite you to join us at his award symposium in Philadelphia next Spring.