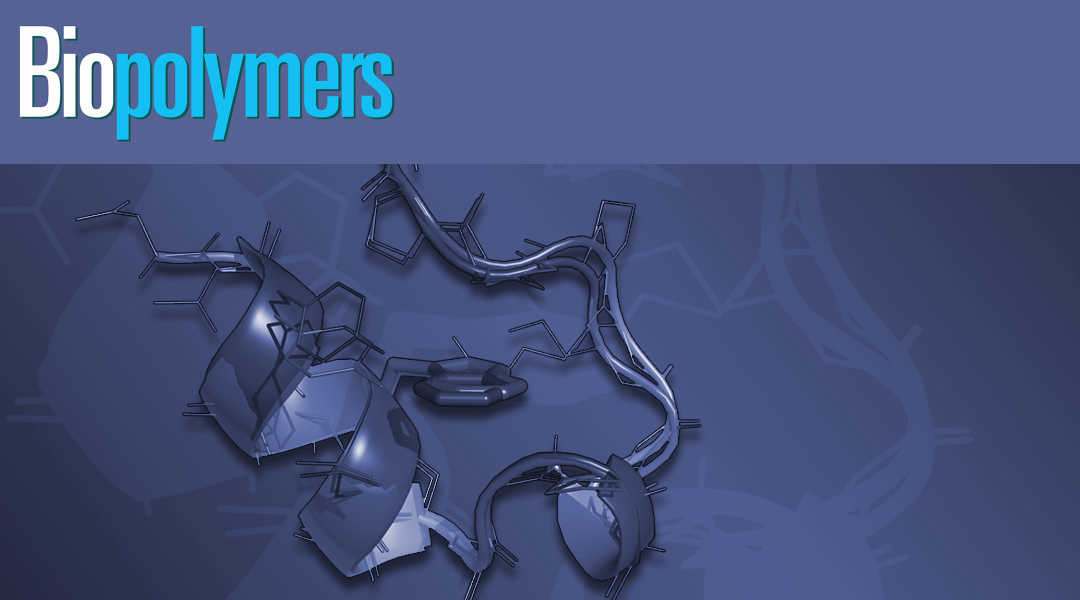 Nominate a colleague for the Biopolymers Murray Goodman Memorial Prize!

Established in 2007 in honour of the Founding Editor of Biopolymers, Professor Murray Goodman, the Prize consists of a symposium in association with the Division of Biological Chemistry (BIOL) of the American Chemical Society Spring (ACS) at the ACS Spring meeting the year following the award and US$5,000.  The recipient will also receive travel expenses of up to US$1,000 to the ACS meeting along with a celebratory dinner at the meeting, and an invitation to write a Review for Biopolymers.

Nominations for the 2019 award should contain a statement of 1,000 words or fewer written by the nominator, detailing the research accomplishments of the nominee and explaining why their research deserves recognition, as well as an up-to-date version of the nominee’s CV.  Two letters of support should also be provided, including one from the primary nominator.

Please send all nominations to the Editor-in-Chief of Biopolymers, Dr Hilary J. Crichton, hcrichton@wiley.com, no later than the 19th August 2019.

The 2018 winner recognised David N. Beratan for his seminal contributions to biophysics and their impact on our understanding of charge transport in biomolecules.  Earlier awardees include Steven G. Boxer, Jennifer A. Doudna, William F. DeGrado, Laura L. Kiessling and Joan A. Steitz.