Bioinspired 3D Matrices: The Role of the Microniche in Controlling Cell Function

How best to engineer synthetic microenvironments for developing and maintaining living tissues inside synthetic compartments is discussed. 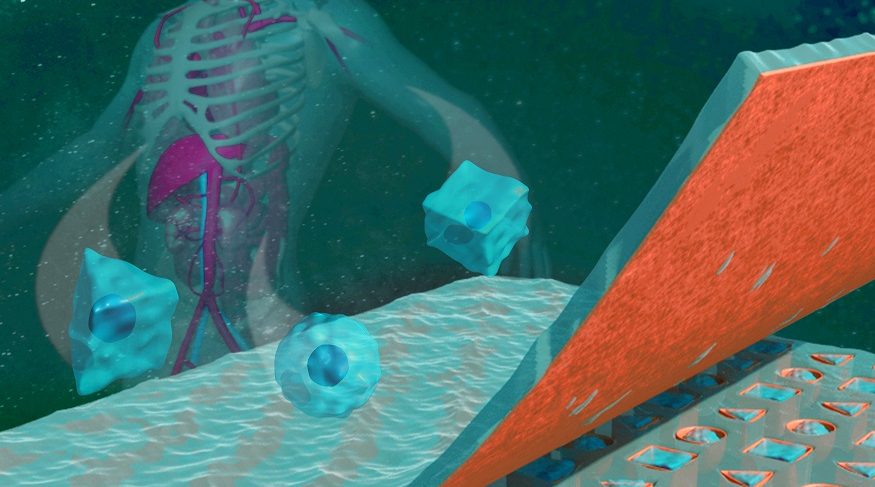 This review discusses the cues that cells are known to be sensitive to, 2D culture vs. 3D culture, and recent advances in hydrogels and microfabrication technologies for the stem cell niche with a special focus on the importance on the role of the extracellular matrix (ECM). Studies in 3D cell culture are most useful for mimicking and understanding the effects of ECM. There are many factors, differences, and difficulties which need to be considered and addressed when moving from 2D to 3D culture.

The review starts with the section “Stem cell microniche“ providing an overview on recent progress in studying the effect of different ECM properties. This includes regulating cell fate determination and engineering approaches to control the stem cell microenvironment.

The subject dimensionality is addressed by the authors discussing the different platforms: 2D vs. 3D. 2D platforms in general reflect oversimplified environments compared with an in-vivo 3D scenario. Here, cells can form adhesive connections on all sides, resulting in an unpolarized environment for cells. As a logical result, the speed of cell migration and its response to stiffness are quite different in 2D cultures compared to 3D. On 2D substrates, cell culture medium, soluble factor, and cell‐secreted factors can undergo free diffusion. In contrast, in 3D matrices, diffusion of oxygen, proteins, and small molecules can be limited, and may result in gradients.

The section on “Technologies to engineer 3D stem cell niches” discusses recent work on bioengineering approaches for controlling interaction between cells and the microenvironment in 3D.

All in all, the authors concluded that much work remains to be done. New ways to track and observe single cell dynamics over long time periods and development of new materials that allow the real‐time control of cell microenvironments and fully capture cell dynamics would help understanding how best to engineer synthetic microenvironments for developing and maintaining living tissues inside synthetic compartments.

This paper is part of the 5th Anniversary Virtual Issue of Advanced Science.