Researchers in Germany exploit enzymes to break down and recycle the most widely-used plastic for packaging. 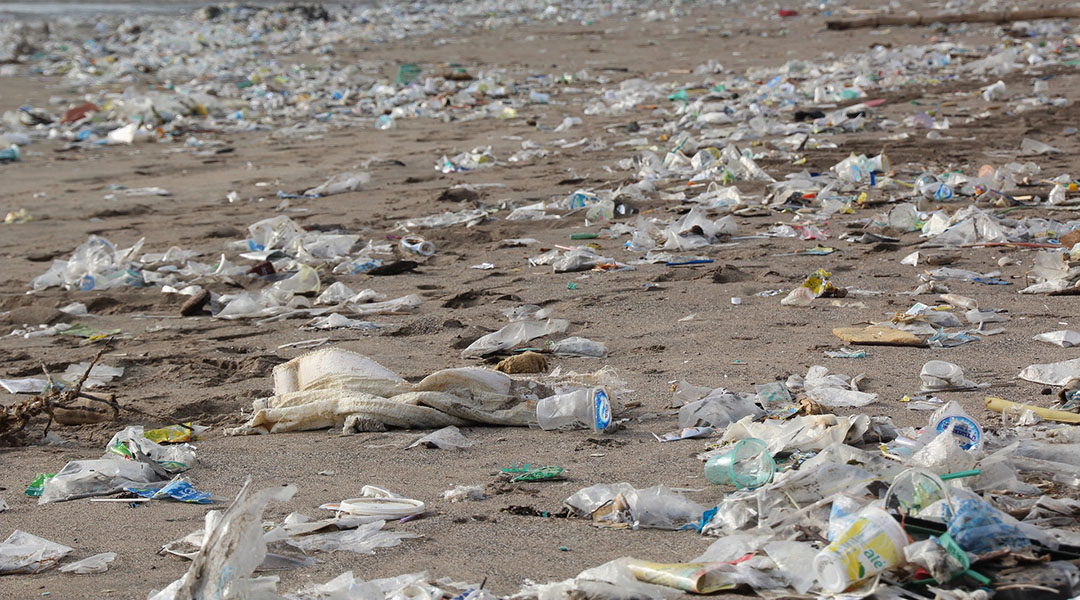 Plastic has been in the news a lot lately, owing to its widespread blight on the natural world; a world which scientists now believe has no place left that is free from this human-made material, since plastics have been found in the most remote places from the apparently-pristine Antarctic ice, to the deepest depths of the oceans.

Packaging is one of the largest sectors which demands this staggering production of plastics, with almost 40% of plastics produced being made purely for packaging purposes. Of course, packaging serves its purpose once an item—whether it’s a phone, a new shirt, or food—has been unwrapped, and is soon consigned to the trash can.

One of the most mass-produced plastics for this purpose is polyethylene terephthalate (PET). This plastic alone accounts for about 33 Mt. of the global annual plastics production.

Recylcing PET itself costs energy, and even some biodegradable approaches have this drawback, as usually the PET has to first be pre-treated at very high temperatures and pressures. This itself puts pressures on energy demands, and therefore, the environment.

A team of scientists from Germany, however, have sought to overcome this obstacle in a study part-supported by the German government. They turned to nature itself to break down and ultimately recycle PET by using enzymes made by bacteria.

The team cultured Bacillus megaterium which expresses a thermophilic polyester hydrolase, TfCut2; essentially an enzyme well-suited for breaking down materials such as PET.

The main driver for this approach is the growing idea that recycling of polymers such PET can be done by recovering their monomers as raw materials, and then re-using these raw materials to make the polymers afresh, thus creating a sustainable, closed loop in the plastics industry. TfCut2, as it happens, is a great enzyme for doing just this.

The researchers found that by treating PET with TfCut2 and incubating it at 70 °C over the course of four days, the polymer lost more than half its weight, indicating extensive degradation under relatively mild conditions. 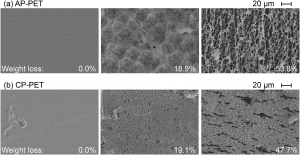 However, after four days, the degradation rate decreased. This was due to structural changes within the polymer chains during thermal degradation, where the so-called mobile amorphous fraction (MAF) was replaced by more of the rigid amorphous fraction (RAF). This showed that the TfCut2 has a preference to the MAF when it comes to breaking down PET.

Considerations like this are important if an enzyme-based approach to recycling is to be adopted on an industrial scale, with the authors concluding themselves;

“Our findings suggest that [enzymes] with high hydrolysis efficiency against both amorphous and crystalline PET are required, not only aiming to the general low energy and time costs of the biorecycling process but also to reduce the conversion loss caused by the decreased polymer degradability as a result of the accompanying physical aging of PET during the enzymatic degradation.”

It is therefore hoped that with more research going into this eco-friendly recycling approach, the current problem of waste plastic in the environment could be overcome, or at least significantly reduced.

This is assuming of course that other efforts outside of the recycling industry are made to reduce plastic consumption and waste in general; it is little use coming up with an eco-friendly and cost-effective recycling technique if tons of PET and other plastics continue to end up in landfill or oceans.

Such problems are multi-factorial and complex, involving factors that are economic, social, and cultural. Whilst using natural sources, such as bacteria, to tackle plastic waste and pollution are much welcomed, we should also be asking how and why we got into this mess in the first place.

The world's most efficient lithium-sulfur battery
How do we know if our adaptations to climate change are successful?
Insights into cataract-causing mutations
Liquid Metals to Accurately Monitor Human Motion