Bettina Lotsch: “I am excited by the prospect that our research can actually make a difference”

The materials chemist discusses her research, new innovations in tackling the energy crisis, and how her son helps with "zoom fatigue". 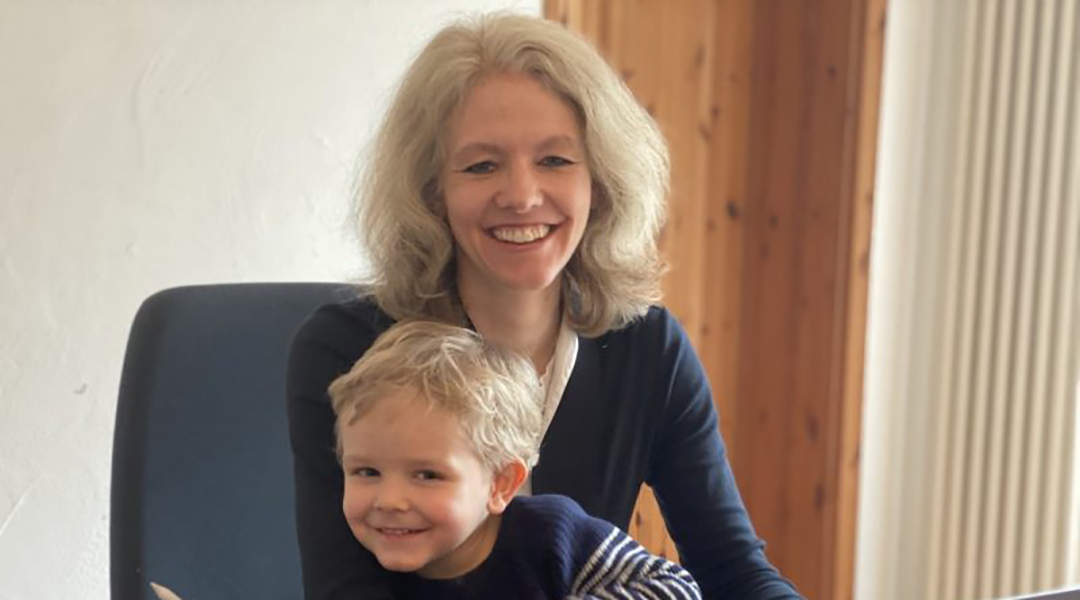 Bettina Valeska Lotsch is director at the Max Planck Institute for Solid State Research in Stuttgart, Germany, and honorary professor of materials chemistry and energy science at the University of Munich, where she also received her Ph.D. in chemistry.

Well-known for her contributions to the field of materials science for energy conversion and storage, we’re inspired (as you will no doubt be) by her passion and innovative ideas that she’s putting toward solving some of society’s most daunting challenges.

Where did you grow up?

In a small village near Ludwigshafen am Rhein, Germany, literally in front of the chimneys of BASF where my father used to work as an organic chemist.

Did you have a specific moment when you realized, “Yes, this is the field for me”? Was there an “aha” moment or an inspiration?

I do not recall having a specific role model or “aha moment” that drew me into the STEM field. But I did grow up with a sense — instilled by my parents — that girls can do and achieve the same as boys and that it is not gender that determines success, but individual skills, commitment, and determination.

For a long time, I was determined to study philosophy to understand what holds the world together. Ironically, I ended up studying chemistry to do just that, even though the approach a chemist takes is quite different from that of a philosopher. I did not regret my decision at all — in fact it gave me a new perspective and the sense that what I do has an impact on society and not just on the way how I see the world.

I am excited by the prospect that our research can actually make a difference — for our planet and our society. This is a perspective that has sharpened over the years and morphed from a more idealistic view that in science “the journey is the reward” to a more active perspective that scientists should embrace new discoveries to drive innovation.

Science and society can and should not be separated — a truth that has never become more evident than in the current pandemic.

What do my students gain from this view? They learn that science is not isolated from society, but at its very core. And that their contribution is valuable and can ultimately transform the world we live in, even though the timescales may be long…

What were some challenges you faced during your career?

I never felt there were insurmountable challenges in my career. In fact, I am grateful to have had so few obstacles and so much support, from my family, colleagues, and students. Sure, there have been difficult times, especially in the first years of my independent career when I had to set up my own group and found myself on two tenure tracks at the same time, distributed over two cities. The pressure I felt was massive and nights were (and still are!) short, but overall, there were always more rewarding moments than push backs.

Do you feel women are well represented within your field or STEM fields in general?

It is an open secret that the STEM field still does poorly in terms of female representation, but my sense is that we are on the right track; but we can still do better.

One pressing need is to refocus public and academic initiatives so that they really reach at the core of what helps female scientists to not drop out along the career track. One such thing is an abundant and especially flexible (creative, less formalized!) infrastructure to help mitigate career gaps due to family obligations. Another measure would be to actively counteract unconscious bias, and a third would be to invest more in mentoring and role models at an early stage, when gender stereotypes begin to form.

We should also never forget that we must fight a lack of equal opportunity, rather than the lack of females in the STEM field per se. I am convinced that in a bias-free, welcoming scientific environment female researchers do just as well as their male colleagues, and female representation will continue to grow.

What would you say has been your most impactful contribution to your field?

The most impactful contribution is hard to single out, just like almost all discoveries have had a long history. However, our contributions to the field of “soft photocatalysis”, a term we have coined to describe the development of polymeric photocatalysts, have been most widely recognized by the community.

In a sense, photocatalysis has been dominated by inorganic materials ever since its origins, but we recently helped to put the spotlight on molecular systems such as covalent organic frameworks and to show their potential as earth-abundant and at the same time highly tunable photocatalysts.

I am excited to see the momentum this field has gained over the past five years, and I am convinced that this is just the beginning.

I am convinced that in order to tackle the global energy crisis, we need new materials and disruptive concepts. Of course, one can argue that the progress over the past few years has been tremendous and renewable energy systems are on the right track, if policies pave the way for their large-scale deployment. However, the recent rise of hybrid halide perovskites has shown exactly how a nearly forgotten class of materials can suddenly become a game-changer.

It is discoveries like these that I am looking forward to. In this endeavor, it will be particularly exciting to observe the role of artificial intelligence (AI) and data science, which to my mind has tremendous potential. But can data-driven science really guide our experiments and search for new materials and concepts, without sacrificing depth and creativity? There are exciting perspectives in “artificial curiosity” and other AI-based developments, often still outside of chemistry, which if embraced by chemists could change the way how we do chemistry in the future.

Can you briefly comment on the topic/research discussed in your AEnM essay? Why do you think it was such an important discovery?

As mentioned before, I believe we need new concepts in energy research, off the beaten track. One such concept is discussed in our essay: coupling optoelectronic and ionic degrees of freedom to develop new materials, which bridge the gap between solar energy conversion and electrochemical energy storage.

Two-dimensional, ionic poly(heptazine imide) based carbon nitrides are such a class of materials: They can produce solar fuels by photocatalysis and at the same time store photoinduced charges like a solar battery. This charge trapping behavior is inherently linked to the light-induced, mixed electronic and ionic properties of these materials, combined with unique structural features.

We are only just beginning to understand and leverage these properties for potential applications, which range all the way from time-delayed photocatalysis and solar batteries, to neuromorphic sensing, light-sensitive ion channels, to light-driven microswimmers. It will be exciting to explore and refine these concepts further also in other materials beyond carbon nitrides, where optoelectronic and (opto)ionic degrees of freedom can be synergistically coupled.

Our goal is to provide new and improved materials for the challenges our global society is facing today and in the future. This requires a close feedback loop between materials chemists (like myself), theorists, device physicists, and engineers to cover the entire value chain from the discovery to the market.

I feel that there is still a large disconnect between fundamental science and the technology sector, and we can do much better in making sure that our best science does not go unnoticed but has a lasting impact on society. This said, we should never consider basic science as outdated or even obsolete. On the contrary, innovation is contingent on science in its purest sense, as most break-through discoveries were made by chance, without a “program”.

In keeping with Max Planck, insight must precede application. But one without the other is just half as powerful.

What are your interests outside of the lab? Do you think a work/life balance is important or even attainable in your line of work?

Work/life, what? Just kidding… For scientists like me, the border between work and life is somewhat blurred. This is because we have the privilege to do what we love to do: exploring new frontiers in a collaborative environment — a job that very much caters to our curiosity and creativity. And yet, this is not to say that scientists are particularly good at keeping a work/life balance! Quite the contrary — and I am no exception at all!

I think the fast-moving pace in science and its pressure for “immediacy”, but also funding, which has increased over the years, is increasingly counter-acting work/life balance, and distracts from the core values of science: good science takes time!

This trend has been aggravated recently by the pandemic, where “working life” and “living life” have become even more entangled during shutdown and home office. Since my husband is a scientist like me, both of us have been facing the ever-increasing number of video meetings at all times during the day, with little room to take turns. In all this, our 3-year old son has been our permanent “anchor” and always re-calibrates us when the “zoom fatigue” kicks in.

Needless to say that my family is my dearest “occupation” outside the lab. If time allows (which has become a rare situation!), you will find me running, hiking, playing the violin, or reading (to my son or myself).

Old fungus may be a home for new organisms and antibiotics
Seeking life on Mars: What you need to know about the Perseverance mission
A wearable electronic device designed for man's best friend
Earth Day turns 50