In their “Hypothesis” article published in BioEssays, Nirmalya Chatterjee and Dirk Bohmann discuss the interplay between Nrf2 and BET proteins and the resultant implications for therapies targeting these proteins. 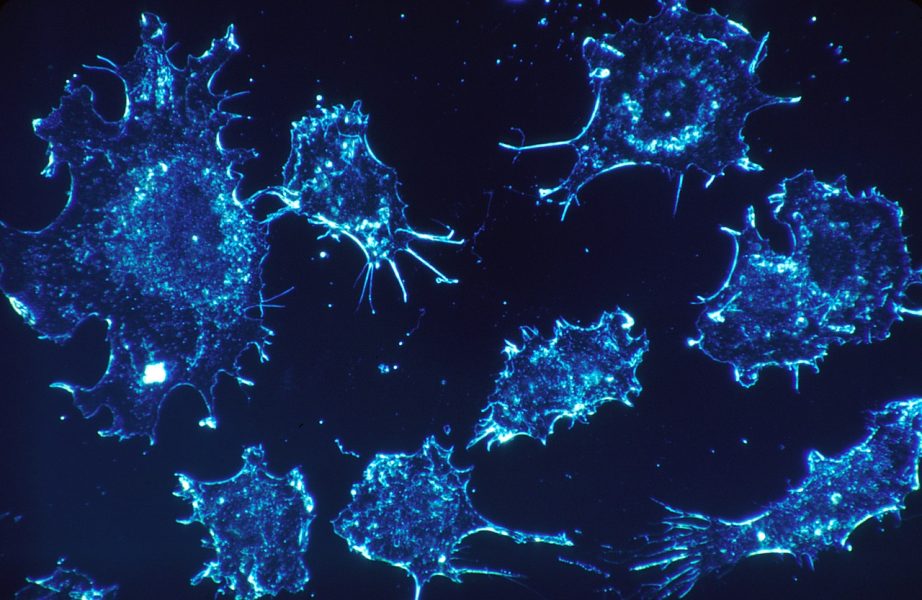 Nrf2, which stands for Nuclear factor (erythroid-derived 2)-like 2, is a transcription factor implicated in regulating antioxidant defenses. Under normal conditions, Nrf2 is bound to Keap1 sequestering the complex in the cytoplasm and leading to degradation of Nrf2. Oxidative stress prevents this Keap1-mediated degradation of Nrf2. Under such stress conditions, Nrf2 is therefore translocated to the nucleus where it subsequently induces protective gene expression programs.

One the one hand, Nrf2 signaling thus exerts anti-inflammatory effects, but on the other hand it can also promote the survival of cancer cells. In addition to Keap1, BET proteins are also able to inhibit Nrf2. These proteins are characterized by the presence of two bromodomains and an extra-terminal domain. In mammals, there are four BET proteins, namely Brd2 (Bromodomain-containing protein 2), Brd3, Brd4 and BrdT (Bromodomain testis-specific protein). Both BET proteins as well as Nrf2 are established drug targets, and small molecules exerting an effect on these proteins are currently tested in clinical trials. 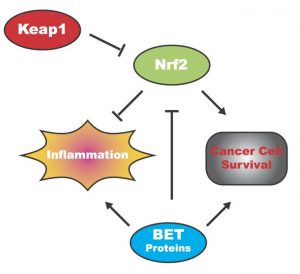 In their review published in BioEssays, Nirmalya Chatterjee and Dirk Bohmann not only take a look the mechanistic interplay between Nrf2 and BET proteins but also at the implications of this interplay for the therapeutic effects of drugs acting on these proteins.

As discussed by the authors, the interaction between these proteins is implicated in various diseases. One such example is chronic obstructive pulmonary disease (COPD). This disease is characterized by a suppression of Nrf2 signaling, and several lines of evidence suggest that BET proteins contribute to the chronic inflammation seen in COPD. Cancer is another example. Both Nrf2 and BET proteins have been implicated in different types of cancer, for example in different subtypes of acute myeloid leukemia.

As shown in the figure below, the authors propose that a combinatorial therapy might be beneficial for disease treatment. In the case of inflammatory diseases, a combination of Keap1 inhibitors and BET protein inhibitors should be employed to suppress inflammation (see panel B). For cancer treatment, using BET inhibitors in combination with Nrf2 inhibitors seems to be most promising (see panel C).

Please also take a look at the “Idea to watch” by Steven Gray commenting on this “Hypothesis” article.