Korean scientists present a new interlocking material based on the mechanism beetles use to lock away their wings. 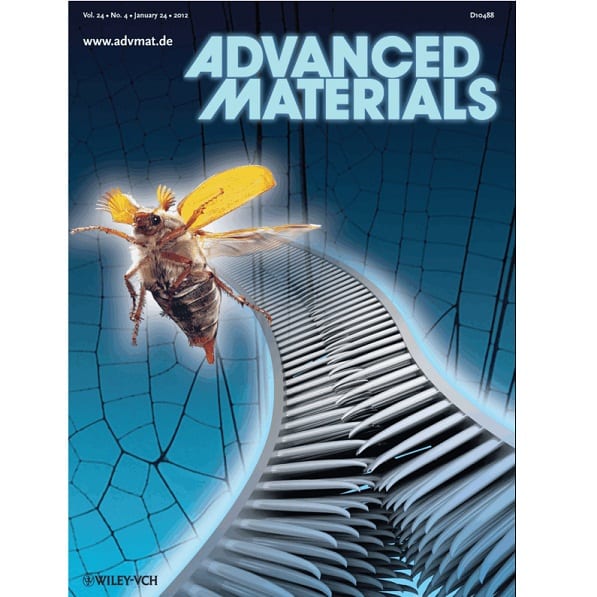 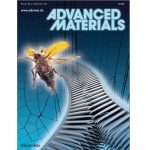 Most people go through a phase in life where they are fascinated by insects (usually when you’re young and insatiably curious; my cousin’s six-year-old boy was delighted to number an insect vacuum among his gifts from Santa). While some of us then go on to develop phobias and even downright loathing, a few people retain their sense of wonder at the splendors of the natural world, and scientists who study the form and function of biomaterials have produced some incredible synthetic analogues of things that come naturally to our fellow life-forms. Superhydrophobic and self-cleaning surfaces, gecko-foot adhesive patches, mussel-glue, and photonic crystals inspired by weevils are just some of the things we’ve featured on Materials Views, and now we can report on a Velcro-like interlock mechanism inspired by beetles.

In work featured on the latest cover of Advanced Materials, Professor Kahp-Yang Su and his team at Seoul National University have created a synthetic reproduction of the mechanism used by beetles to keep their wings tucked away when not in use. Along the edges of its carapace, a beetle has thousands of tiny, densely packed hairs that slide together and prohibit any sideways slip when the carapace closes over the folding wings. In actual fact, the mechanism is more closely related to the children’s toy Stickle Bricks than to that of Velcro, as it does not use hooks and loops to generate adhesion. Professor Suh’s team mimicked this structure using dense arrays of polymer fibers, where Van der Waal’s interactions between the fibers provide the adhesive force. Simple and elegant, and a very pretty cover picture to highlight an excellent piece of research.