US scientists have found bacteria that converts toxic pollutants into less harmful substances, while generating electricity in the process. 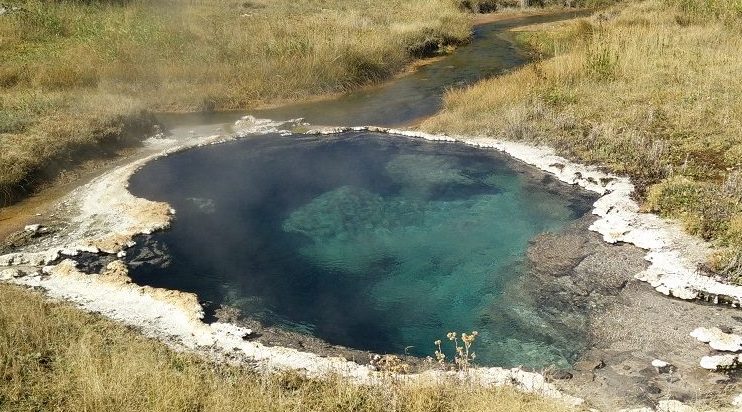 Last August, a team of scientists hiked deep into in the wilderness of Yellowstone National Park to hunt for life. In the Heart Lake Geyser Basin area, the team found four pristine pools of hot water. They carefully left a few electrodes inserted into the edge of the water, hoping to coax little-known creatures out of hiding.

After 32 days, the team returned to the hot springs to collect the submerged electrodes. Washington State University (WSU) graduate student Abdelrhman Mohamed and postdoctoral researcher Phuc Ha analyzed the electrodes. Fortunately, they succeeded and found heat-loving bacteria that “breathe” electricity through the solid carbon surface of the electrodes. “This was the first time such bacteria were collected in situ in an extreme environment like an alkaline hot spring,” said Mohamed, adding that temperatures in the springs ranged from about 40 to nearly 95°C.

These tiny creatures are not merely of academic interest. They may hold a key to solving some of the biggest challenges facing humanity – environmental pollution and sustainable energy. Such bacteria can “eat” pollution by converting toxic pollutants into less harmful substances and generating electricity in the process. “As these bacteria pass their electrons into metals or other solid surfaces, they can produce a stream of electricity that can be used for low-power applications,” said WSU Professor Haluk Beyenal.

Most living organisms use electrons in a complex chain of chemical reactions to power their bodies. Every organism needs a source of electrons and a place to dump the electrons to live. While we humans get our electrons from sugars in the food we eat and pass them into the oxygen we breathe through our lungs, several types of bacteria dump their electrons to outside metals or minerals, using protruding hair-like wires.

To collect bacteria in such an extreme environment over 32 days, Mohamed invented a cheap portable potentiostat, an electronic device that could control the electrodes submerged in the hot springs for long periods of time. “The natural conditions found in geothermal features such as hot springs are difficult to replicate in laboratory settings,” said Beyenal. “So, we developed a new strategy to enrich heat-loving bacteria in their natural environment.”

This isn’t the first time scientists have used bacteria to generate energy. However, it’s another promising approach and the WSU team, in collaboration with colleagues from Montana State University are still continue their investigations.

You are not alone!
Zhenan Bao: Shaping the future of wearable electronics
Your brain: Built by cilia
The bricks and mortar of energy storage