Baby Steps: How To Make An Egg And Sperm

Knowledge of the processes needed to make precursor cells of eggs and sperm gives insights into reproductive biology and infertility. 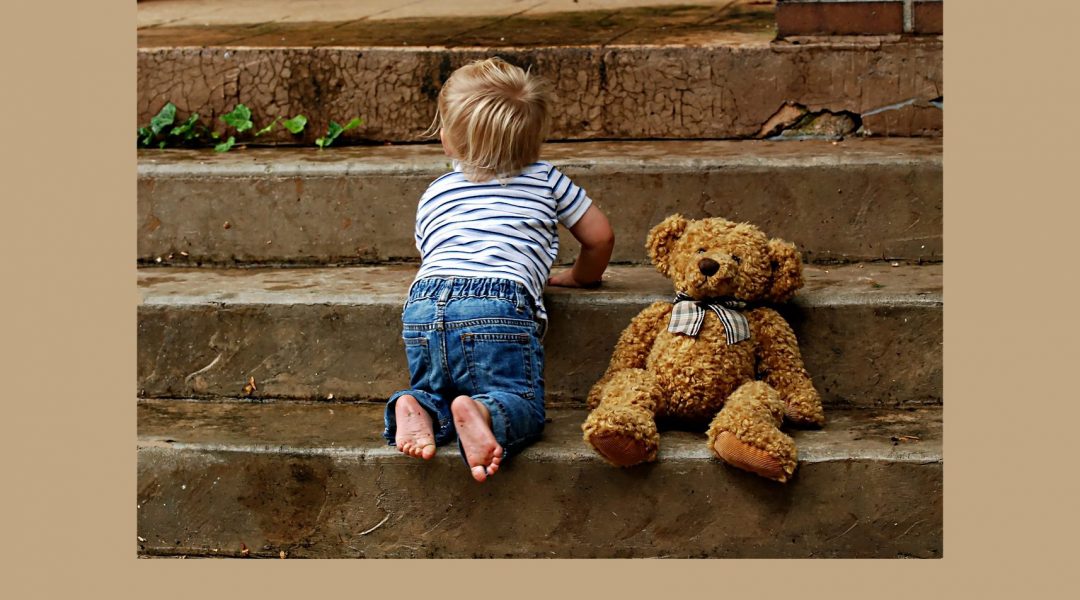 Reproduction from gametes (egg and sperm) is the only way that most multi-cellular animals create descendants. The fusion of gametes gives rise to a single cell that astoundingly can divide and form all cell types in a fully functional living organism, including eggs and sperm of the next generation. Cells of the germ line (gametes and gamete precursors) thus ensure their self-perpetuation as well as creating generation after generation of organisms, and such a wondrous capability has long fascinated biologists.

In today’s era of declining fertility and birth rates, it is pertinent that focus is increasingly shifting onto the biology of the germ line and reproduction. While biologists have long known crucial mechanisms that underlie the commitment and development of cells to many tissue/organ fates, the understanding of the molecular processes that form eggs, sperm, and their precursor cells—primordial germ cells (PGCs)—remained mysterious until lately. A surge of recent results has gradually uncovered the steps needed to specify PGCs from embryonic cells, paving the way for us to understand how the germ line is made and maintained. In a timely WIRES Systems Biology and Medicine article, Tan and Tee explore the recent history of investigations into mammalian PGC formation, and review the signaling pathways and transcriptional events that kickstart PGC specification. 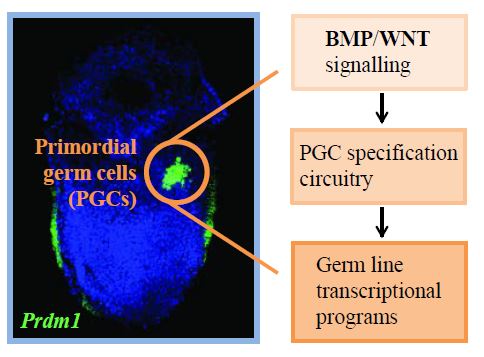 Due to easy access to embryonic material, the mouse was traditionally used as an archetype to study formative germ cell precursors. This led to the early discovery of some major principles in mammalian PGC fate commitment, including the use of BMP signaling as an inducer, and the involvement of critical transcription factors such as Prdm1, Prdm14 and Tfap2c to promote germ line fate.

As researchers’ attentions began to encompass PGCs of other species, in particular humans, a growing realization emerged that certain parts of the mouse PGC commitment process are different from humans. For example, although BMP signaling remains an inductive component, the pivotal transcription factors for PGC fate seem to have diverged, with SOX17 unexpectedly being the most important factor in humans. With species differences in mind, Tan and Tee proceed to comprehensively outline current knowledge of how human germ precursors are molecularly established, before contemplating how divergent modes of PGC specification may be evolutionarily linked.

Today, techniques to investigate germ line development are increasingly refined. The advent of state-of-the-art approaches presents the prospect of fully clarifying the mechanics of human PGC establishment and beyond that, the molecular basis of egg and sperm development, knowledge of which can allow us insights into the causes of infertility and reproductive toxicology. Baby steps have already been taken in characterizing early germ cell formation – and now is an opportune time to further our understanding of this extraordinary cell type so critical to our legacy.

Nanoparticles that self-assemble inside cells to fight cancer
A molecular chameleon for sensing protein well-being
Understanding consciousness: researchers identify key neural structures
ROS and the Making of the Modern Cell