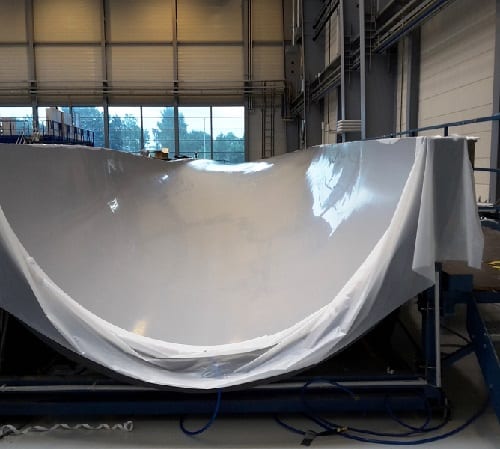 The Association of International Metallizers, Coaters and Laminators (AIMCAL) has for the first time given one of its coveted awards to Infiana, thus singling out the international developer and producer of specialty films. 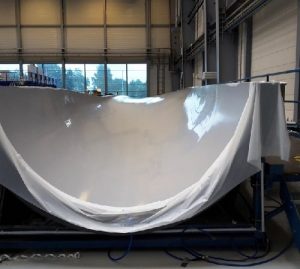 With the solvent-free release film components can be simply and easily detached from their molds. Source: IFAM

Infiana has received the 2016 Technology of the Year Award for its FlexPLAS product, a plasma-coated release film developed and distributed in cooperation with the Fraunhofer Institute for Manufacturing Technology and Advanced Materials (IFAM). The novel material plays a decisive role in the manufacture of large and complex fiberreinforced plastics for lightweight structures, with its use speeding up the manufacturing process by up to 60 %. It allows lightweight components for aircraft, wind turbine and automobile manufacture to be detached from their molds without the use of fluid release agents. It was this innovative approach that proved decisive for the expert AIMCAL jury.

The film acts as a second skin and components can be simply and easily detached from their respective molds without using other release agents. No fluorine, wax or silicone-containing residues are left on the finished parts or molds that can take extensive time and effort to be removed. This saves a great deal of time and money in production. The innovative release film is also environmentally friendly due to the fact that solvents are no longer required and because it is made of recyclable material.