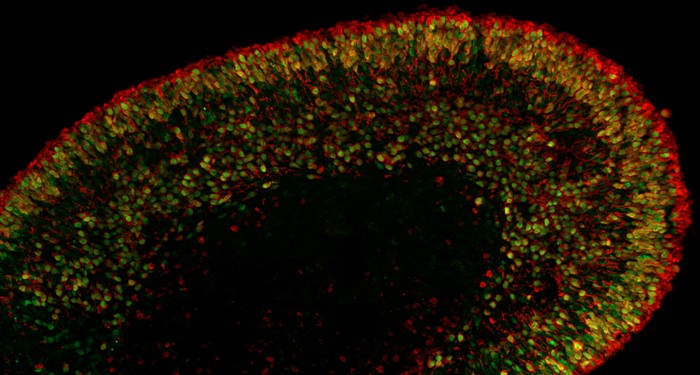 The retina is the innermost layer in the eye and is responsible for converting light energy to electrical signals which are transmitted to the brain and are processed into an image. It consists of six major cell types which are organized in a specific laminated manner to allow it to function properly.

Non-treatable visual impairment caused by the degeneration of the retina is increasingly affecting millions of people worldwide. However, there are currently no adequate in vivo or in vitro models that would allow the study of human retinal development and pathological processes in a disease state. Additionally, most of drug screening is currently performed on model animals that do not recapitulate human physiology and retinal function.

The advent of human induced pluripotent stem cells and an increased understanding of human retinal development has allowed scientists to develop a method for generating retinal organoids, which are miniature synthetic counterparts to human retina.

In a recent study published in Current Protocols in Stem Cell Biology, Professor Majlinda Lako and co-workers describe a method for large-scale production of retinal organoids that contain all major retinal cell types.

The study offers an organoid-based system, which is relevant to human physiology and has a wide range of applications, including drug testing, disease modelling, cell therapy, and in the study of human retina development.

Keep on smiling! A fluorescent mouthguard for healthier teeth
Degradable microrobots could help deliver cells within the body
Copper nanoparticles an effective spermicide
Ozone Treatment Could Open Up New Markets for Yellow Kiwi