A novel bone–ligament–bone scaffold mimics the architecture of the native tissue, paving the way to repairing previously incurable injuries. 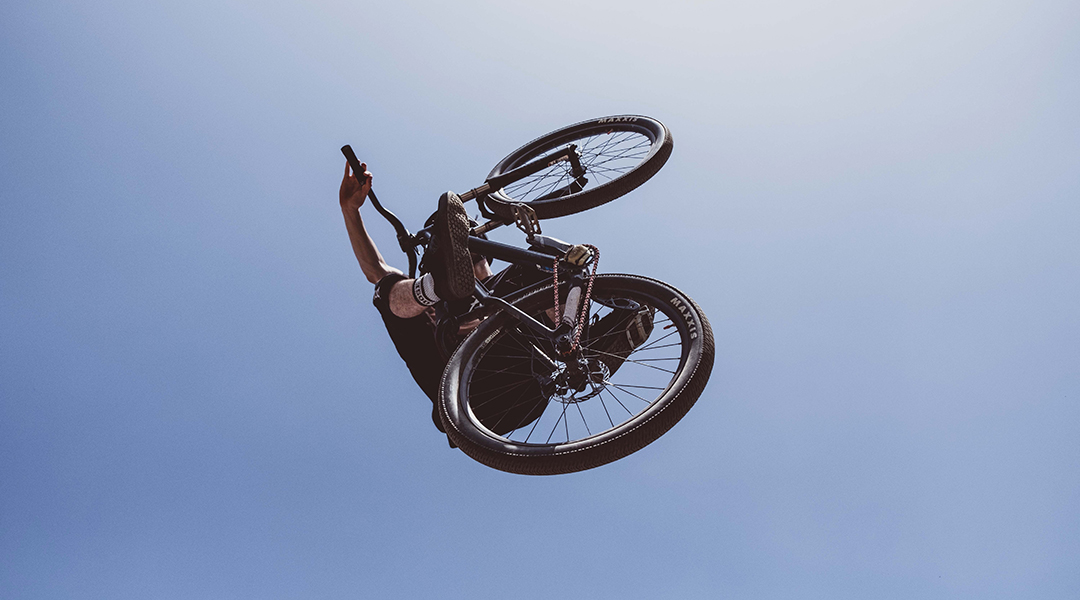 New developments in tissue engineering and regenerative medicine are making significant strides in terms of our abilities to repair previously incurable and progressively degenerative injuries.

One such example is a tear in the scapholunate interosseous ligament (SLIL)—situated between the scaphoid and lunate carpal bones in the wrist—which is one of the most commonly reported sports injuries, especially in sports involving bikes and motorcycles. Unfortunately, there are currently few reliable treatment options for managing SLIL injuries, and long-term prognosis is poor. 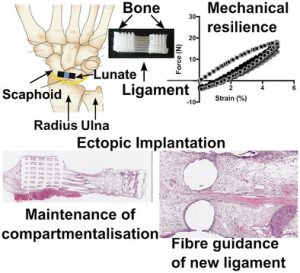 A bone–ligament–bone scaffold fabricated via continuous additive manufacturing for regeneration of the scapholunate interosseous ligament. The scaffold comprises two bone compartments bridged by aligned fibers mimicking the architecture of the native tissue.

The team speculate that the reason current strategies for SLIL reconstruction using tenodesis (where a tendon graft is inserted between the scaphoid and lunate bones to reconnect them and restore functionality) fail to fully repair tears is due to anatomical, histological, and biomechanical differences between the grafted tendon and original ligament.

As a result of this fundamental difference, over time the tendon-graft will become lax, resulting in the eventual recurrence of instability in the wrist, a higher risk of arthritis, and permanent restriction of motion and dexterity.

To address this limitation, the team proposed that tissue engineering could be used to achieve true and functional regeneration of the damaged SLIL through a multiphasic BLB scaffold made by combining 3D printing and cell sheet technology.

The development of advanced printing technologies has enabled the fabrication of complex, multiphasic scaffolds in which the internal porous organization can be controlled and tailored to address tissue‐specific needs.

In addition, cell sheet technology is a tissue engineering strategy that requires no scaffolds as cells are harvested as intact cell sheets and layered to fabricate 3D tissue. The advantage is that the extended cell culture duration facilitates maturation, which improves the quality of the regenerated tissue.

The researchers produced 3D printed BLB polycaprolactone (mPCL) scaffolds made up of two bone compartments bridged by mPCL fibers, which mimic the architecture and organization of the native ligament. In addition to the cell sheets, the architecture of the scaffold plays a significant role in guiding tissue regeneration. Results from the study showed rapid tissue infiltration, high vascularization, and the compartmentalization of bone formation, which remained localized to the bone compartment despite the porous interface. The cells in the ligament compartment also become preferentially aligned.

This work is a ground-breaking proof-of-concept, demonstrating that the BLB can provide sufficient compartmentalization and fiber guiding properties necessary for the regeneration of the dorsal SLIL. There is hope that this technology could be used to cure a range of similar injuries.