Researchers from the Indian Institute of Technology Madras report a water purification device that is estimated to deliver arsenic-free drinking water to a family of five for just US $2 per year. 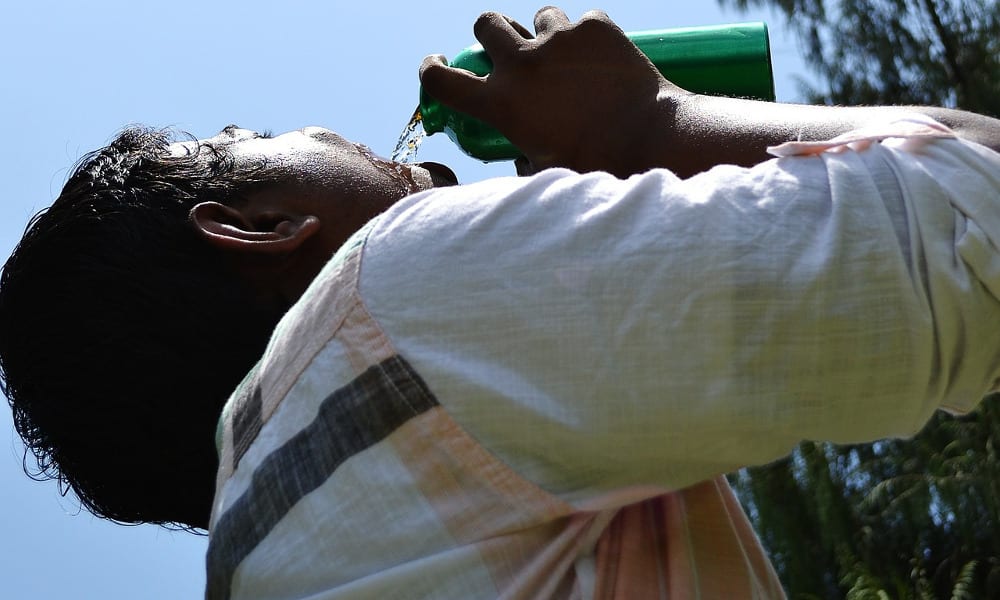 Water purification devices commonly exploit nanomaterials for their large surface areas, relative ease of synthesis, and abundant natural ingredients. However, in their native form they are often difficult to regenerate and can leach contaminants back into purified water supplies. Now, researchers from the Indian Institute of Technology Madras have developed a method to replicate iron oxide/hydroxide/oxyhydroxide composites that are identified as effective adsorbers of As(III) and As(V) species commonly found throughout the water supplies in India. Namely, their research focuses on a confined metastable 2-line ferrihydrite (CM2LF) composite.

Studies were conducted in large scale field trials in Karnataka states of India, along with experiments on samples from other arsenic polluted areas. In addition, the researchers report a domestic water filtration unit that purifies up to 6000 L of water contaminated with As(III), As(V), and As(mix), and either of Fe(II) and Fe(III). This accounts to approximately 15 L of water per day for one year and is estimated to provide a family of five with access to arsenic-free drinking water for just US $2 per year.

Their composite, CM2LF, is a 3D cage-like structure composed of FeOOH nanoparticles (FeOOH NPs) embedded in a chitosan network. Briefly, CM2LF is formed when ferric ions are deposited on chitosan and are converted to FeOOH NPs when incubated in an alkaline medium at room temperature. Due to the porous CM2LF structure, water and dissolved ions can access the FeOOH NPs that are adsorption sites for As(III) and As(V).

Notably, the structure is unchanged during and after uptake of As and it is stable in wet and dry conditions. This should therefore prevent undesirable leaching of contaminants back into the water supply. Furthermore, uptake is uniform across the composite, the absorption capacity is consistent in the pH range 4-10, and selective adsorption of As(III) and As(V) is achieved in the presence of other ions that are common in drinking water.

In all studies, the concentrations of the contaminants were decreased below the World Health Organization (WHO) limit (10 ug L-1). In fact, the efficacy of CM2LF for the removal of arsenic from contaminated waters was 1.4 to 7.6 times greater than the best values reported commercially and in literature. The unparalleled adsorption capacity of CM2LF is attributed to the inherent stability, porosity, high surface area (172 m2 g-1), and extensive adsorption sites in the composite. Furthermore, a simple reactivation protocol regenerated the As saturated CM2LF, which was then used for a following seven purification cycles without any decrease of arsenic adsorption capacity.