Researchers from the University of Nottingham report a novel method for making antibiotic spider silk. 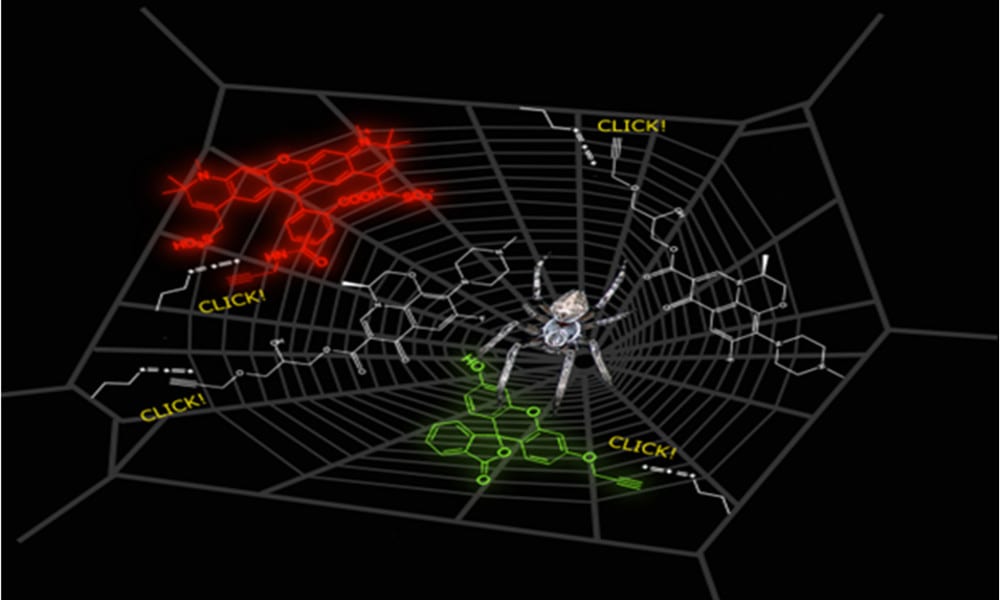 Spider silk is renowned for its strength, toughness, biodegradability, and biocompatibility. These inherent properties permit the use of spider silks for an array of tissue engineering and biomedical applications, including as biomaterials for cell matrices and tissue regeneration scaffolds, and as advanced wound dressings.

In order to expand their repertoire of applications, silk proteins can be tailored by functionalization. Recently, researchers from the University of Nottingham have developed a novel method for site-specific chemical conjugation of different organic ligands to a spider silk protein, 4RepCT. Using their method, it is possible to rapidly generate biocompatible, mono- or multifunctionalized silk structures for a range of applications.

Specifically, 3 L-Aha residues were incorporated into the 4RepCT protein using an E. coli methionine auxotroph. Then, fluorophores and levofloxacin (antibiotic) ligands were modified with alkynes and added to the azide groups in the L-Aha residues using a copper (I)-catalyzed azide-alkyne cycloaddition (CuAAC) click reaction.