Aneuploidy and Chromosomal Instability: Their Relationship and Consequences

In their review in BioEssays, Klaske Schukken and Floris Foijer discuss the different concepts and consequences of chromosomal instability and aneuploidy. 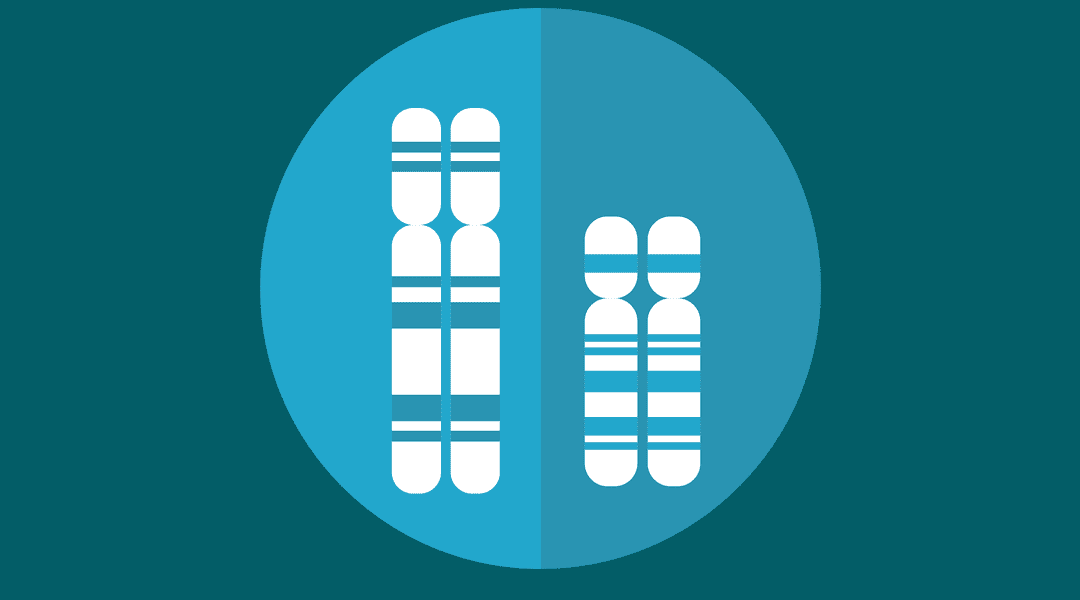 Chromosomal instability (CIN) can be defined as a collection of processes leading to numerical or structural changes in the genome whereas aneuploidy is the presence of an abnormal number of chromosomes in a cell. Like this, CIN can be seen as a process or cellular behavior leading to the genetic state of aneuploidy. It is also important to note here that cells can be aneuploid without exhibiting CIN. One such example is trisomy 21 where the karyotype does not change over time.

In their review published in BioEssays, Klaske Schukken and Floris Foijer first discuss how CIN can be measured. Then the authors take a closer look at the general effects of both CIN and aneuploidy, and their roles in aging and cancer. 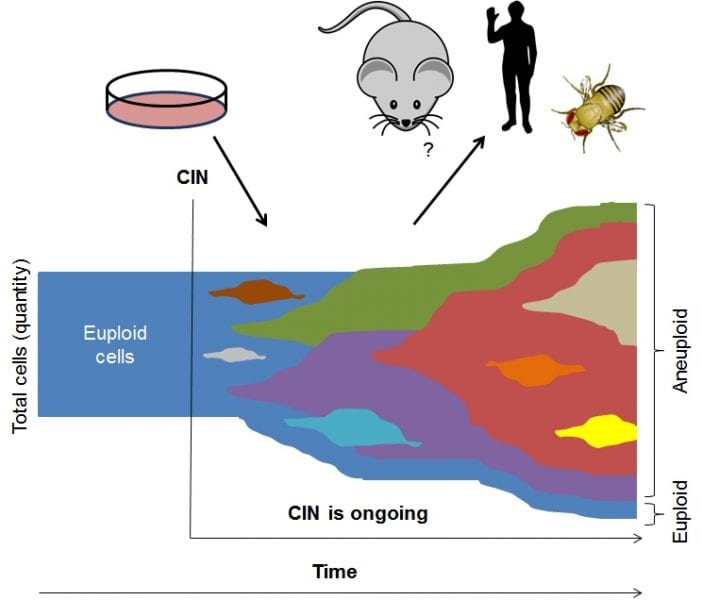 CIN is routinely measured in 2D cell culture systems and – since more recently – also in organoids. This first involves that CIN has to be provoked in these in vitro systems, for example by inhibition/inactivation of the spindle assembly checkpoint or via irradiation of the cells. As CIN is a process, the cells treated in such a way then need to be observed over time, for example via time-lapse microscopy or via immunofluorescence. Measuring CIN in an in vivo setting on the other hand is still a big challenge and the authors call for the development of new models in this regard.

So what are the effects of aneuploidy and CIN on cells? In general, aneuploidy has been shown to have a negative effect on cell growth and cellular fitness. However, organisms seem to be able to tolerate a certain amount of aneuploidy: several studies have shown that many human tissues including brain, skin and liver contain low levels of aneuploidy. The effects of CIN vary depending on cell/tissue type as well as genetic background and developmental stage.

With regards to the role of CIN in cancer there are conflicting observations: On the one hand CIN led to tumorigenesis in some models, but on the other hand it has been found to act as a tumor suppressor in other models. As for aneuploidy, the vast majority of cancers displays an aneuploid phenotype, and certain forms of aneuploidy can be beneficial to tumor growth.

For more information, also take a look at the video abstract where one of the authors talks about their article.