An artificial embryologist to improve the success of IVF

To help improve the success rates of fertility treatments, scientists are turning to AI to help standardize the sperm selection process. 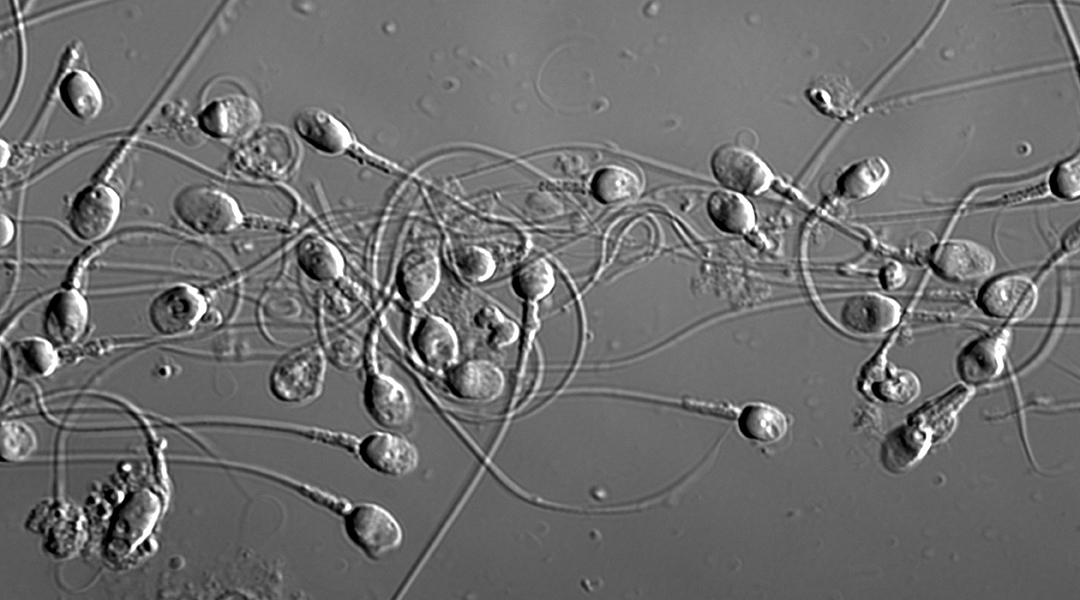 Infertility is a global health issue, affecting one in six couples. Unfortunately, treatment is typically not covered by universal healthcare and is prohibitively expensive for many. Even when these financial barriers can be surmounted, success rates have plateaued at roughly 33%, meaning only one third of all treatments result in fertilization.

“Success rates […] are appearing to plateau, which is likely due to a large number of factors, including increased maternal age at time of first pregnancy, which has significant impacts on the quality of eggs, contribution of increasing patient BMI (both male and female), as well as challenges in the technology space,” explained Deirdre Zander-Fox, regional scientific director of Monash IVF and an expert clinician.

Part of the problem lies in the inherent difficulty of identifying “high quality” sperm — a key decision-making factor for use in the treatment cycle. “Sperm and embryo selection is currently based on scientists making decisions on sperm and embryo appearance down a microscope at fixed discrete timepoints,” said Zander-Fox. “The hope is that emerging research and scientific discovery […] will improve pregnancy and live birth success rates from ART.”

Sperm head shape has been shown to correlate with other sperm quality metrics and is being used routinely during assisted reproduction cycles to select a candidate for injection into the oocyte. Despite advancements in technology and equipment, the final decision ultimately hinges on the opinion of an embryologist. This is a highly manual and subjective process that contributes to the relatively low success rates as inconsistencies exist between clinics, which teach varying techniques for identification, as well as individuals who employ their own techniques and shortcuts.

“I believe embryologists are doing their best and are also taking the hit for this, but there is no sufficient technology available to them that can help them to standardize and automate this process,” said Reza Nosrati, researcher at Monash University.

A solution, says Nosrati, could be in replacing a human embryologist with an artificial one, automating and standardizing the task completely. Deep learning algorithms could streamline sperm classification as they can self-train and identify complex patterns with minimal subjectivity. These “virtual embryologists” could provide a global, static frame of reference for sperm analysis and selection.

To do this, Nosrati and his team at Monash University created an ensemble learning strategy for classifying microscope images of human sperm cells as an embryologist would. Their findings were recently reported in the journal Advanced Intelligent Systems.

“The use of AI and machine learning to assess sperm is of great interest,” said Zander-Fox, who did not participate in the study. “We know that the current inter- and intra-operator variability in this space is problematic, and we also know that the human eye is limited as to what it can see. If there was a way of using AI and machine learning to assist in selection of the best sperm to use for insemination, it would increase the speed of the procedures, and also, hopefully, the quality of the embryos that we create for treatment.”

A team of virtual embryologists

Each model learns a different relationship between the cell image and the shape classification as a result of different internal model structures and randomness in the training process. They therefore learn slightly different favorable characteristics of the sperm cells, producing a different understanding of sperm morphology.

“The goal [of our work] is to improve the existing platform to an automated system that can label sperm cells in real-time — a system that is linked to the system being used by embryologists during the ART cycle,” added Nosrati. “The real-time platform should be able to highlight the sperm cells that have a better chance of fertilizing the egg, then hopefully the embryologist can select a better sperm for injection by picking one of them.”

By using an ensemble of algorithms, this method is analogous to having multiple expert clinicians working together to classify each cell, each bringing different experiences, opinions, and perspectives. Another model, called a meta-model, can then be used to intelligently leverage the findings, acting as a supervisor for the four base models by digesting highly informed and distilled information from multiple sources and making an executive decision.

While a promising step forward, there are still hurdles to overcome. “This is a good start, but we need to further improve the platform to label and analyze the whole sperm rather than just the head, and also to consider other important criteria such as sperm motility and DNA integrity,” said Nosrati.

This work highlights an opportunity to further harness the capabilities of machine learning to enable more successful clinical treatments. However, we still cannot count experts out.

“Although AI and machine learning will play a significant role in medicine in the future, there are questions being raised about the lack of transparency as to how the AI/machine learning model was created and what inputs were used, which needs to be addressed to ensure trust in these systems by medical and scientific experts,” said Zander-Fox. “It should also be noted that these are tools built to assist the scientist or clinicians in their decision making, and that they should not be used to replace the expertise that scientific medical staff bring. Only through partnership between AI/machine learning and experts can we ensure that the best outcomes for patients are delivered.”

The research team say that their findings are not just limited to sperm classification or even image recognition tasks, rather any domain where machine learning is applied may stand to benefit. But before then, the team need to establish their current platform.

“The goal is to have a beta prototype in 3-5 years,” explained Nosrati. “We have already started to test this platform in collaboration with fertility clinics. To get the best algorithm, we need the best training data set. A key consideration is to inform the process not only by sperm quality metrics but also by the actual outcome: a live birth.”

Can AI solve the mysteries of photonic nanostructures?
Seahorse-inspired grabbing robots to help clean up our oceans
Caturo: The smallest concentric tube robot ever made
Pain-Feeling, Self-Healing Robots