Data collected between 2010 and 2020 shows that people are relocating away from hurricanes and heatwaves but towards fire-prone areas. 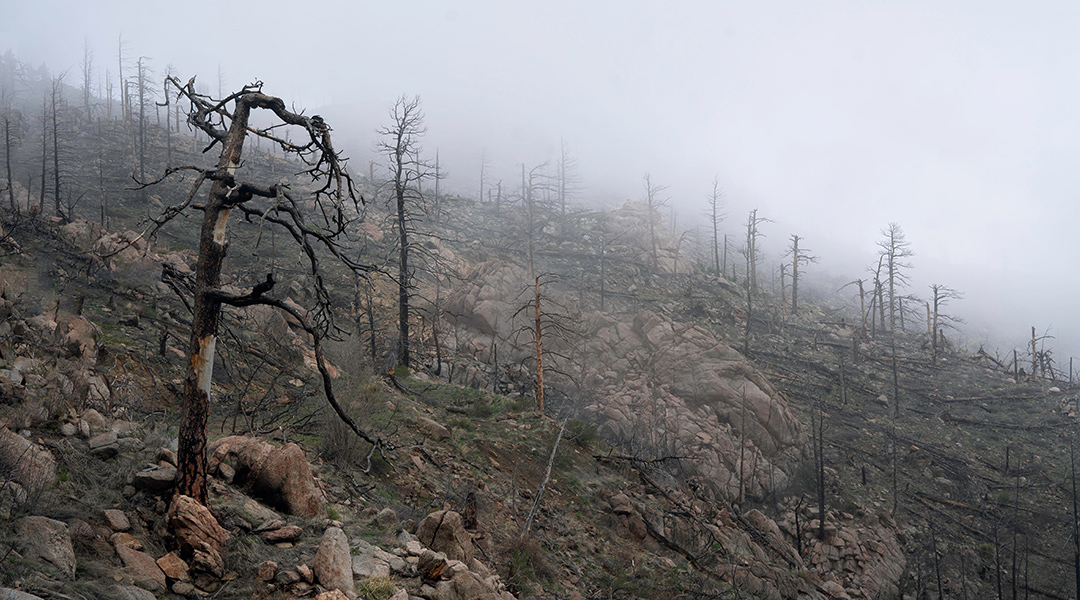 When choosing where to move, Americans are attracted by warmer winters, proximity to lakes and oceans, moderate tree cover, better health, education and income opportunities — and a higher risk of wildfires. This is the conclusion of a recent study, which also shows that people have moved away from areas that are prone to hurricanes and heatwaves.

While climate migration is often perceived as something affecting the Global South, the study highlights that it plays a role in the US too. A decade’s worth of migration data at county level, between 2010 and 2020, shows that people tend to migrate away from places in the Midwest, the Great Plains and along the Mississippi River, including many counties with a history of heatwaves and hurricanes. Instead, they prefer the Pacific Northwest, parts of the Southwest, Texas, Florida, and some of the Southeast, with relatively warm annual temperatures.

Wildfires vs hurricanes: A matter of perception?

But the top migration destinations are also the most at risk of wildfires. Mahalia Clark, lead author of the paper and researcher at the University of Vermont, thinks that the risk of a hurricane is better perceived by the general public than that of a wildfire. “Wildfires [are] a little more rare [than hurricanes], and it strikes, you know, one town or a few houses here or there. And for the most part, people are able to evacuate. So, while it can destroy their home, it’s not as, kind of, broad [a] destruction as hurricanes,” she said.

Clark also pointed out that, while the study focused on a decade-long trend, wildfires have become especially destructive over the past three years. “So it might be that that just hasn’t kind of gotten into people’s public consciousness as much, or […] we weren’t able to capture more recent changes.”

It’s a worrying trend, in any case, because extreme weather events are already costing hundreds of lives and billions of dollars’ worth of damage every year, and climate change is expected to exacerbate them further. The data in the paper says that, from 2010 to 2020, hurricanes killed 223 people and caused $47 billion in damage per year, on average. In contrast, wildfires cost 23 lives and did $7 billion worth of damage on average every year. The figures are currently lower than for hurricanes, but higher temperatures and drier conditions might favor more fires.

There’s more to it than weather

A myriad of factors outside climate events affect migration patterns. “Overall, the decision to move is a highly personal one, involving complex trade-offs among social, economic, and environmental factors,” the researchers said in the paper. The analyzed data did not factor in age, race and ethnicity, or cultural elements such as professional networks and family ties. However, they did include measures of median income and education levels, which the authors expect will be closely related and hence the overall trends will stand.

But income and affordability might be key to designing effective policies that deter people from relocating close to fire. For future research, Clark plans to understand “who’s moving to the most wildfire-prone areas, is it someone affluent who wants a big beautiful house in a scenic hillside that happens to be highly flammable, or is it someone who can’t afford to move anywhere else?”

Pay for your risk

In any case, the current data already supports some policies that might help revert the trend, according to the researchers. A small change that could have a big effect, said Clark, is to include the information on risk levels in real estate listings so people can factor it in when choosing where to move. Currently, some online tools are available to check the risks for a specific property but integrating them into the listing might raise awareness about their importance.

Matthew Shumway, researcher at Brigham Young University who was not involved in the study, suggests going even further: “People act on incentives and if they want to live in high-risk chyujbrftg6areas, they should have to pay the true cost of living there. Making people aware of the risk is a great idea, and this could be done by the local government putting a ‘wildfire risk’ fee on any new construction that can help pay for local firefighters, etc.”

More broadly, Clark sees ample scope for city planners to discourage increased development in the highest-risk areas for fires, “because more development and more human activity in some of these really dry, fire-prone areas can even spark more wildfires”.

Revisiting current zoning laws that forbid high-density housing may also encourage people to move into city centers rather than out into the woods, where fire risk is bigger.

Finally, insurance plans that only allow for rebuilding and not for relocation might need to be scrapped, according to Clark: “If a house is destroyed by one of these hazards, does it really make sense to rebuild there?”

The Urgency of Climate Change
Antiviral Molecules Inspired by Sea Gods and Mermaids
Climate and Society: Assessing the Use of Historical Datasets
Using Waste to Grow Packaging Materials