An AI made from plasma learns to play tic-tac-toe using varying and controllable mixtures of gases, in a major step forward. 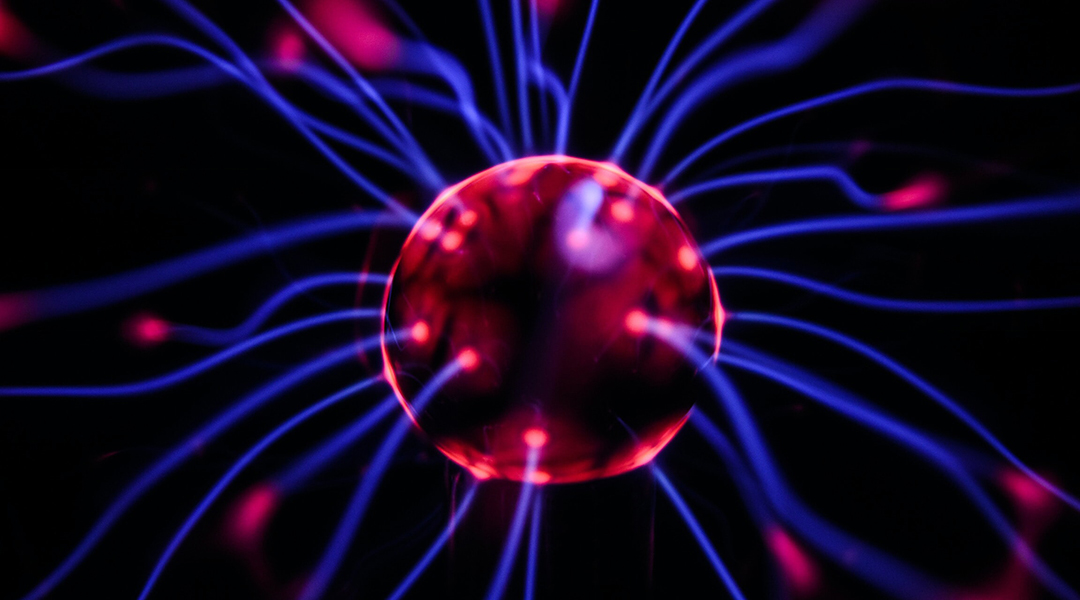 Artificial intelligence, or AI, is ubiquitous. Progress made over the last few decades has been astounding, with achievements demonstrating the ever-growing capabilities of these systems, such as DeepMind’s AlphaGo defeating the world’s foremost Go player in 2016 and the application of LinearFold to predict the secondary structure of the SARS-CoV-2 RNA sequence in just 26 seconds.

There is a caveat though: running AI requires large amounts of energy and data, and computer hardware can’t keep up. Integrated circuit chips are reaching capacity even as structures on the chips and circuit components become smaller. There is a limit to how far we can physically take this.

“Semiconductor structures on computer chips are now approaching the size of several nanometers and the quantum uncertainty starts to break the electrical insulation, which causes the failure of the chip,” explained Li Lin, a post-doctoral researcher in the Department of Mechanical and Aerospace Engineering at George Washington University, focusing on plasma physics, plasma chemistry, and machine learning. “It’s quite challenging to keep making smaller and smaller chips.”

Lin and his advisor, Michael Keidar, professor of engineering at George Washington University, think that alternative hardware can be explored, and for this, they turned to chemistry.

During a chemical reaction, the number of reactive species within a system is defined and leads to set products. “A chemical system naturally has a network of all its chemical reactions, namely the ‘chemical pathway network’,” said Lin. “This network can be trained like a regular artificial neural network. One could make a material with chemical behaviors that can be applied to AI.”

Any matter with a temperature higher than –273°C contains random movements of molecules and when molecular collisions occur, this can lead to chemical reactions. This occurs constantly, everywhere in the universe, from star formation to our own biological processes.

“To build AI from these systems, we need to manipulate and maintain the probabilities of the collision,” said Lin. “In other words, chemical reactions are a type of data processing and nature can keep running it automatically, we just needed to find a way to use it.”

This could hypothetically convert any type of matter with substantial chemical complexity into an alternative hardware carrier for AI. In other words, AI could be built without digital computers.

In a study published in Advanced Intelligent Systems, the team trained a low-temperature helium plasma to play the game tic-tac-toe.

The concept is based on creating a data processing unit from a network of chemical reactions taking place within an isolated chemical system — such as a plasma. The scientists needed to find a set of chemical parameters for the system, such as pressure or temperature, so that the system would be able to “spit out” the proper information in real-time according to a dynamic input. This would make the system a programmable analog computer that functions on a molecular level, and can process complicated information in nanoseconds.

“The chemical parameter sets are thus the ‘software’ in such an analog computer, to determine the chemical reactions,” said Lin. “In other words, the thinking process in the computer.” However, writing the program for it is quite different from coding a conventional computer. The scientists therefore needed to equate a map of chemical reactions in the system they named the “chemical pathway network” as an artificial neural network.

To demonstrate this, Li and Keidar taught a plasma to play tic-tac-toe. But how can a plasma actually “see” the board to play the game? Li and Keidar achieved this by feeding the plasma with a gas mixture.

The 3×3 board of the game was set up using nine different gases — NO, N2O, H2O, N2, O3, He, O2, H2, and NO2 — each representing one of the game’s nine tiles. The board status can thus be represented by the mixing ratio of these gases: a lower ratio of a type of gas means a plasma’s marker at that tile, while a higher ratio means an opponent’s marker. Once the plasma receives a gas mixture, the chemical reactions in the plasma start working, making excited atoms and molecules. These excited species output light signals representing the plasma’s next move. Therefore, a different board status means different mixing ratios of these gases which lead to a series of different chemical reactions in the plasma. “This is the plasma ‘thinking’ using its chemical pathway network,” added Lin.

The light signals are then translated to update the board status so that the opponent, either a human or a computer player, can play along. Next, after the opponent makes a move, the gas mixture, with the new mixing ratios representing the new board status, will flow into the plasma for its consideration.

“The training is achieved by trying the chemical parameters with small modifications,” said Lin. “A modification leading to a lower score will be discarded, and the parameters will be set back. However, a set of modified parameters that can make the plasma play better will be recorded and the next modification (generation) will be based on it. This is a typical evolutionary algorithm used in the machine learning world.”

Through training, the plasma eventually achieved a high winning rate against the random-move player, indicating that the plasma does not play randomly, but with logic and develops its own strategies. “This is how the plasma shows us a chemical-based AI,” said Lin.

During the training, Lin and Keidar also found that the plasma became more and more aggressive and tried to win games in fewer moves. However, they didn’t design any scoring system to define that “winning a game sooner is better” for the plasma during its training.

“The plasma concluded that missing a winning move would introduce more uncertainty into the game,” said Lin. “Therefore, it learned not to miss any chance of winning, and starts to win a game sooner.”

The plasma even started to demonstrate the “fork move”, which makes two winning positions available while the opponent can only block one of them. “It was interesting to see a material concluding that the best defense is a good offense, all by itself,” said Keidar. “These are common behaviors of an AI learning a game, but now, materials with complex chemistry can also show such behaviors.”

Processing information in this way consumes less power compared to modern digital computers where electric charges are moved around circuits, creating and transferring digital signals. “Using a digital computer is an indirect way of processing data compared with a chemical system,” said Keidar.

The intelligence level of a chemical reaction network can also be controlled by manipulating the complexity of the system. This is similar to the theory of artificial neural networks, where more neurons with more connections mean a stronger information processing capability. “For the chemical system, one can simply multiply the reactors to increase the complexity of the chemical system,” said Keidar. “Of course, the system can also be used as a data processor without high-level intelligence, such as a modern CPU in a personal computer.”

This theory can be applied beyond just plasmas to any materials with chemical behaviors that are complicated enough to make them suitable.

“We shouldn’t limit ourselves to making computer hardware that relies on semiconductors, as this might limit their application,” said Lin. “We have a future idea that combines self-organization of molecules with chemical-based AI, and could be a way, for example, to use any surface as a computer screen, available whenever people might need one.

“Creating self-organizing patterns is very common in plasma,” he continued. “The only technical gap remaining is to control the self-organization of molecules with the chemical-based AI, so we can harness it wherever and whenever.”

The next question, say the team, is how far they could take these systems. Perhaps even far enough to make matter not only intelligent but self-aware.