Adhesion Society meeting sticks together the fundamentals and applications of adhesive science. 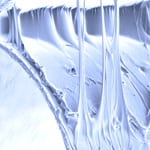 The 2013 Annual Meeting of the Adhesion Society took place in Daytona Beach, USA (3rd – 6th March), attracting a large component of attendees working in industry as well as those from academic institutions.  The conference covers all areas of adhesion science and technology, and therefore both very applied and fundamental studies are discussed.  Topics included structural adhesives, single molecule and particle adhesion, bioderived materials and liquid interactions with surfaces.  Such a diverse array of subjects and participants fuelled discussion, leading to many fresh ideas to take home. 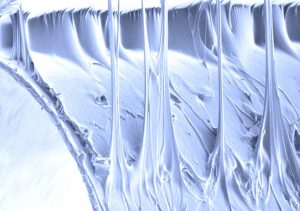 The meeting opened with the 2013 Award for Excellence in Adhesion Science Symposium.  This year it honoured Costantino Creton, CNRS Research Director at ESPCI ParisTech “for his outstanding contributions to the understanding of the mechanism of action of soft adhesives”.  He presented both early work and his more recent studies on low-molecular-weight polyisobutylenes in which supramolecular chemistry is used to modify the adhesion properties of the materials on both steel and silicones.  Interestingly he told the audience that he is now approaching many questions in his research from a fluid dynamics perspective.  Near the end of his talk and in line with the spirit of the meeting, Creton mentioned that collaboration in science was very important and that he has learned a lot from collaborating with industry.

In the bioderived materials session, cellulose nanocrystal (CNC) – epoxy composites were high on the agenda.  Gregory Schueneman from the USFS Forest Products Laboratory reported that he and his team have developed a surface modification protocol for CNCs such that they are compatible with the epoxies at low loading.  As yet they have seen no evidence of CNC agglomeration, while maintaining the transparency of the composite.  Carson Meredith at the Georgia Institute of Technology described his team’s investigations of the mechanical properties of CNC – waterborne epoxy resin composites.  They are looking at the surface reaction between the cellulose and epoxy with a view to gaining a higher level of understanding of the adhesion and bonding strength between the CNCs and epoxy.  In the future they hope this will lead to the fabrication of lightweight coatings suitable for use in the aerospace industry.

Changing tack, Shing-Chung Wong discussed the adhesion science of electrospun polymer fibres.  The process means the polymers are subject to spatial constraint, facilitating the production of aligned fibres.  His group has looked at adhesion between fibres as well as at the interface of electrospun membranes and a solid substrate.  They have now made materials that have larger shear than Scotch Tape and can hold loads.

If all this sounds gripping, the next meeting takes place in San Diego, February 2014.