All aboard the polymer capsule!

Researchers at Melbourne University have developed a versatile method to quickly and easily load a diverse range of functional and therapeutic cargo into polymer capsules. 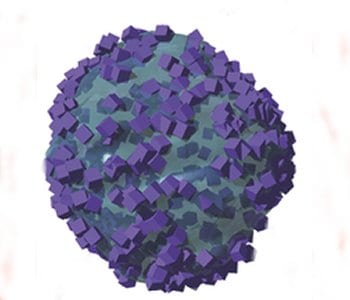 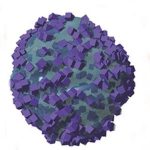 Polymer capsules – particles composed of a solid shell with a hollow interior – are found in a myriad of applications, ranging from self-healing coatings and catalysis to sensing and drug delivery. Functionality is imparted primarily through incorporation of cargo into the capsule cavity. Numerous methods exist to synthesise and load polymer capsules. However, they are often highly tailored and offer a limited choice of cargo.

In work featured on the cover of the latest issue of Advanced Science, researchers at Melbourne University describe a versatile method to load diverse cargo into functional polymer capsules that overcomes many of these limitations. The approach consists of loading the cargo into polymer-stabilised CaCO3 particles. A single polymer capping layer is then deposited on the particles, after which the CaCO3 template may be removed. Representative classes of cargo include therapeutics; metal, oxide and other nanoparticles; proteins; DNA; liposomes; and metal–organic frameworks. Thus material of various charge and hydrophobicity as well as orders of magnitude size difference (< 1 nm up to several 100 nm) may be loaded. Further tailoring is also possible by changing the polymer that is used to stabilise the CaCO3 particles or as capping layer. For example, non-responsive or degradable/pH-sensitive capsules may be prepared, depending on the intended application. In all, a non-exhaustive toolbox with effectively 500+ variations is demonstrated.

Features such as fast preparation (generally < 30 min), small number of steps, and inexpensive mild reagents add to the attractiveness of this versatile approach. Hence broad utilization across a variety of scientific disciplines is anticipated.