External strain can be detected by the wavelength and intensity of this sensor’s light signal for improved detection and resistance to interference. 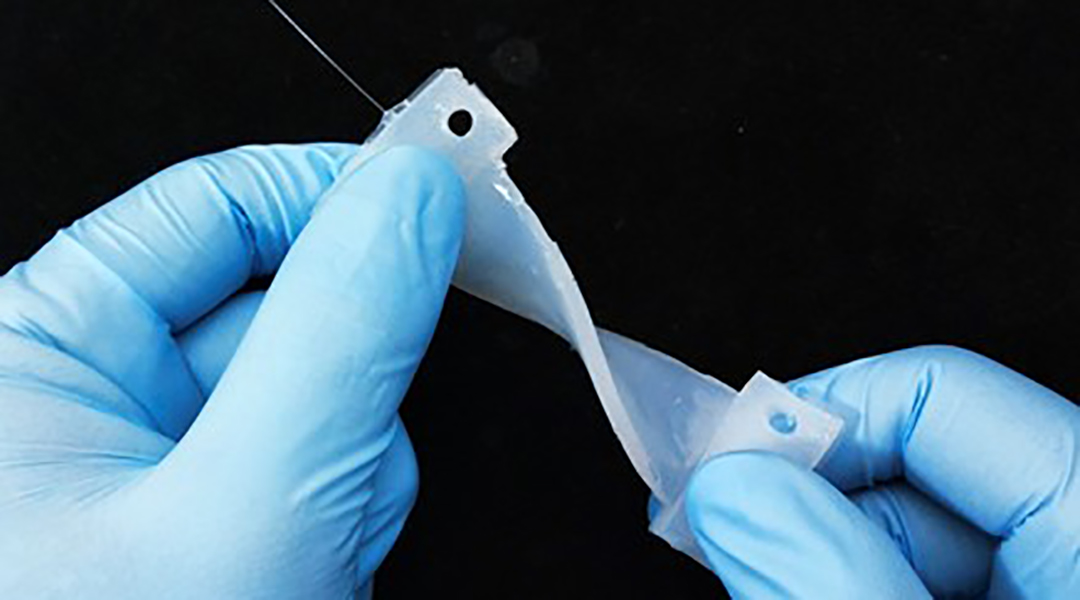 Skin-like sensors have huge potential in robotics, health, and rehabilitation. They can be easily worn to evaluate vital signs during sports, comprehensively assess a patient’s health to inform decisions around treatment or be extended toward enabling a machine to interact with its environment.

While this technology is promising, many challenges are hindering its widespread use, including developing flexible materials-based highly stretchable sensors that do not degrade quickly and that have the ability to operate under strenuous environments. For example, creating sensors that can stick to humid skin, withstand extreme heat, cold, or constant stretching, as well as taking impact.

In a recent study published in Advanced Intelligent Systems, a skin-like optical sensor was reported in which external strain can be detected by the wavelength and intensity of the sensor’s light signal.

A unique signal acquisition method that simultaneously extracts light wavelength and intensity was developed to improve resistance to environmental interference, such as changing temperatures, while improving the capability to extract multiple points of information on a single signal line. The wavelength is used as an “identity card” for identifying each sensor, and the light intensity is used as the output signal of the SSOF sensor to detect the external strain.

Attributed to the inherent advantages such as simple structure, less interference, and strong monitoring capabilities, an optical fiber whose refractive index changes periodically along its length (called Fiber Bragg Grating) is used in the device. However, they are usually made from silica, which is generally not stretchable, limiting their application in wearables.

When the optical fiber is bent, the transmission path of the light in the core changes, causing a part of the light to be refracted out of the optical fiber, thus resulting in a loss of light intensity. This light intensity loss effect will attenuate as the bending radius increases. Using this principle may overcome the shortcomings of the above-mentioned silica fiber sensors. Based on this, the new sensor was prepared by encapsulating an optical fiber with a Ω-shape into a flexible material to increase its tensile strain. The elongation and contraction of the sensor causes the radius of the Ω-shaped fiber to change, which regularly affects the light intensity signal, thereby realizing the measurement of the strain.

In a proof-of-concept test, simulated signal loss, sudden impact, and even water and extreme temperatures did not affect the output signal of the sensor, proving that the new sensor can adapt to a variety of environments and weather.

The sensor can be readily attached to the skin to monitor physiological activity, converting digital signals into virtual instructions and project them to the human-machine interface. For example, a sensor signals-based human motion tracking interface was built: the sensors worn on the human body captured the human motion signal and then drove the simulated 3D human body model to perform different actions following the real human body. Moreover, this feature has also been presented in other applications, such as the assessment of human breathing and muscle activity.

Although there are still many problems to be solved, this work not only puts forward a novel design idea for skin-like optical fiber sensors, but also provides insights into its huge potential in patient health monitoring and prosthetic training.