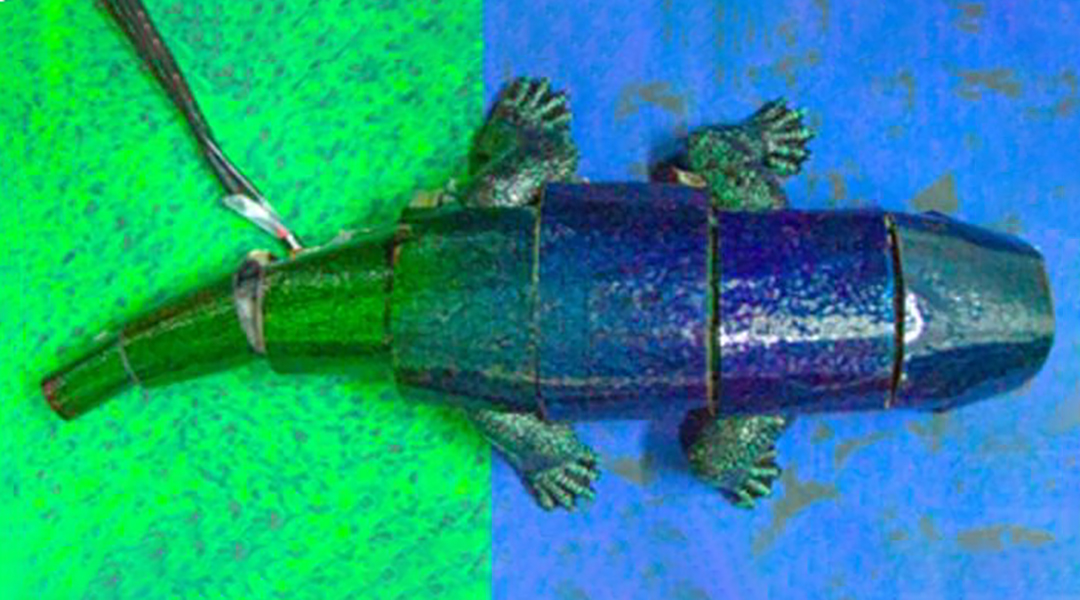 Approximately six years ago, I wrote about the integration of colour-shifting photonic crystals into credit cards, banknotes, and passports as a security measure against counterfeiting. This technology was inspired by my profound admiration for the tunable structure-based color that pervades the natural world.

Perhaps the most dramatic example is seen in chameleon skin. Famous for its colour-changing ability, the creature tunes which wavelengths of light undergo Bragg diffraction by changing the spacing between guanine photonic crystals in its skin. When the spacing between crystals matches a certain wavelength of light, that wavelength is constructively reflected, allowing the wave’s peaks to be taller and the troughs deeper. This makes the associated colour pop in comparison to the myriad of tones found in incident white light and results in a reptile that can take on any colour in the rainbow.

Now, knowing the mechanism behind how a chameleon gets its colors, you might be wondering how it matches itself to its surroundings or understands which shade to turn into to best impress a potential mate.

A recent report of a biomimetic robotic chameleon may throw some light on this question.

Using a downward-facing color sensor, the robot can detect the colour of the space around it. If a different hue is detected, the biomimetic chameleon changes its surface temperature to adjust the orientation and spacing of embedded helical thermochromic cholesteric liquid crystals. Much like the real thing, the skin of this robot controls its color by selectively choosing which wavelengths are seen by diffraction.

However, unlike the reptile, the skin of the biomimetic chameleon is knitted with patterns of silver nanowires instead of capillaries. Silver’s excellent thermal conductivity (the best in the periodic table!) allows for the rapid and precise temperature control needed to emulate the mastery over color shown by its living counterpart (watch the video).

Imagine an encounter between this soft robot mimic with the real thing; it just might be love at first sight or the beginning of an entirely one-sided fight to the death.

One can only imagine what the limits to the applications of this technology are! From its most obvious use in cutting-edge military camouflage to its incorporation into “smart” art, clothing, or toys, I believe the opportunities unlocked with this technology are unlimited.