A radical view of organelle evolution

What were the driving factors behind organelle evolution? 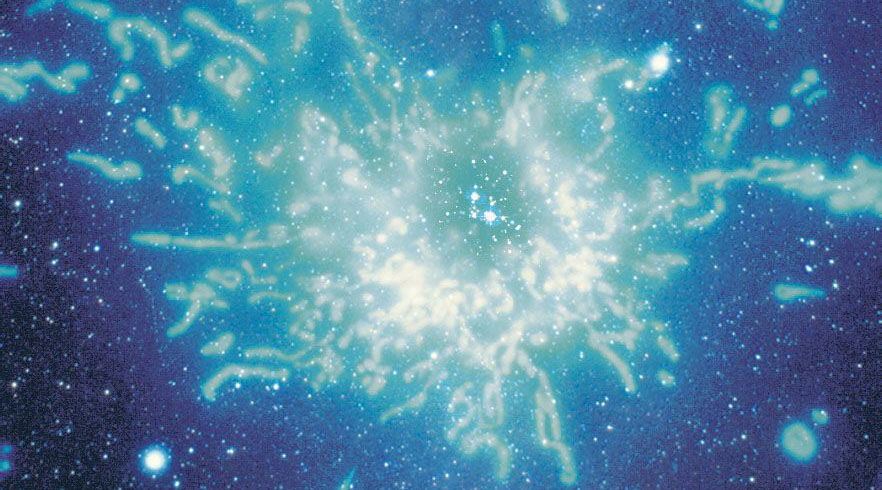 Eukaryotic cells are a prototypical example of a successful merger and acquisition. Through a series of symbiosis events, eukaryotic cells acquired and developed an intricate system of compartments, including mitochondria, the nucleus, and peroxisomes. These organelles allow sophisticated specialization in terms of the biological processes that take place in each of them, and provide opportunities to restrict (potential) damage to a specific subcellular location where appropriate defense can be mounted.

At the same time, the collection of organelles allowed eukaryotic cells to evolve complex cross-compartmental communication systems, hence enabling them to adapt to environmental or intrinsic stresses. But what were the driving factors behind organelle evolution? What drove the mutual acceptance between the alpha-proteobacterium that was to become the mitochondrion, and the host cell? And how did this lead to further organelle diversification and specialization of the eukaryote?

In this special collection, BioEssays highlights a number of papers in which various aspects of symbiogenesis are discussed. The main premise for symbiosis is the notion that both host and symbiont should benefit from the new partnership.

For a long time, the prevailing concept was that the symbiont’s capacity to generate ATP was a driving force. But as pointed out by Martin and Müller, that would assume quite a lot, i.e., that (1) the host did not make sufficient ATP by itself; (2) the symbiont had excessive ATP production to cover for both itself and the host; (3) the symbiont expressed machinery to share this excessive ATP with its environment, i.e., the host.

So they proposed an alternative ground-breaking hypothesis that was centered on hydrogen as the so-called “electron acceptor,” i.e., the element that absorbs the originally high-energy electrons derived from energy-bearing “food” after they have flowed “downhill” through a complex of proteins (the electron-transport chain – ETC). This hydrogen hypothesis posits that a H2-producing pre-symbiont encountered a H2-utilizing pre-host under H2-rich conditions.

But as the concentrations of H2 fell – as must have happened in Earth’s history – the host became dependent on the pre-symbiont-derived H2. At the same time, the pre-symbiont benefitted from this relationship because the new host provided organic substrates to sustain its metabolic requirements.

In the likely unstable environment in which symbiosis took place, with strongly fluctuating oxygen levels, it appears attractive to have two independently functioning electron transport systems that operate with different terminal acceptors for intermediate carbohydrate metabolism. Once environmental oxygen levels had risen and stabilized at their new level, oxygen remained as the terminal electron acceptor within mitochondria, and the archaeal acceptor was lost.

An important consequence of oxygen as the electron acceptor is the increased production of reactive oxygen species (ROS), which can cause much damage to a cell’s macromolecules. This provided the selective pressure for further evolutionary adaptations.

These include primary ROS scavenging through antioxidants in various cellular compartments, as well as reparative solutions such as DNA damage repair, mitophagy, etc. But in the face of symbiosis one may also consider the peroxisome as an adaptation to counteract ROS production during fatty acid breakdown, as proposed by Speijer.

Its redox homeostasis is different from that in mitochondria, and rerouting some of the metabolic pathways to this organelle may help the cell to keep ROS concentrations at an acceptable level. Moreover, as well as helping us investigate further questions of energy metabolism and ROS formation, evolution of the mitochondrion, and of eukaryotic life, Speijer’s larger conceptual framework – based on analyzing the selective pressures that accompanied early energy metabolism – is consistent with observations of energy metabolism in present-day multicellular organisms.

While most of these ideas are difficult to address experimentally, they are thought-provoking, and make us wonder about the evolution of energy metabolism in general, and the origins of eukaryotic life in particular. Also interesting is the inevitable conclusion that this crucial event was as dependent on energetic and chemical considerations, and Earth’s evolution, as was the origin of the very first “living” cells.