A portable spectrometer built using a “lab on a chip”

A mini, portable tool to measure light could improve everything from smartphone cameras to environmental monitoring. 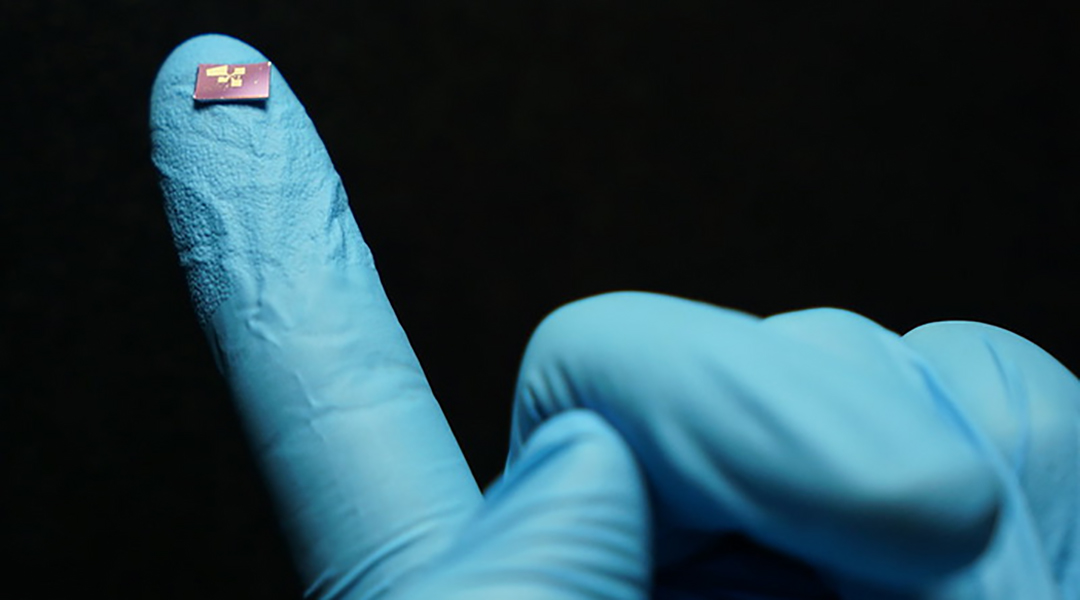 Spectrometers, instruments used to measure the properties of light, are necessary for many devices, from smartphones to space telescopes. However, they are usually either quite large and complex or have poor performance. This fact has made the development of compact though accurate spectrometers an important engineering challenge in recent years.

It is this problem that has been addressed by an international team led by researchers at Finland’s Aalto University, which proposed the simple design of a miniature, portable spectrometer.

“We’ve demonstrated a way of building spectrometers that are far more miniature than what is typically used today,” said Ethan Minot, a professor of physics in the Oregon State University College of Science in an interview. “[These devices] measure [spectrum] — the strength of light at different wavelengths — and are super useful in lots of industries and all fields of science for identifying samples and characterizing materials.”

The device was built using materials so thin that they are essentially two-dimensional and chosen due to their ability to interact with light in the visible range of the spectrum. Since the discovery of graphene — which is a honeycomb carbon lattice one atom thick — materials of this kind have found numerous applications in both fundamental and applied science.

The centerpiece of the mini spectrometer is a junction where  sheets of these two-dimensional materials meet. When light hits the junction, it generates a measurable  electrical current that the spectrometer uses to determine its wavelength. The measurements made with the mini spectrometer agreed well with data obtained by currently available spectrometers, demonstrating the viability of the proposed design.

Very important is the fact that the spectrometer is simple and extremely compact: where traditional spectrometers require bulky optical and mechanical components, the new device can fit on the end of a human hair, Minot said in a statement.

“Our spectrometer does not require assembling separate optical and mechanical components or array designs to disperse and filter light,” said Hoon Hahn Yoon, who led the study with Aalto University colleague Zhipei Sun Yoon. “Moreover, it can achieve a high resolution comparable to benchtop systems but in a much smaller package.”

To build the spectrometer, the team had the help of machine learning and trained an algorithm to recognize which electrical current corresponded to which wavelength of visible light. With this knowledge, the machine learning algorithm could reconstruct the spectrum of a light beam consisting of waves with different frequencies.

A world of application

The authors noted that their invention could have countless applications, including industrial inspection, chemical/biological characterization, and image sensing/analysis.

“It’s exciting that our spectrometer opens up possibilities for all sorts of new everyday gadgets, and instruments to do new science as well,” said Minot.

In medicine, for example, implanted spectrometers are already being tested for their ability to detect subtle changes in tissues, such as the difference between tumors and healthy tissues. For environmental monitoring, a spectrometer could accurately determine what kind of pollution is in the air, water, or ground, and how much of it is there. These devices could also be used for the structural analysis of chemical compounds, as well as quality control in the food and drug industries.

“It would be nice to have a low-cost, portable spectrometer doing this work for us,” said Minot. “And in the educational setting, the hands-on teaching of science concepts would be more effective with inexpensive, compact spectrometers.”

New spectrometers can be very useful not only for advancing fundamental science, but for promoting it to a wider audience by bringing light measuring capabilities outside of the lab, making them accessible to science enthusiasts.

The researchers hope that in the future they will be able to make their spectrometer even better, proposing increasing the size of the dataset used in the machine learning process, designing junctions with even better responses by using other two-dimensional materials, and optimizing the algorithm.