A plant to help the planet: A strong, tough, and scalable material from fast-growing bamboo

Lightweight but tough, bamboo is the hope for a more sustainable life and future for our planet. 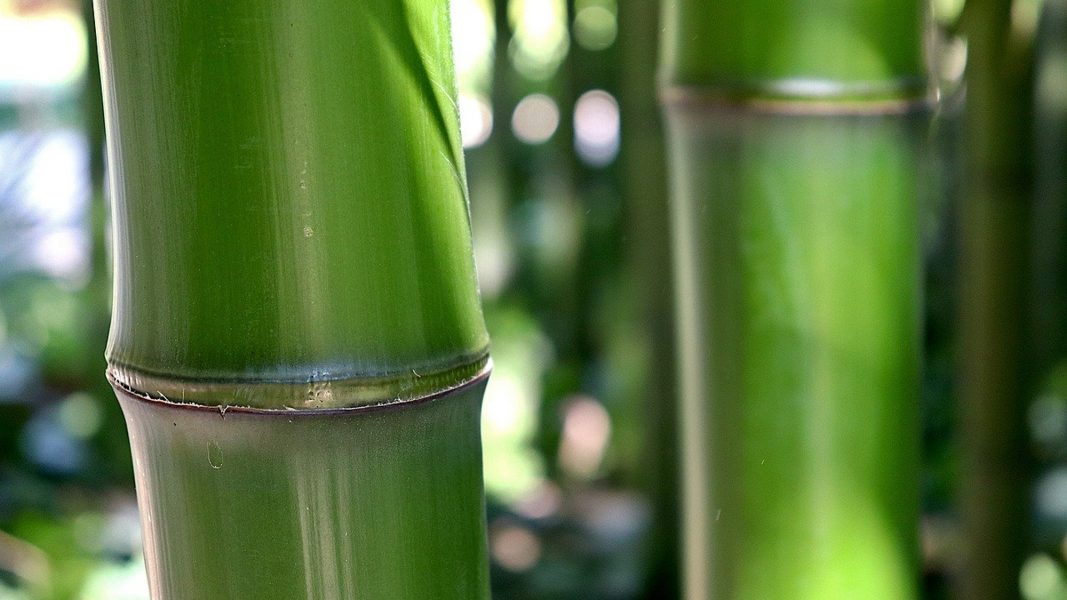 Since I was a kid, climate change has been an urgent, global topic, the term often being accompanied with words such as greenhouse effect, glacier melt, sea level rise, and many others. With the passing years, mounting evidence of the catastrophic transformation of our Earth has been emerging, and while slow to change, step-by-step we are rising to the idea that we must act before the catastrophic scenario of a sick and dead planet becomes a reality.

Not just a natural process …

For millions of years, our planet has gone through abrupt environmental modifications. Tectonic shifts of continental plates, fluctuations in ocean circulation, and the growth and decay of mountain ranges across the globe have been among the many causes of past climate change events. Seven cycles of glacial advance and retreat eventually led to the Earth as we know it today. However, although these transformations have been part of the evolution of our planet over millions of years, where the current change as a result of human activity has been the cause of severe, unnatural changes in a time frame of only a few centuries.

However, intervening to save the planet requires rethinking “comforts”, which require harmful industrial processes to produce and manufacture, and clashes with the idea of greener and eco-friendly technological approaches — compromising in the name of a healthier planet can be hard to put into practice.

Among these types of materials, bamboo seems to be one of the most promising solutions in the search for alternative, natural materials for advanced technological and mechanical applications. This evergreen plant actually is a type of grass, found mostly in the humid and tropical climates of Asia, Australia, North and South America, and Sub-Saharan Africa, with almost 1500 different species.

Bamboo is already being used as a sustainable material to create materials that are 100% biodegradable and eco-friendly. For one, bamboo does not require fertilizers to grow as it is quite hardy and can be grown in infertile soil. It also has beneficial effects for the land itself because discarded leaves decompose on the ground and release their own nutrients into the soil, thus “regenerating” it and making it fertile for the next crop.

Even more importantly, bamboo grows incredibly fast; in fact it is one of the fastest growing plants on the planet with a rate of almost four cm per hour (about 90 cm per day). This property allows bamboo to be harvested every 3-5 years, much less than 20-60 years usually required from the traditional timber, which helps to limit deforestation.

Last, but not certainly not least, bamboo further lowers its carbon footprint by absorbing four times more carbon dioxide than a typical plant and produces about 35% more oxygen.

It is safe to say that bamboo has what it takes to produce sustainable, eco-friendly products. Stronger than concrete but so flexible that it can be used as paper, this plant has found applications ranging from clothing to boat construction, furniture manufacturing and construction. Its potential for technological applications resides in its surprising mechanical properties.

Pre-treatment with bleaching, saturated steam, and hot oil are usually required to improve the mechanical strength of natural bamboo. However, the results of these processes only partially improve the tensile and flexural strength of the treated bamboo, achieving a mechanical tensile strength which is 10-20 times lower than its theoretical limits.

Recently, researchers at the University of Maryland under the leadership of Professor Liangbing Hu have developed an effective and low-cost method to prepare lightweight and strong bulk densified bamboo. The approach consists of cutting tubular bamboo and removing the inner node sections, which is then softened by high-pressure steam and flattened into a bulk material using a hot horizontal press.

The entire process, which eventually yields what is called “densified bamboo”, results in the delignification of the bamboo. In other words, the hemicellulose and lignin content originally present in the plant are partially removed, which results in an increase in the amount of cellulose. On the microscale, the remaining cellulose fibers are well-aligned and the cellulose molecular chains get closer to each other, thus facilitating the formation of hydrogen bonds and the increase of van der Waals forces.

This has the effect to significantly enhance the density of the final material and, most importantly, it strongly improves the mechanical properties. The measured specific strength of the densified bamboo is 777 MPa cm3 g-1, which is much higher than other materials commonly used for structural purposes, such as polymers, plastics, alloys, and even steel.

These findings open the way to a mass use of this material for engineering applications. We do not know yet when this will happen, but we can surely put bamboo among the other ingredients for a healthier planet and a more sustainable life.