A new tool for visualizing all atoms in a cathode lattice

Mapping the locations of all the atoms in a cathode material allows for a better understanding of degradation mechanisms and the development of better batteries. 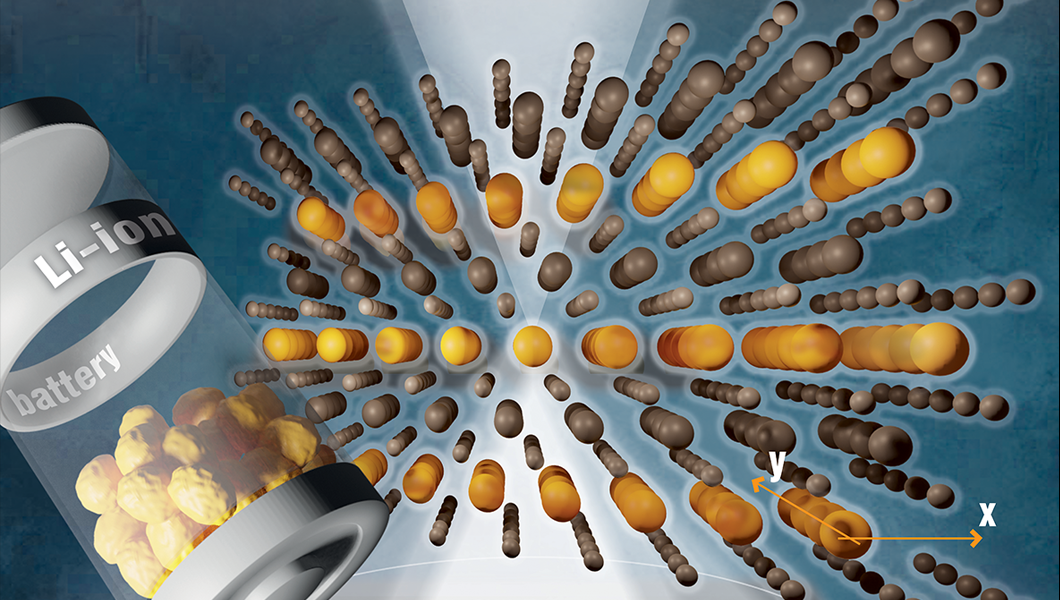 Freeman Dyson argued for many years that scientific discovery is driven much more by tools than it is by ideas. Whether or not you are convinced by this argument, it would be hard to deny that the new tools of the 20th century, like NMR and SEM, have had a massive impact on the development of many fields.

As in all fields of science, progress in lithium-ion battery research is limited by the lack of appropriate tools for analysis. The layered oxide LiNiO2 is a popular experimental cathode material for use in lithium-ion batteries. It has very high energy density but has not been commercialized due to instability.

After repeated use, the layered oxide degrades into the parent rock salt, which cannot be used as a cathode. To prevent this process from occurring, first its mechanism must be better understood.

A German team lead by Kerstin Volz have recently reported a new tool that they use to address this problem. “Before now there was no experimental method to make the arrangement of single lithium atoms in nickel-oxide visible.” said Volz in a recent interview. “Of particular concern,” she continued, “is the lack of experimental results for materials that could be used in batteries.”

The new technique uses scanning transmission electron microscopy in conjunction with a fast pixelated detector and 4D imaging to map the positions of all atoms in the material. The technique increases the contrast for lithium atoms, a phenomenon which helps to visualize the complete lattice.

Of particular interest to the team were the regions in which the layered oxide was in the process of converting to the rock salt. They found that there was no sharp interface between the two different structures, but rather a gradual shift.

They showed that in these transition regions, nickel ions in tetrahedral sites appear to diffuse inward from the surface of a particle. As a result the scientists suggest that perhaps new doping strategies should be employed using elements with a high affinity for tetrahedral sites.

This new tool has offered new insight into the degradation process of this promising cathode material. The team hope that these experimental results may act as a guide for future computational work aimed at an even deeper understanding of LiNiO2 stability.