A New Oxidation State for Dysprosium

Professor Tetsuya Uda and co-workers have uncovered the first evidence of tetravalent dysprosium in a crystalline oxide material. 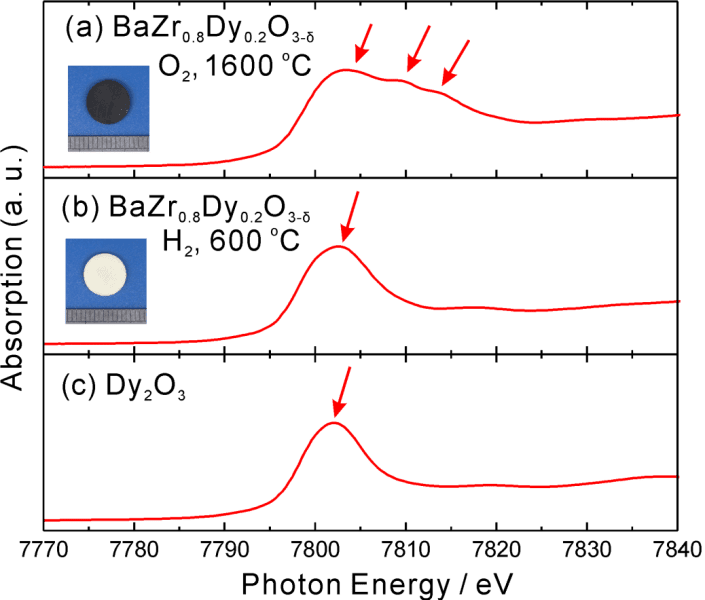 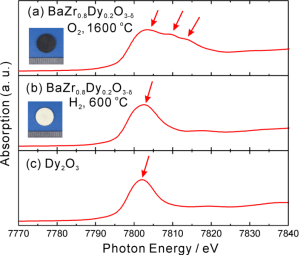 Professor Tetsuya Uda and co-workers have uncovered the first evidence of tetravalent dysprosium in a crystalline oxide material.  This was previously thought to be impossible, as dysprosium had only been oxidized to such an extent in unstable fluoride compounds until now.  With these new results, it may be time for revisions of some classic textbooks; however, the impact of this discovery could go far beyond the classroom, with potential applications in the fields of fuel cells, catalysis, and oxygen storage.

Dysprosium is a rare earth element which, up until now, has primarily been used in niche applications that take advantage of its unique neutron absorption properties and high magnetic susceptibility.  The oxides of dysprosium are used in such applications as ceramics and lasers today, but a small change in oxidation state can make a big difference, and the scope of potential applications could be primed for a rapid expansion after the implications of this study are fully realized.

For an example of what could be expected, we can look to cerium, which is located in a similar region of the periodic table and has long been known to exhibit multiple oxidation states.  It is exactly this property which makes cerium oxides useful for fuel cell electrolytes, where the high ionic conductivity for oxygen is of the utmost importance.  Cerium oxide is also an indispensable component of every automobile catalytic converter, where multiple oxidation states allow the crystal to effectively store oxygen and then release it when needed in order to oxidize or reduce the molecules of pollutants as necessary.  Now that dysprosium oxide has been shown to exhibit similar oxidation behavior under the right conditions, we might just expect similar types of applications to develop.

In order to prepare the dysprosium oxides, Professor Tetsuya Uda and co-workers started with a perovskite crystal of BaZrO3, and then they substituted dysprosium for 20% of the zirconium atoms using a solid state reaction method.  After heating in an oxygen atmosphere at 1600 °C, the color of the powder changed from white to black, indicating a drastic change in state for the crystal.  Using x-ray absorption spectroscopy, new absorption peaks were observed which correspond to the new oxidation state of dysprosium.  These experiments appear to have provided conclusive evidence for the existence of tetravalent dysprosium, but for the applications of dysprosium, this could be only the beginning.