A new look at color displays 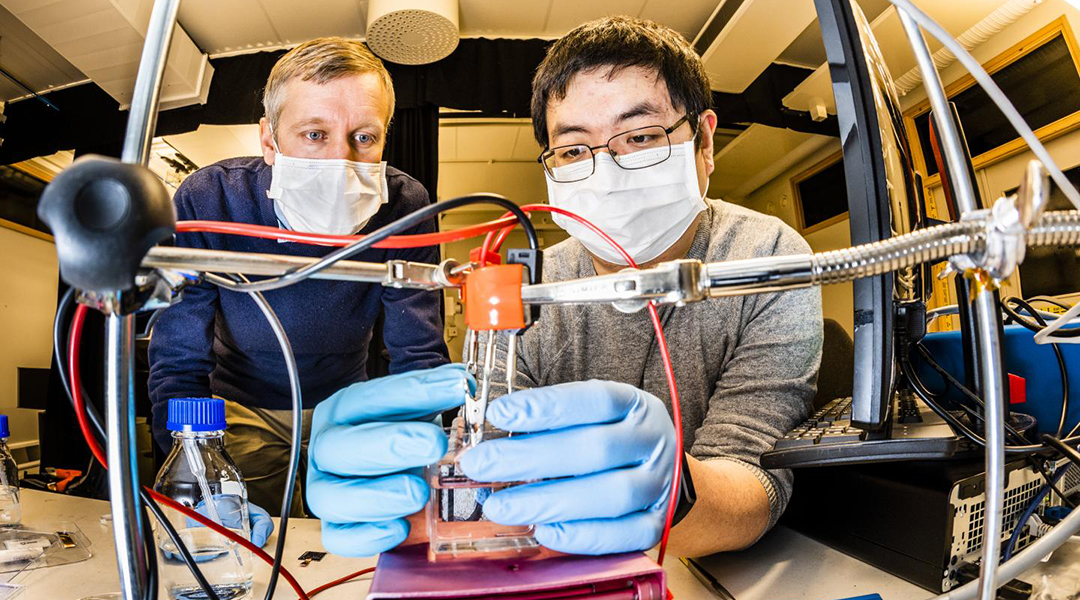 We usually think of colors as created by pigments, which absorb light at certain wavelengths such that we perceive color from other wavelengths that are scattered and reach our eyes. That’s why leaves, for example, are green and tomatoes red. But colors can be created in other ways, and some materials appear colored due to their structure.

Structural colors can arise when light is internally reflected inside the material on a scale of nanometres. This is usually referred to as interference effects. An example found in nature are peacock feathers, which are fundamentally brown but acquire their characteristic blue-green sheen from small structural features.

Researchers at Linköping University have developed a new and simple method to create structural colors for use in reflective color displays. The new method may enable manufacturing of thin and lightweight displays with high energy-efficiency for a broad range of applications.

Another type of display, reflective displays, is therefore being explored for purposes such as tablet computers used as e-readers, and electronic labels. Reflective displays form images by controlling how incident light from the surroundings is reflected, which means that they do not need their own source of illumination. However, most reflective displays are intrinsically monochrome, and attempts to create colour versions have been rather complicated and have sometimes given poor results.

“We have developed a simple method to produce structural color images with electrically conducting plastics, or conducting polymers. The polymer is applied at nanoscale thicknesses onto a mirror by a technique known as vapor phase polymerisation, after the substrate has been illuminated with UV light. The stronger the UV illumination, the thicker the polymer film, and this allows us to control the structural colours that appear at different locations on the substrate,” said Shangzhi Chen, one of the study’s authors.

The method can produce all colours in the visible spectrum. Furthermore, the colours can be subsequently adjusted using electrochemical variation of the redox state of the polymer. This function has been popular for monochrome reflective displays, and the new study shows that the same materials can provide dynamic images in colour using optical interference effects combined with spatial control of nanoscale thicknesses.

Magnus Jonsson, associate professor at the Laboratory of Organic Electronics at Linköping University, believes that the method has great potential, for example, for applications such as electronic labels in colour. Further research may also allow more advanced displays to be manufactured.

“We receive increasing amounts of information via digital displays, and if we can contribute to more people gaining access to information through cheap and energy-efficient displays, that would be a major benefit. But much research remains to be done, and new projects are already under way,” said Magnus Jonsson.