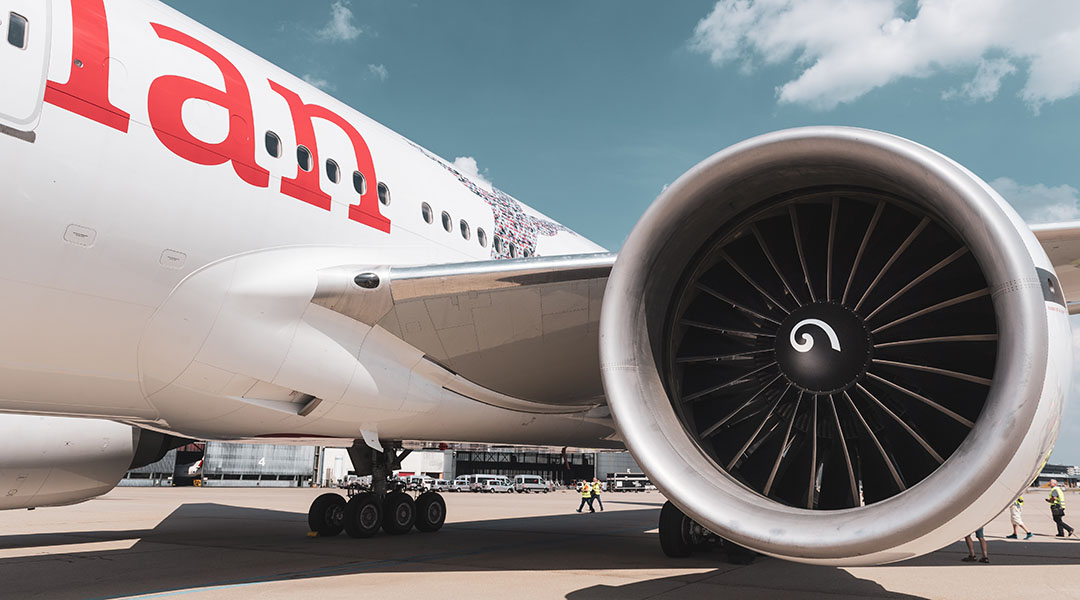 When the volcano, Eyjafjallajökull, erupted in Iceland in 2010, it paralyzed air traffic in large parts of Europe. Volcanoes pose a threat to aircrafts as ash, which commonly contains calcium magnesium aluminum silicates (CMAS), causes significant damage to turbines. Similarly, fly ash, which is a fine powder produced as a byproduct of burning pulverized coal in electric generation power plants, poses a similar threat.

Thermal barrier coatings are used to protect turbines from this type of pollutant damage. These coatings are applied using two technologies: processing the components with electron beam evaporators in vacuum chambers and atmospheric plasma spraying. While the first results in very high-quality and durable coatings, it is expensive. And though atmospheric plasma spraying is rather inexpensive, the protective layers produced are not as resistant.

Recently, a team from the Fraunhofer Institute in Dresden has put a new ceramic heat shield technology into industrial application. In this process, a powder of yttrium-stabilized zirconium oxide is added to water to form a suspension, which can then be sprayed onto turbine blades or other aircraft parts in an efficient and cost-effective manner. According Dr. Maria Barbosa who headed the team, the new technology makes aircrafts more economical, environmentally friendly, and robust.

By using a suspension of very small particles (with a diameter of only 1 µm or smaller) instead of fine powders used in previous methods, the researches were able to spray their coating onto the desired mechanical parts without clogging or aggregation. Since the process is quite simple, the costs remain rather low.

The Fraunhofer scientists report that they could raise the operating temperature of a turbine by around 150 °C compared to an uncoated turbine, increases operational efficiency, extending its service life, and reducing cooling costs.

The bottom line is lower fuel consumption. “The environment is also less polluted since the fuel in the improved engines burns more efficiently, which reduces fuel consumption and accordingly fewer pollutants are emitted,” estimates Dr. Barbosa in a press release.

The team is also working with the German Aerospace Center to develop a ‘sacrificial layer’ so that ash and even sand cannot immediately damage the turbine blade itself, making a sudden volcanic eruption less dangerous to a flying plane.

The team is optimistic that their new spray-coating method will help reduce the environmental impact of air travel. They also see great potential for their process in sectors outside the aerospace industry, for instance in the production of semiconductors. It will be interesting to see the full impacts of this technology.