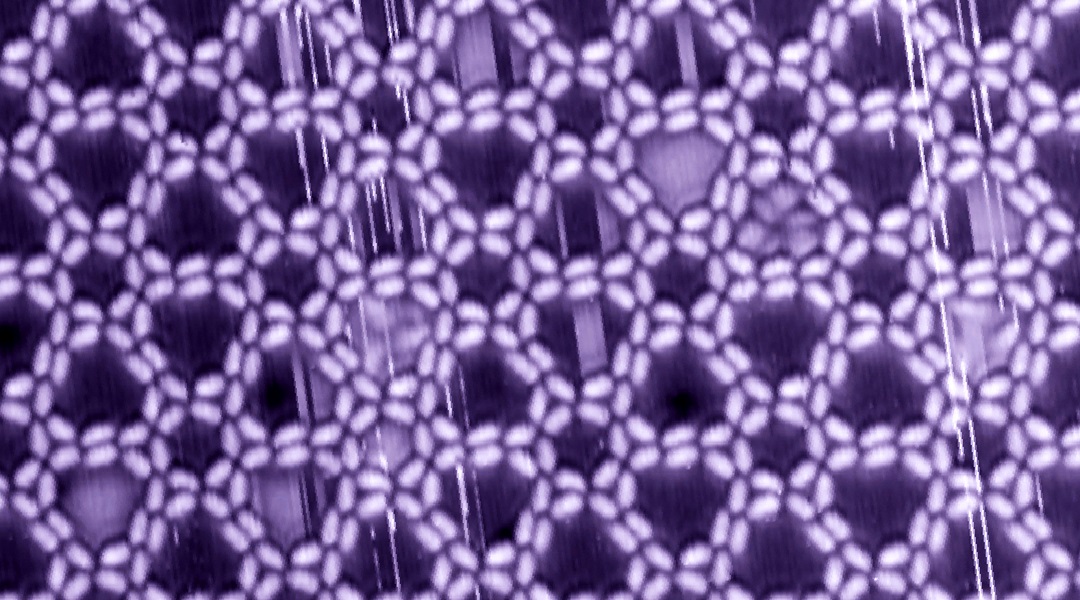 Scientists at the Technical University of Munich (TUM) had a crazy idea: they wanted to develop a completely new material that went beyond the limits of previous possibilities. Inspired by natural zippers, they aim to construct functional nanostructures “to push the boundaries of man-made structures.”

In nature, zippers are used, for example, in our genetic information, which is encoded in two DNA strands, “zipped” together through a network of hydrogen bonds into a double helix structure. At present, nanoscientists are already able to arrange self-assembling molecular units in nanometric patterns .

In the current study, scientists from diverse disciplines and nationalities joined forces to explore a new feature in two-dimensional architectures using a chemical group called hydroxamic acid. They prepared a simple building block — a rod-like molecule with a hydroxamic acid group at each end — and inspected its assembly on atomically planar silver and gold surfaces.

“We used a battery of advanced microscopy tools addressing the single molecule, spectroscopic techniques looking at the molecular ensembles combined with theoretical modelling as pieces of evidence to provide some atomistic understanding,” explains Dr. Anthoula Papageorgiou from the TUM Department of Physics.

Their investigations shows that the molecular building block adapts its shape in the environment of the supporting surface and its neighboring molecules. This results in an unusual variety of supramolecular surface motifs. However, only a few of these motifs organize themselves into the favored 2-D crystals.

Among them, an unparalleled network emerged, the pattern of which is reminiscent of images of sliced lemon, snowflakes, or rosettes. They have three differently sized pores that are able to take up small gas molecules, such as carbon monoxide, or small proteins, such as insulin. The inner walls of the obtained nanostructure offer sites that can also direct molecules. This is a milestone in the tessellations achieved by molecular nanostructures and the number of different pores expressed in crystalline 2-D networks.

“There are many exciting opportunities and questions arising,” says Anthoula Papageorgiou. “We plan to study the templating capabilities provided by the network pores. We can imagine complex arrays of differently sized nano-objects and rotors. Our ongoing work focuses into stabilizing and functionalizing further such networks.”

With the capability to orient and anchor reversibly molecules, the researches envisage the pores acting as nanoreactors and applications in the fine chemical or pharma industries in the future.