A new inhibitor of glutamate transporter enzymes can be turned 'on' and 'off' using different wavelengths of light. 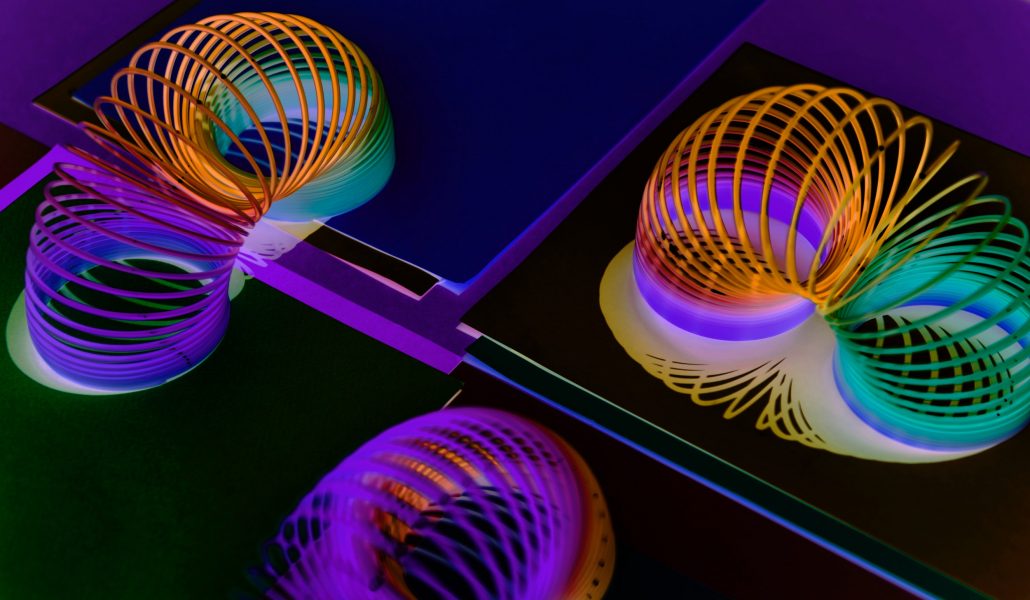 Glutamate is an important neurotransmitter in the human central nervous system. When a neuron fires, glutamate is released into the synapse. In order for the next signal to be effective, the glutamate must be rapidly removed from the synapse using transporter enzymes. Since abnormal accumulation of this molecule in the synapses is associated with various diseases, there is a growing field of research investigating the mechanisms of this system.

Some impressive work on glutamate inhibitors has been done in vivo. A glutamate transporter inhibitor has been shown to increase the concentration of glutamate in mouse brains. But using inhibitors like this can lead to compensatory responses by biological systems. If an inhibitor could be designed that could be switched on and off, this would deliver a more detailed picture of the relevant enzymes.

A group from Holland recently reported the synthesis of an inhibitor that could be switched on or off using light. 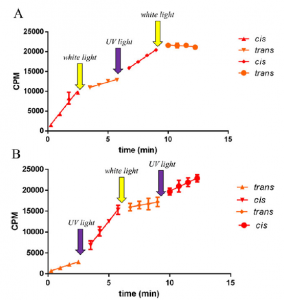 A known inhibitor of a glutamate transporter was used as a starting point for the design of the new molecule. A backbone amide group was replaced by a diazo group. This functional group is known to be able swap from the cis to trans configuration and back again when triggered by particular wavelengths of light.

Various analogues of the inhibitor were synthesized, and tests were then carried out that showed that in general the trans isomers of the compounds had a greater affinity for the glutamate transporter than the cis.

The team added one of these new compounds to the enzyme in vitro. The activity of the enzyme could then be readily increased by simply shining UV light on the system (giving the inactive cis configuration), and decrease it with white light (giving the active trans configuration). This process could be repeated numerous times, indicating that the changes to the system were rapid and reversible.

The team hopes that this readily controllable inhibitor will be used as a  tool to enable deeper understanding of the glutamate transport system.