Understanding the mechanisms that regulate coordinated growth in the body and the remarkable parallels between species allows scientists to create a universal model for morphological scaling. 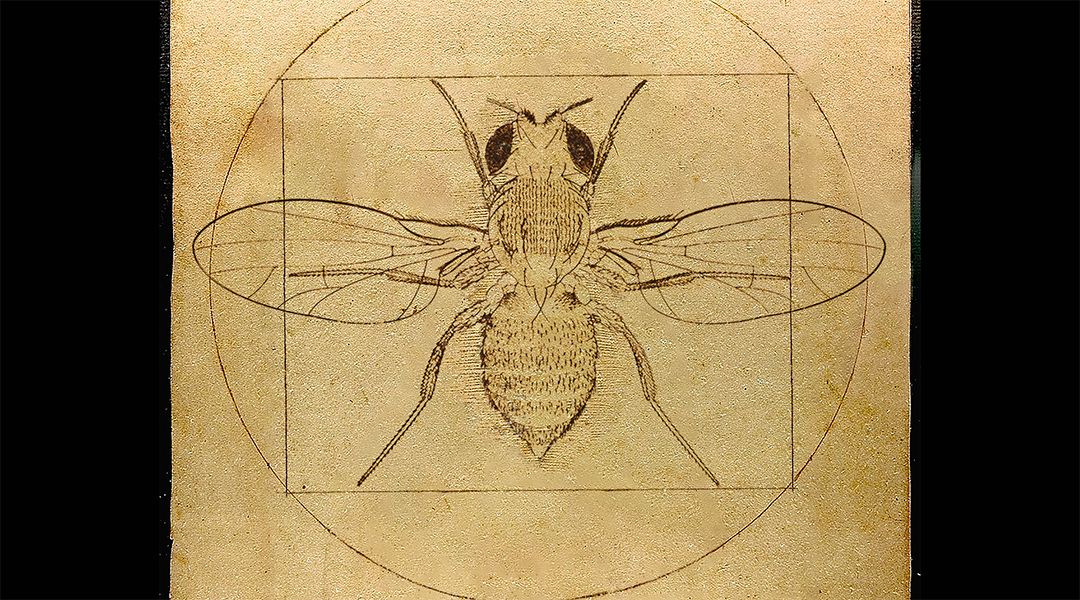 For centuries, we have been fascinated by the proportion of the human body, both in arts and sciences. The Vitruvian Man, illustrated by Leonardi Da Vinci but based on the work of the Roman architect Vitruvius, represents a quintessential example of this fascination.

Body proportion, however, is not solely a human quality; all animal species are characterized by body proportions specific to that species and that defines the species’ shape. These proportions are both constant enough so that each animal species can be recognized by its shape (for example distinguishing humans from bonobos), but are also somewhat variable within species, in particular between the sexes (for example between male and female elephant seals). Understanding the mechanisms that regulate body proportion and how proportion is maintained across a range of body sizes is therefore fundamental to understanding variation in morphology, both within and between species.

Body proportions can be described by morphological scaling relationships, or allometries, where the size of two co-varying body parts or organs are plotted against one another on a chart, one on each axis. Changes in the parameters of a scaling relationship — its slope and intercept — reflect changes in body proportion, and how body proportion changes with overall body size. Scaling relationships are generated because growth of organs is developmentally coordinated across the body, so that large individuals have larger body parts. Even though scaling is a universal phenomenon, we still have a surprisingly poor understanding of how growth of individual organs in the body is coordinated to generate a correctly proportioned adult.

In a recent review, published in WIREs Developmental Biology, we sought to provide a comprehensive account of decades of research on the mechanisms regulating coordinated growth. We observed that despite their apparent variety, these mechanisms show remarkable parallels between vertebrate and invertebrate species.

By describing common characteristics of the developmental mechanisms that generate morphological scaling, we propose a general model of these mechanisms, called ‘Network-Regulated Scaling’. Under this model, coordinated growth can be controlled by three distinct yet interconnected aspects.

First, trait-autonomous mechanisms allow organs to grow in a coordinated manner by responding individually to the same environmental or genetic conditions. Second, “systemically regulated” mechanisms coordinate organ growth by the indirect action of hormones secreted from central endocrine organs that themselves respond to environmental or genetic variation. Finally, “network-regulated” mechanisms combine trait-autonomous and systemically regulated mechanisms, but with the addition that organs are also able to communicate their growth status to other organs and regulated their growth also, using a variety of signals. Network-regulated scaling is critical to ensure that animals can generate a correctly proportioned adult even if the growth of one individual organ is disrupted, for example due to tissue damage by injury or disease.

There is also an important gap in the way we currently understand body proportion, arising from the fact that it has been studied by researchers in two separated fields within biology.

Evolutionary biologists examine patterns of morphological scaling within populations and among species or taxa, often working on charismatic animals such as horned beetles and stalk-eyed flies. In contrast, developmental biologists identify the genetic mechanisms that control these scaling relationships, focusing on considerably less charismatic laboratory-based models such as fruit flies and mice.

Currently, there is little overlap between the two fields with respect to the regulation of body size and organ size. If we want to tackle the complexity of the seemingly simple, universal phenomenon that is body proportion, we will need to build bridges between research on the developmental-genetic mechanisms that regulate size and scaling in a few model organisms, and research that examines variation in size and scaling in natural populations.

Written by: Isabelle Vea and Alexander Shingleton, University of Illinois at Chicago