TOI-2109b is the second hottest exoplanet discovered so far, with a year lasting just 16 hours. 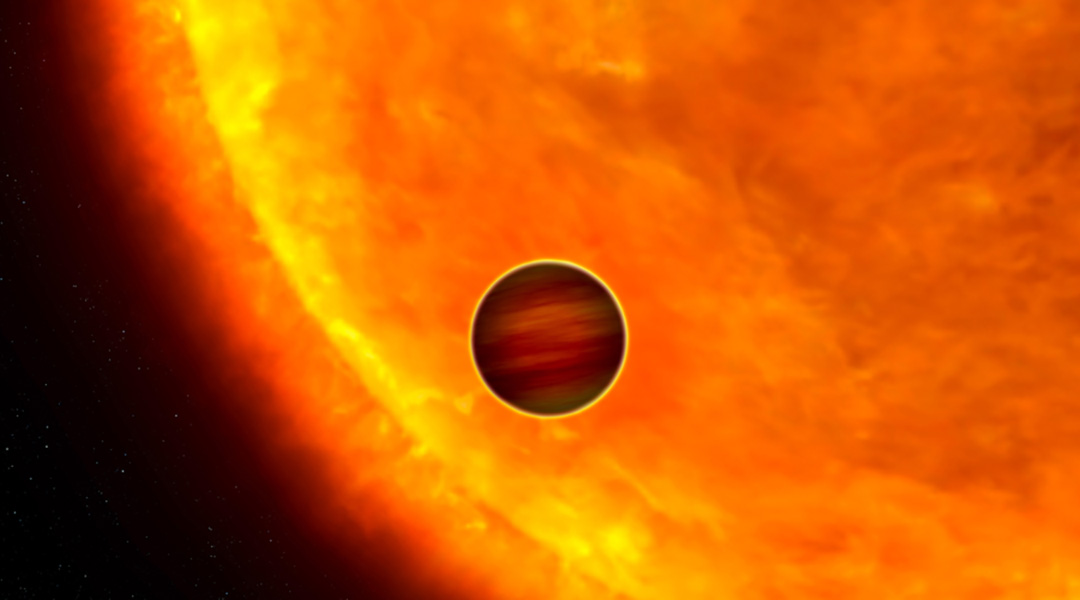 Researchers have reported the discovery of a unique ultrahot Jupiter with a short orbit of just 16 hours — this is in comparison to our own Jupiter’s 12-year orbit. The discovery was made by scientists at the Massachusetts Institute of Technology (MIT) using NASA’s Transiting Exoplanet Survey Satellite (TESS).

How ultrahot Jupiters form remains a mystery in astronomy, however, there are numerous examples of them throughout the universe, with over 400 recorded by scientists to date.

These planets are gas giants, similar in composition to our own Jupiter, with short orbits and dayside temperatures greater than 2,000 Kelvin (a whopping 1726°C or 3140°F). At these temperatures, molecules break down into their constituent atoms, and then reform again during the planet’s cooler night.

This ultrahot Jupiter was identified over the course of a month, when NASA’s TESS collected data related to the star’s light signature. The astronomers analyzed it for dips in brightness, called transits, which occur when planets move between the telescope and a star, blocking the light.

These initial measurements were followed up with measurements taken by multiple ground-based telescopes over the next year. “Everything was consistent with it being a planet, and we realized we had something very interesting and relatively rare,” Avi Shporer, an exoplanet scientist at MIT and co-author of the study, said in a statement.

The new find, called TOI-2109b, has five times Jupiter’s mass and is one of the most extreme hot Jupiter discoveries to date. It is orbiting a star located about 855 light-years away from Earth in the constellation Hercules called TOI-2109 where TOI stands for “TESS Object of Interest”.

The planet appears to have a perpetual day and night side, similar to how we only ever see one of the Moon’s sides from Earth. Its 16 hour orbit indicates a close proximity to its star, resulting in a calculated dayside temperature of 3,500 Kelvin (roughly 3220°C or 6,000°F) that is equivalent to the temperature of a small star.

“The planet’s night side brightness is below the sensitivity of the TESS data, which raises questions about what is really happening there,” Shporer says. “Is the temperature there very cold, or does the planet somehow take heat on the day side and transfer it to the night side? We’re at the beginning of trying to answer this question for these ultrahot Jupiters.”

This is the second hottest exoplanet discovered so far, coming behind KELT-9b, which has dayside temperatures that exceed that of most stars.

TOI-2109b is intriguing for another reason: it appears to be in the process of orbital decay i.e., it’s slowly spiraling into its star. This, the astronomers say, presents a unique opportunity to study how planets behave as they are swallowed by their star. They plan to recruit more powerful tools in the near future, including the Hubble Space Telescope and the soon-to-launch James Webb Space Telescope.

“Ultrahot Jupiters such as TOI-2109b constitute the most extreme subclass of exoplanet,” said Ian Wong, lead author of the study, who is now working at the NASA Goddard Space Flight Center. “We have only just started to understand some of the unique physical and chemical processes that occur in their atmospheres — processes that have no analogs in our own solar system.”

Nobel Prizes 2019: Physics
Ingenuity makes its first controlled flight on Mars
The ongoing search for life on Venus
First images of a multi-planet system with a Sun-like star