Using a computer model to plan electricity grids in developing countries, researcher Christina Dominguez traveled to Kenya to get an idea of how people live without electricity and what developments access to the power grid can trigger. 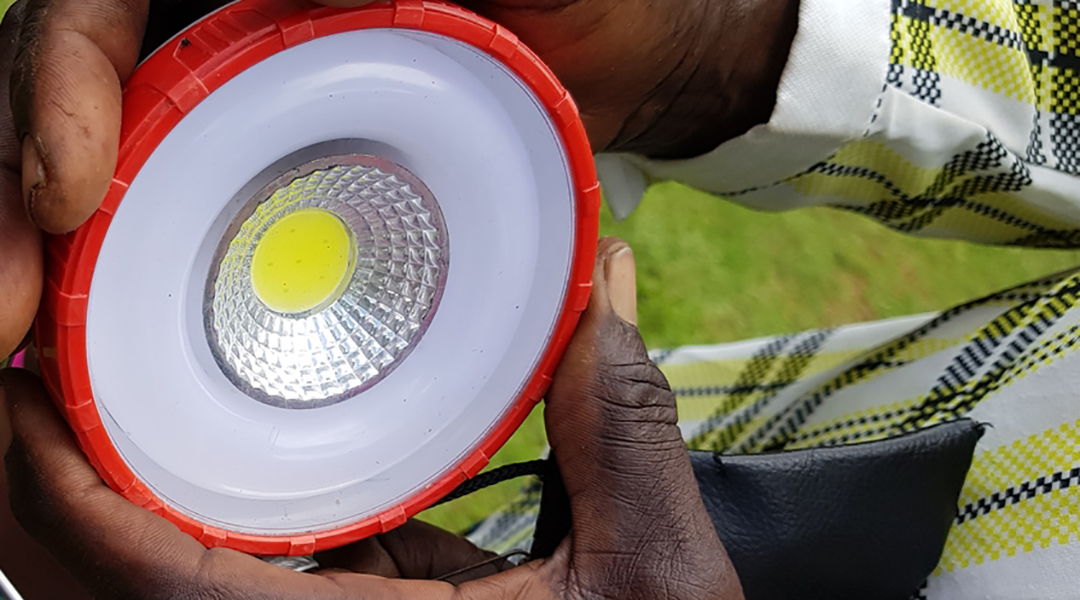 The fact that electricity not only provides the luminous displays of our numerous gadgets, but also enables healthy, clean living spaces or even access to education in large parts of the world is easily forgotten in our highly digitalized world. Many developing countries are stuck in a vicious circle of poverty with their low electrification rates.

Without lighting at home, there is a lack of opportunities for value-adding work besides agriculture. Children can no longer do their homework or learn to read in the evening. Moreover, there are health problems, often caused by smoking fireplaces in the house or sooty kerosene lamps. Access to clean energy is generally considered a springboard to generate a higher income and thus escape poverty. This is why it has been identified as one of the 17 UN goals for sustainable development.

A model for areas worldwide

To help achieve this goal, Cristina Dominguez, a Ph.D. student at the Institute of Building Physics at ETH Zurich and in Empa’s Urban Energy Systems lab, is developing a computer model that will provide project developers in rural areas with estimates of household electricity requirements. This should enable accurate and therefore sustainable planning of the electricity grid. In developing countries, electrification projects often fail because reliable data for determining the needs of often widely scattered households is hardly available.

Data collection in particular is a major cost factor that makes project developers hesitant to invest. If an electricity grid is then planned too large, for example, this is passed on to electricity prices, making electricity unaffordable for the poor population. Ultimately, electricity grids must be tailored to provide long-term benefits to the people on the one hand and to offer developers an attractive and realistic investment opportunity on the other.

To collect data, Dominguez chose an area in sub-Saharan Africa, the region with the lowest electrification rate worldwide: “In addition to political problems, the areas here are extremely sparsely populated, and the small settlements are very widely scattered. This makes electrification much more difficult — and of course more expensive”, says Dominguez. As part of her Ph.D. thesis, she determined the energy use and requirements of around 250 households in eastern Kenya. In order to make her model applicable worldwide, research institutes in Guatemala and Pakistan support her and provide her with equivalent data sets from these countries.

Dominguez’s fieldwork in Kenya collected data from households without access to electricity and from those that had been connected to a power grid within the last six years. She was concerned not only with recording existing energy sources and their requirements, but also with the change in use after electrification had been completed. The Empa researcher also used diaries, in which the residents recorded their activities, which they had followed throughout the day, in order to get to know their everyday lives and needs and to anticipate changes, which would set in after electrification and which would then be reflected in the demand for electricity. In Kenya, for example, kerosene is an important source of energy to light up the dark mud huts. To get the kerosene, it is often necessary to walk long distances to the dealership. Time that could perhaps be invested in value-adding work at home in the future — if a source of electricity were available.

And once the power supply is available, people start to act accordingly; they buy electrical appliances such as TVs, and power consumption increases accordingly. But how long can the power grid continue to function if demand continues to rise? Dominguez wants to incorporate these dynamics into her model: “In our local surveys, we asked people which appliances they would buy after the first year or second year with electricity. We then compared this with households that had already gone through this process.”

In this way, she wanted to find out how people would handle energy when it was available to them. She knows from her research that engineers are often unable to assess this correctly: “There are great biases here, which often result in power supply systems being designed too large.

To make accurate predictions and recognize consumption dynamics, Dominguez applies machine learning algorithms and data mining techniques. To create the models, the researcher combines global data sets from organizations such as the World Bank with data from project development companies so that she can incorporate additional consumption patterns such as seasonal fluctuations. These are then validated for the three priority regions using field data from Kenya, Pakistan and Guatemala. Mini Grid companies have also provided data on electricity consumption in return for the opportunity to test their model on the basis of local conditions.

This approach highlights the problems facing developing countries with hardly any infrastructure: although technical possibilities for electrification exist and have become cheaper with solar technology, investments in a weak economic environment must be made with careful consideration. Otherwise, there is a serious risk of over-indebtedness on the part of electricity users and, in the worst case, also on the part of the operating companies — which could well exacerbate poverty and deter others from investing in these areas.

Dominguez’s computer model has the potential to overcome at least one hurdle to electrification and thus provide the impetus for a way out of poverty.