70 Years of Macromolecular Chemistry and Physics

A special anniversary issue of Macromolecular Chemistry and Physics, authored by leading experts in polymer science. 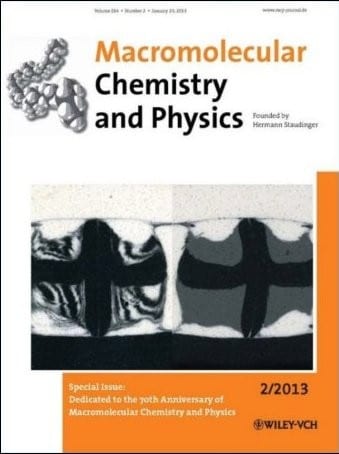 Macromolecular Chemistry and Physics, the mother journal of the family of Macromolecular Journals, celebrates its 70th anniversary this year. It was launched in 1943 under the original name “Die Makromolekulare Chemie” by one of the pioneers in polymer science, Herrmann Staudinger, whose work and scientific achievements were recognized in 1953 with the Nobel Prize in Chemistry.

Today, Macromolecular Chemistry and Physics enjoys a long-established reputation of being one of the leading and most recognized titles in the field of general polymer science – covering carefully selected original work as well as critical examinations of recent trends or presenting ‘young talents in polymer science’. 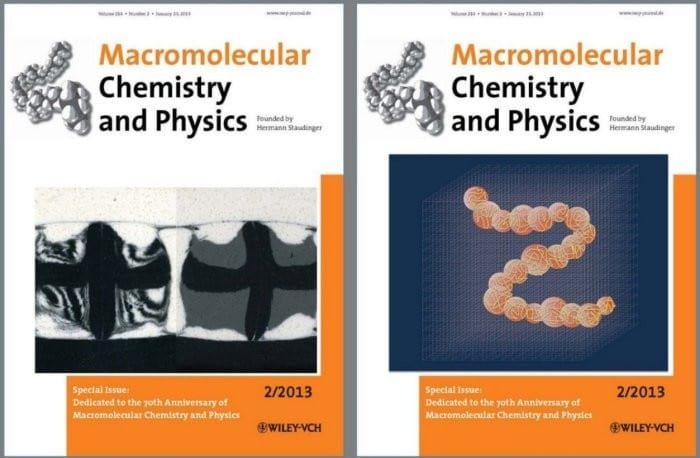 Front Cover and Back Cover of the MCP Special Anniversary Issue

All articles of the special anniversary issue have been authored by members of the Macromolecular Journals’ executive advisory board, and these contributions present original work by some of the leading experts in polymer science as well as several thought-provoking, personal views on recent developments in the field.

Of this collection of fascinating publications, two are available to access for free:

“What Are Core Polymer Chemistry and Physics?” by Chi Wu