Coradia iLint is the name of a new emission-free regional train that might be an alternative to diesel power. 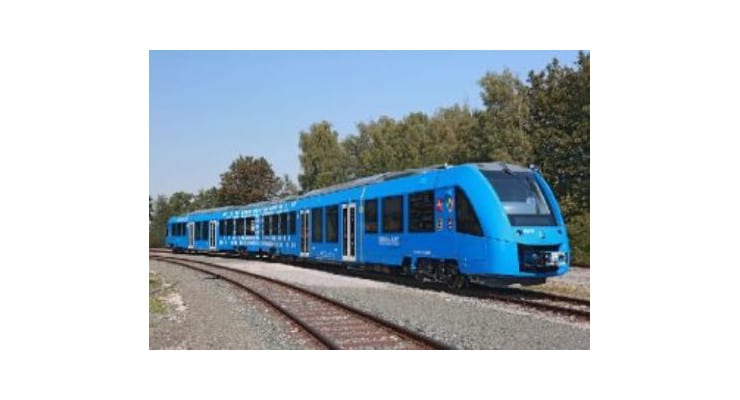 Despite numerous electrification projects in several countries, a significant part of Europe’s rail network will remain non-electrified in the long term. In many countries, the number of diesel trains in circulation is still high – more than 4,000 rail cars in Germany, for instance. 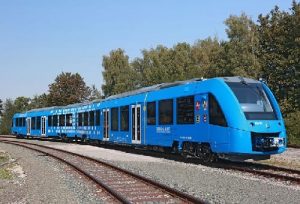 Coradia iLint is the name of a new CO2-emission-free regional train that might be an alternative to diesel power. It is powered by a hydrogen fuel cell, its only emission being steam and condensed water while operating with a low level of noise. The French company Alstom is among the first railway manufacturers in the world to develop a passenger train based on such a technology.

To make the deployment of the Coradia iLint as simple as possible for operators, Alstom offers a complete package, consisting of the train and maintenance, as well as also the whole hydrogen infrastructure out of one hand thanks to help from partners.

This launch follows the Letters-of-Intent signed in 2014 with the German Landers of Lower Saxony, North Rhine-Westphalia, Baden-Württemberg, and the Public Transportation Authorities of Hesse for the use of a new generation of emission-free train equipped with fuel cell drive.

“Alstom is proud to launch a breakthrough innovation in the field of clean transportation which will complete its Coradia range of regional trains. It shows our ability to work in close collaboration with our customers and develop a train in only two years,” declared Henri Poupart-Lafarge, Alstom Chairman and CEO.

Alstom’s Coradia range of modular regional trains has a proven service track record spanning more than 16 years. Over 2,400 trains have been sold around the world and demonstrate a high availability rate. Coradia iLint is based on the service-proven diesel train Coradia Lint 54. It will be manufactured in Salzgitter, Germany, Alstom’s largest site.