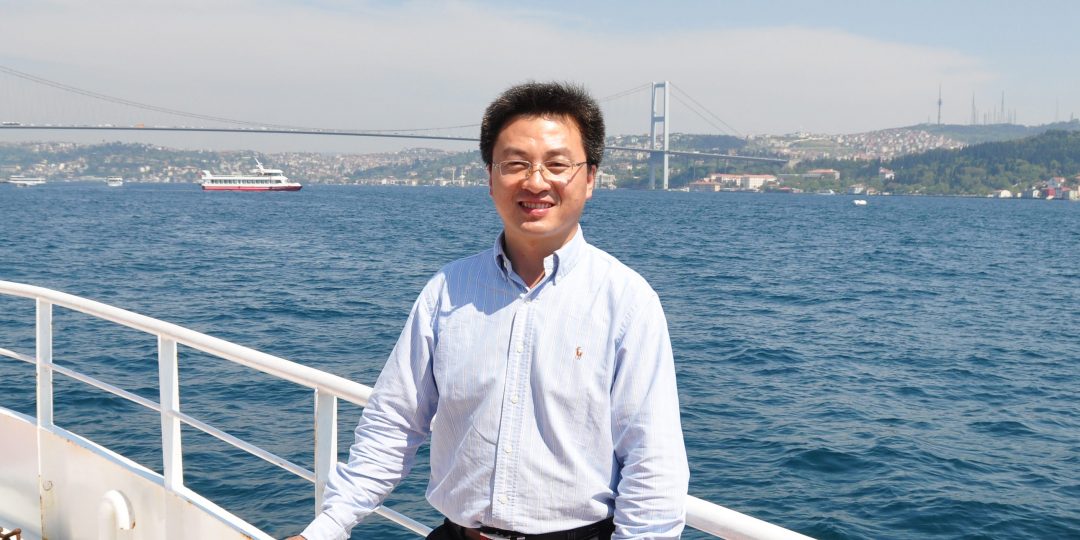 Curiosity during childhood may be the best catalyst for a strong, life-long interest in science. Prof. Yanglong Hou, Changjiang Professor at Peking University, says that as a child, he had an insatiable curiosity and recalls that he would often disassemble radios to investigate how they work.

This need to discover the unknown created a drive in Hou, one that would eventually lead to him to study chemistry in university. Now, he is a leader in energy catalysis and magnetic nanoparticles for biomedical applications. The greatest challenge he faced in getting to where he is today has been navigating the complexity of working within an interdisciplinary field; his current research projects involve chemistry, biology, medicine, materials, physics, and nanotechnology, and it was difficult in the beginning to break into each of these subject areas. After several years of hard work, intensive learning, and discussions with colleagues, he has established lasting collaborations with other scientists from different scientific backgrounds.

When asked about the people who most influenced his career, Hou regarded his Ph.D. supervisor, Prof. Yongde Wei, as someone who always inspires and who encouraged him to think beyond what is conventional. He also fondly recalls his postdoctoral advisors who offered him the first opportunity to branch into different research fields. Their influence marked one of the most poignant times in his career.

Prof. Hou likes to teach about recent and cutting-edge advancements in materials science and encourages undergraduate students to give their own perspectives on different topics. He believes that this will give his students perspective as they can see the applications of the hard science, which he hopes will help them to enjoy it more and develop a fascination similar to his own.

To young researchers in the field, he advises that they be curious, learn everything they can from those around them, and gain inspiration from different viewpoints, methodologies, and alternative ways of thinking. He also adds that one must be vigilant, never let the small or unexpected details pass you by, and “most importantly, keep your chin up and don’t stress. As long as you are patient, there will always be a chance for success.”

In his spare time, Prof. Hou likes running, during which he finds time to relax and think deeply. He also likes photography for the perspective it lends him, and if he had not become a scientist, he would have chosen to be a photographer.

To learn more about Prof. Yanglong Hou and his research, please read his most recent publication titled Galvanic Displacement Synthesis of Monodisperse Janus‐ and Satellite‐Like Plasmonic–Magnetic Ag–Fe@Fe3O4 Heterostructures with Reduced Cytotoxicity, which was published as part of the Advanced Science 5th Anniversary special issue.

#BlackinChem 2021: Everything you need to know
Algae-Laden Hydrogels Could Bring Buildings to Life
Artificial cells' valuable niche in medicine
Bin Liu: "Turn whatever you are dreaming about into reality"